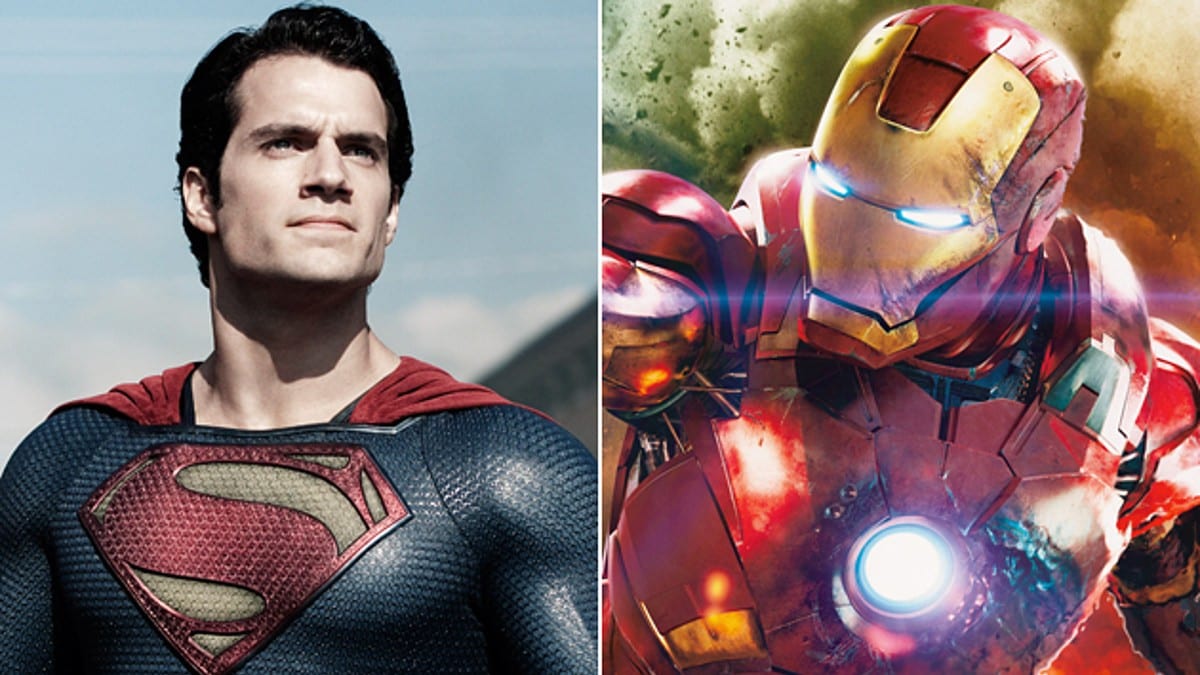 Every superhero fanatic knows Superman and Iron Man. They are two of the most well-known superheroes around the globe and you might have watched their movies, read the comics, came across posters and banners, or simply heard about them from a friend or colleague. Kids and even grown-ups adore them for their exceptional and unique abilities.

With their combined power and strength, they will undoubtedly send their enemies into a whirlwind of defeat. However, some of us might have had some thoughts about them facing each other on the battlefield and have wondered who would win in a clash of Superman

Apparently, Iron Man is reliant on his super armor and without it, he will undeniably face defeat in a fair and all-out battle against Superman. On top of that, Iron Man’s powers and abilities are limited to his armor’s full capacity. Meanwhile, Superman possessed supernatural attributes which put him in a few levels above Iron Man.

Regardless of who will win and who will not, Superman and Iron Man

‘s powers are truly out of this world and both of them are exceptional in their own way. As you read on, you will know more about Superman and Iron Man’s individual capabilities and why the Man of Steel has more edge over his opponent.

To start off, Iron Man’s suit is his main weapon against his rival. His genius level of intellect enabled him to invent and develop a powered armor suit which is equipped with a variety of powerful weapons and provides him with superhuman strength, as well as heightened senses that exceed that of human capacity. Some powers and abilities of Tony Stark, also known as Iron Man, include his remarkable skill in hand-to-hand combat and martial arts.

Powerful repulsor blasts are one of the primary offensive weapons of his suit. These repulsor blasts are located on his palms and can generate powerful and concentrated beams. Furthermore, the unibeam, which is situated on Iron Man’s chest, is much more powerful than the hand repulsors but also the most energy-consuming weapon on his suit.

With the help of booster jets, he also has the ability to levitate at a supersonic speed. Additionally, Iron Man’s suit can generate energy shields which can decrease the damage and increase the durability of his armor. Energy absorption is also one of the special features of his suit, which is apparently the other way of firing the omnibeam. It absorbs and drains the energy around Iron Man’s vicinity. His suit was also designed to absorb and convert different types of energy resources that can be found nearby or from distant places.

His armor can emit sleeping gas which is released through his palms’ gauntlets that can put people into a deep slumber for hours. He can produce acid too which can be mixed with cryogenics to create acid ice. These cryogenics is responsible for releasing ice bombs and chemical crystals that can freeze the air around his opponent.

His suit is also equipped with laser attacks, smart missiles, and rocket strikes which can target the weak points of the enemy and inflict maximum damage. Iron Man’s armor can also emit high-frequency supersonic signals that can totally shut down a human brain. Depending on the type of weapon he uses, the range varies from tens of kilometers up to a planetary distance.

Moreover, his suit has a 360-degree vision, a full range of telecommunications, advanced artificial intelligence, and an upscale sensor system that provides him with radar, night vision, scanners, and physiological data. With his Engineering skill, he is capable of building and repairing anything he fixes his mind into. He has also created specialized suits with different specifications and for that, he is well-known as the Armored Avenger.

On the other hand, Superman, also known as The Man of Steel, was vested with tremendous superpowers and extreme abilities. He possessed super speed which makes him move faster than light. This allows him to travel great distances in a short span of time. Through this ability, he can cross far-away galaxies and other universes. Not only that he can jump from tall buildings to another in a single leap, the ability to fly and defy gravity is also one of his specialties.

Superman also has invulnerability and superhuman strength that could move an entire planet and withstand an atomic explosion. More so, his immunity to all human diseases, viruses, illnesses, and all types of radiation, except for the red sun and kryptonite, is one of the advantages he has. He was also given heightened senses such as x-ray vision in which he can perfectly see through solid objects, heat vision which gives him the ability to emit powerful laser beams through his eyes, microscopic and telescopic vision.

Superman’s super-breath can cool down anything into sub-zero temperatures, commonly known as Freeze Breath, and generate powerful winds that can move massive objects and completely extinguish a fire. He can also hold his breath indefinitely, making him capable of traveling out of space and underwater for long periods of time without support from any types of breathing apparatus. His enhanced hearing allows him to pick up any sounds at great distances. This enables him to hear detailed sounds like a human’s heartbeat and even noises from other planets. This also plays an important role when people make distressed calls, especially when they need Superman’s help.

Moreover, he has a particularly high level of intelligence and mental capabilities such as absorbing an enormous amount of information and the ability to understand and speak any language. He has the power of hypnotism which he often used to hypnotize people to obey his commands, to erase specific events, and to keep his real identity secured. Similarly, he can also obliterate someone’s memory through a simple kiss and this ability of his is called the memory-wipe kiss.

He is not only resistant to physical injuries, but Superman can also survive without any food, water, or rest due to his extraordinary stamina especially while being exposed to the yellow sunlight and healing ability that can regenerate physical damage at an advanced rate. He can easily tend to his injuries and wounds at his own will and just by using his ability alone. Due to being adaptive to Krypton’s heavier gravity, Superman’s muscle power and abilities are sustained by solar energy.

Who Would Win Superman or Iron Man

Fans were ecstatic when Stephen Byrne, the same artist who drew Marvel Twins and Justice League miniseries, posted a few of his personal illustrations on his Twitter account depicting a clash between the famous Marvel and DC superheroes. It was a fairly short battle between the Avengers; Captain America, Iron Man, and Thor versus DC’s Trinity Heroes; Batman, Superman, and Wonderwoman. People were thrilled about the fight and are looking forward for a much more detailed version.

As a matter of fact, Marvel and DC Comics have had several crossovers in the past years with popular superheroes fighting each other. In the new crossover artwork posted on Twitter by Byrne, he illustrated how Superman can easily destroy Iron Man’s armor. In the background of the crossover panel, Captain America’s shield can be seen damaged in half and the place is in total disarray. It is evident that the Marvel and DC heroes were not on the same page and it somehow ended up in complete chaos.

Iron Man makes his calculated move by firing multiple rockets and repulsor rays at his opponent. But unfortunately, as the smoke clears up, he was met with Superman’s sharp look which screams absolute threat and danger. The next thing Iron Man knew, he was already face-to-face with the raging fist of the Man of Steel. Superman’s powerful punch inflicted critical damage to his opponent’s armor to the point of breaking it into fragments.

This clearly shows how Superman’s extraordinary strength can easily outclass Iron Man’s armored suit. Although some fans are still proving their points about who would actually win between these two superheroes, it is obvious that this fight is one exhilarating battle.