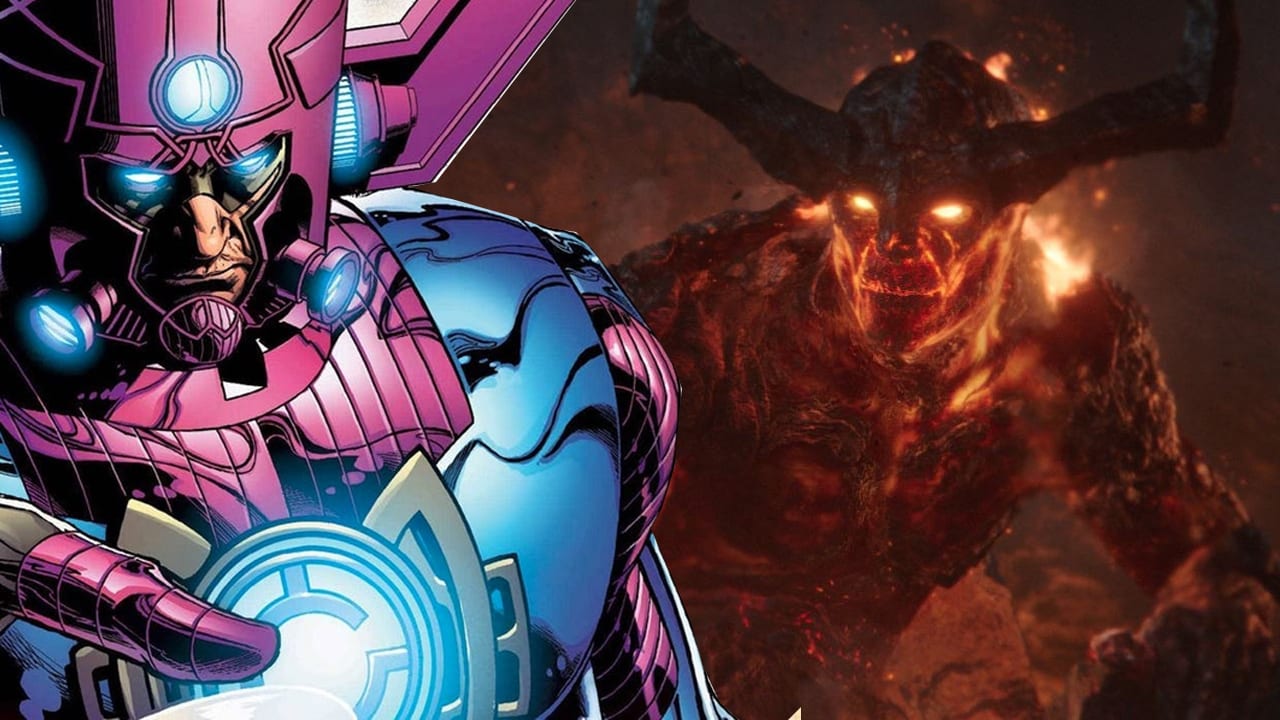 Surtur and Galactus are two popular supervillains developed by Marvel. Both of them have cosmic powers and are no match for even the strongest superheroes.

Marvel fans have always wanted to see a fight between these two. But before they do, let us compare them against each other in this blog on Surtur vs Galactus: Who Would Win?

Galactus is a winner in this one for sure, it may seem strange to you but let us explain in detail in the text below.

How powerful is Surtur

Surtur is a popular Marvel character, who is a fire giant. It was inspired by the fire giant Surtr from Norse Mythology. Artist Jack Kirby and Stan Lee were the ones behind adapting this mythological figure into modern-day pop-culture.

We have seen him on the big screen back in 2017. Surtur was the main antagonist for the 2017 Marvel film Thor: Ragnarok

And in the comic world, Surtur first appeared in the Journey into Mystery

, published back in 1962. In that comic, he was portrayed as a giant from the extradimensional planet Muspelheim.

He got in a fight with Asgardian Odin which led to his defeat. Odin sent him to Earth and imprisons him. Surtur offered a winged horse to change Odin’s mind, but he failed.

To understand how powerful Surtur is, let us consider the fight between him and Hela. Hela was the daughter of Odin, and the more time she spent on Asgard, the stronger she grew. We even saw her destroy the Mjolnir using her bare hands.

When Thor used his Hammer and hit Hela with lighting, she didn’t have a scratch on her body. She comes out alive, and intact.

So this proves that she was stronger than most Asgardian gods and presumably stronger than Thor himself. But why are we talking about Hela? Aren’t we supposed to determine how strong Surtur is?

Yes. Of course. We had to look into Hela because she was defeated and presumably killed by Surtur. This helps us visualize Surtur’s powers.

How powerful is Galactus

Galactus is another supervillain in the Marvel Universe. It was developed by the same two people – Stan Lee, and Jack Kirby.

, which was first published back in March of 1966. In the comic, he was introduced as a mortal man, who later goes on to attaining god-like powers. To maintain his superpowers, he would consume entire planets.

Galactus was the first attempt by Marvel to break their usual villain archetype. They wanted a villain who had no regard for the human morale. He would not let anything get in his way.

Galan is not from a distant planet, light years away from our Earth. He is not from this Universe either. Galan, who later becomes Galactus, comes from the universe that preceded the Big Bang.

When Galan got to know that his world was coming to an end, he merged with the sentience of his Universe.

Many comic fans would consider Galactus as powerful as Odin, Thanos, Celestials, and Zeus.

Let us now see how strong and might Galactus is. First things first, Galactus is the oldest living entity in the entire universe, who has a very different outlook on morality.

We even saw Galactus withstand a Nega bomb explosion. Telepathy, telekinesis, resurrection, teleportation, levitation, size-alteration are only some of the superpowers he has.

Surtur vs Galactus: Who Would Win

Both Surtur and Galactus have one thing in common. Both these supervillains need to recharge themselves. They do not have an infinite supply of energy to keep on sustaining themselves.

For instance, Surtur is the most powerful when the Eternal Fire is near him. Similarly, Galactus needs to keep on consuming planets to sustain himself. So, in this area, we have no winner.

Galactus can manipulate reality. Being a cosmic entity as he is, he can even warp-time. This is one area where Surtur has nothing to offer. So Galactus gets another point here.

Let us compare these two supervillains in terms of their size now. Surtur has a taller and wider body than mortals. And this surely helps him defeat many of his archenemies pretty easily. But Surtur is comparable to an ant in front of Galactus.

Galactus eats entire planets for breakfast. A cosmic entity that can devour planets larger than the largest planet in our solar system Jupiter, is no joke. So one more point to Galactus.

Surtur has a secret weapon though – his Twilight Sword. He used this sword to defeat Odin, Thor, and Loki at the same time. But can Surtur use it to kill Galactus?

Maybe he can, maybe he can’t. If Surtur is lucky enough to strike Galactus when he is on a low energy level, he might be able to defeat, even kill Galactus. But that has a very low possibility because Galactus doesn’t need to hunt for his meal. This universe is filled with stars and planets. Even if Galactus eats 6 stars a day, he won’t reach a point when he will have devoured all the planets of this universe. So the point goes to Galactus.

Another way to determine who would win in a Surtur vs Galactus war is to look at one common both of them have faced – Odin.

When Surtur tried to destroy all the nine realms, and reality, Odin was the one who put off his eternal fire. On another occasion, Surtur was defeated by Odin and imprisoned on Earth.

On the flip side, Galactus fought two wars with Odin. In one fight, they engaged in a mental war, where both of them were trying to get inside each other head. In their second battle, Surtur defeated Odin. So one more point for Galactus.

Some of you might argue that Surtur could beat Galactus when he was hungry and weak. But that’s not feasible. Galactus can stomp Surtur no matter for how many days he was hungry for.

Surtur can destroy planets too. When he was at his peak, he destroyed Asgard. But on the other hand, Galactus can destroy multiple planets at the same time.

So on the 7 areas, we compared Galactus, and Surtur, Galactus came out with 7 points, and Surtur only one. So a clear and pretty easy victory for Galactus.

His name strikes terror throughout the universe: Galactus, the devourer of worlds! This is the intro into Galactus the Devourer Paperback, check it out at Amazon.com