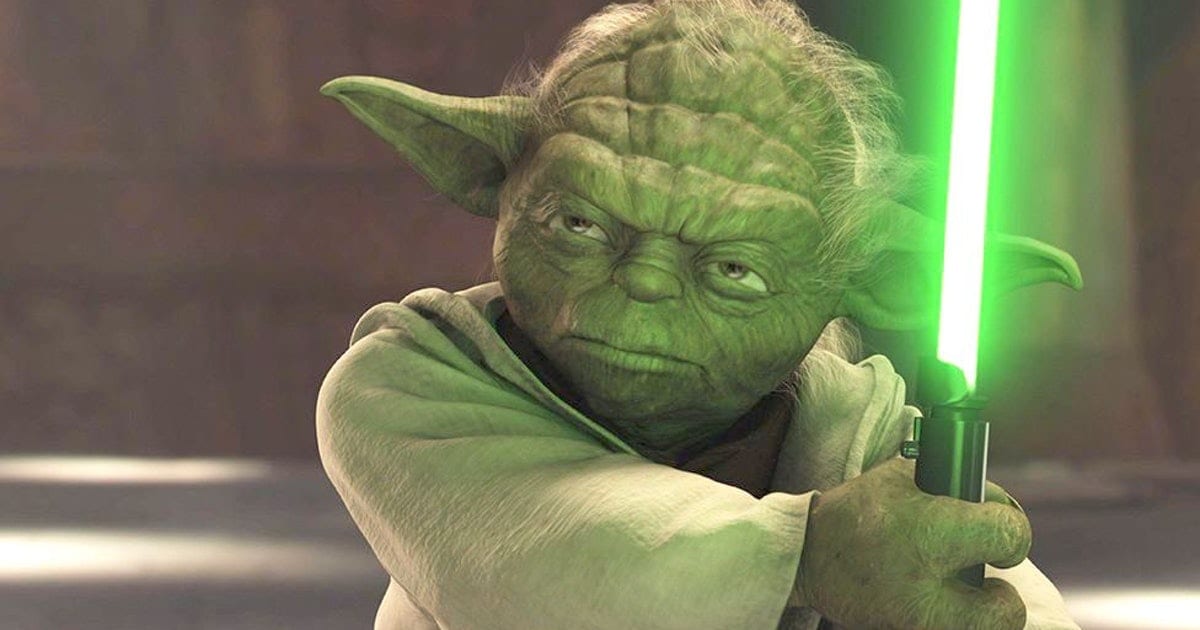 As far as things stand at the moment, Yoda truly was the most powerful Jedi in the Star Wars franchise, even if we include the expanded Legends universe. There are Force users more powerful than Yoda, but as far as the Jedi go – Yoda is still the most powerful one.

What is the extent of Yoda’s powers?

The true extent of Yoda’s powers is immense and far bigger than it was shown in the canon. The Legends universe really expands on Yoda’s story and reveals a lot of his backstory and the powers he had. Also, the novelisations of the movies also reveal much more about his powers than the movies themselves. Although Disney retconned the whole franchise, we can still use it as a source of reference as true fans actually do.

Not much is known about Yoda’s origins and his still unnamed species. Although his role in the franchise is pivotal, he is still one of the most mysterious characters in the whole series. He comes from a long-living species (he himself was 900 years old at the time of his death) and has had time to explore and perfect his skills. It is known that, after attaining the rank of Jedi Knight, Yoda went into self-seclusion for a 100 years(!) – possibly on Dagobah – where he spent most of his time meditating and learning about the Force. When he returned, he was so powerful that he was immediately given a seat in the Jedi Council, an honour some of the most skilled Jedi in history (e.g. Qui-Gon Jinn) have not been given.

To list all the powers Yoda has would be overly long, so we’ll just focus on the main ones. He is, as far as we know, the most powerful Force user among the Jedi and the most powerful Force user in the movie canon. That said, Yoda is not – when the Legends universe is taken into consideration – the most powerful Force user in the Galaxy, but the ones more powerful than him were usually deities or god-like beings and were not Jedi (e.g. the Father, the Son & the Daughter, the Priestesses); Yoda even met the Priestesses and learned from them. Yoda’s abilities with the Force are immense. He could manipulate even very large objects without much trouble, he could see into the future and was easily able to turn into a Force Ghost once Qui-Gon discovered how to do it; as shown in Episode VIII, Yoda was able to manipulate reality even as a Force Ghost, which shows the extent of his powers. Another important piece o evidence here is the fact that Yoda is the only known Jedi (along with his future apprentice, Luke Skywalker) that could deflect and counter Force Lightning, a very powerful “weapon” of the Sith. As demonstrated in fights against both Count Dooku and Darth Sidious, Yoda was able to absorb the Force Lightning sent at him and use deflect it, which surprised both his opponent at the time, since it was presumed that it was impossible to deflect Force Lightning without a lightsaber; Yoda did it with his hands, just by using the Force.

When talking about lightsaber skills, Yoda is usually perceived as the second-best among the Jedi, with Mace Windu being the best duelist. Although it is true that Mace Windu was a master with the lightsaber and his Force skills were inferior to his duelling skills, it is not absolutely certain that he was (so much) better than Yoda. Yoda has proven to be a great duelist when he successfully fought both Count Dooku and Darth Sidious, both of who are excellent duelists. Yoda would’ve won against Dooku had Dooku not cheated, while the duel against Darth Sidious would – ultimately – have gone in Yoda’s favour had the future Emperor not cheated; let’s not forget that Darth Sidious is considered to be one of the best duelists in the history. In both cases, Yoda’s withdrawal was a tactical move and not a loss. The Legends universe expands on both Yoda’s and Windu’s lightsaber skills and it is revealed there that the only two people who’ve defeated Mace Windo in a duel were – Count Dooku and Yoda.

This was just a glimpse into Yoda’s powers, but as you could’ve seen – the Jedi Grandmaster was truly powerful.

Was Yoda the most powerful Jedi?

When comparing Yoda to other characters, we have to consider the fact that the original movie canon doesn’t reveal as much as the expanded Legends universe. In the original canon, Yoda is definitely the most powerful character, as even the version of Luke Skywalker from the Sequel Trilogy wasn’t as powerful as Yoda. But, the situation in the expanded universe is a bit trickier.

Namely, the Legends universe expands a lot of the stories and although it does reveal more about Yoda, it also reveals a lot more about Luke. In the Legends universe, Luke Skywalker manages to achieve the full potential his father, Anakin (a.k.a. Darth Vader), never did. Luke truly becomes a powerful Jedi and there is certainly enough evidence to state that he became more powerful than Yoda at one point. But the Legends universe is very diverse and it has a lot of different narratives and stories, so we can also state that there is enough evidence to support the theory that Yoda’s powers were unsurpassed in the Galaxy, as far as the Jedi are concerned. This is a debate without a correct answer, but taking into account everything we know and the diversity of the Legends universe, we are of the opinion that Yoda was the most powerful Jedi after all, with Luke coming very close to his former Master, but not surpassing him.