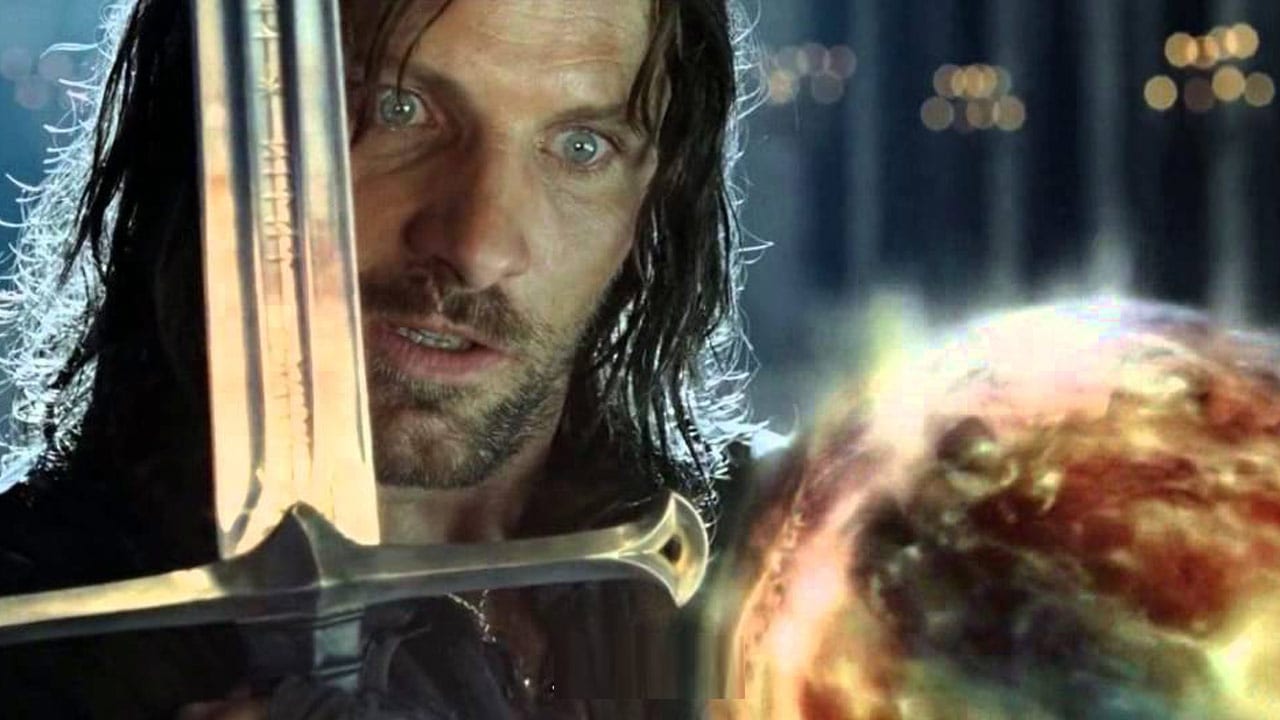 The battle of Black Gate from the end of the Lord of the Rings trilogy may be one of the most memorable scenes from the entire trilogy. However, there is a mystery regarding that scene. At one point, Sauron addresses Aragorn, but what exactly did he tell him?

Sauron told him that he could not be the real king and gave him his requests before they engaged in battle.

If you would like to know what prompted this exchange keep reading.

What did Sauron whisper to Aragorn?

This exchange is portrayed a bit in the movies from the way it was originally written.

In the movies, Sauron called Aragorn out by his name. This happens once Aragorn arrives in front of the Black Gate. At that point, Sauron has a clear view of Aragorn and at that point he addresses him.

The movie does not clearly spell out the meaning of this Sauron’s act for the viewers but it is most likely a way of recognizing that now that Aragorn is there, it is time for a rematch.

Sauron sees this as an opportunity to settle his score with Aragorn himself after their duel through Palantir, where Aragorn overpowered him, as well as the events that took place at the end of the Second Age when Sauron was defeated by Aragorn’s ancestors.

In the books, however, do not get addressed by Sauron, but rather he speaks with the Mouth of Sauron. He tells Aragorn that it takes more than elvish glass and a broken Elvish blade to be the king.

After the remark, the Mouth of Sauron presents Sauron’s conditions and after Gandalf rejects them on the behalf of Aragorn, he returns to the Gate and calls on Sauron’s army to prepare for an attack.

Did Sauron think Aragorn had the ring?

Sauron did believe that Aragorn had the ring. According to Sauron’s assumptions, Pippin was the last holder of the ring, as he was able to communicate with him through the Palantir.

Because the next person he communicated with was Aragorn, Sauron believed that Aragorn captured Pippin and took away his ring.

However, this was the plan all along. Gandalf wanted to make Sauron believe that Aragorn had the ring. This would then provide a distraction once they showed up at the gate.

Gandalf believed that Sauron would never think that they were trying to destroy the ring behind his back and that he would believe Aragorn is trying to claim the ring and once he acquires it, he would use it against Sauron.

Was Sauron afraid of Aragorn?

However, after their battle for control of Orthanc Palantir, Sauron became afraid of him. During this battle, Aragorn was able to avoid getting overpowered by Sauron and managed to use the stone to see what he was looking for.

In addition to this Sauron realized that Aragorn was not any man. He was in fact a descendant of Elendil, a man who defeated him 300 years ago.

After realizing his heritage and his power through the battle of Palantir Sauron determined that Aragon was a treat and that he was his main opponent in the upcoming battle.