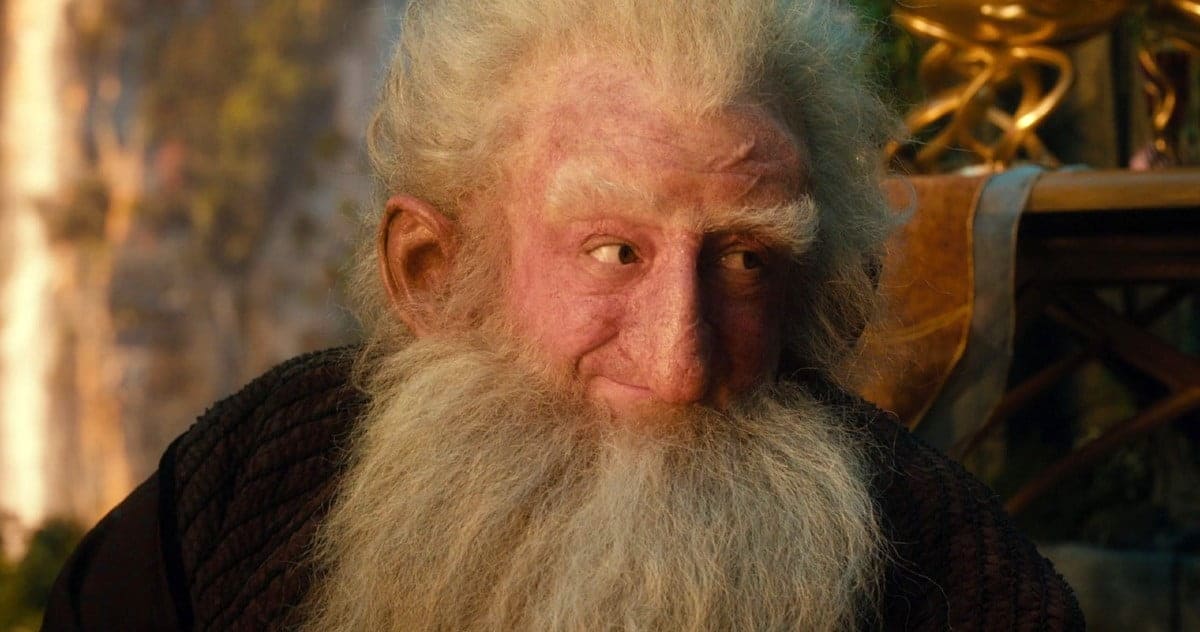 Moria was lost to dwarfs for a long long time, when Balin, with his expedition, set on a journey to reclaim it again. He even succeeded at that, but his destiny and the destiny of his fellowmen is not so bright.

Towards the end of the Third Age, the dwarf Balin led a group to open the city, including Flóia, Óina, Oria, Frára, Lónia, and Nália, although Balin’s mission was against the wishes of King Dáin. At first, everything went well, but after five years the colony was destroyed by the orcs.

We have jumped over two ages of Middle Earth, but this is where Balin’s Expedition went to once again reclaim Moria for dwarfs.

After Sauron’s defeat, Khazad-dûm (also a name for Moria) was able to recover a little, and it wasn’t until some 1300 years later that the longbeards were attacked again by the orcs. But the catastrophe was not approaching from the outside: by this time, the more easily accessible veins of the mithril had been exhausted, and finally, in 1980, the Moria miners dug so deep that they awakened or released a terribly powerful and evil being. That being was called Balrog (yes, the same Balrog the Gandalf fought) and it killed King Durin VI that year, and during the following year, he killed Nain his son. The dwarves could not conquer or at least expel Durin’s fate (another name for Balrog that he got after killing King Durin), so they were forced to leave their old home and escape to Erebor. Khazad-dûm was abandoned, and was called “Moria” by the elves. The Orcs of the Misty Mountains then settled in Moria: according to some sources at Sauron’s command.

After many centuries, in 2790, Thrór, Durin’s successor, expelled from Erebor by the attacks of the dragon Smaug, foolishly tried to enter the home of his ancestors, despite warnings. He was killed by the chief of Orcs Azog, the infamous killing caused the War of Dwarves and Orcs culminating in the Battle of Azanulbizar at the eastern gate of Moria nine years later. The Dwarves won and Azog himself was beheaded by the Dáin II Ironfoot before the great Orc was able to reach the door security, but the Dwarves also suffered heavy losses and did not want to face Durin’s fate. There were so many dead that the dwarves could not dig enough graves for the killed, as was their custom, but were forced to burn their dead. They cut down so many trees to make a stake that the valley of the Azanulbizar (“Dimrill Dale”) is forever cleared of trees. The dead were honorably known in future years as “Burned Dwarves.” After Pir’s victory, Thrór’s son Thráin II tried to re-enter the mines, but Dáin stopped him and prophesied that another force, not the dwarves, must come before Durin’s people could return to Moria.

What Happened to Balin’s Expedition in Moria?

Eventually, Balin and his expedition reached and entered the Dimrill Dale. Battle soon ensued that day leaving many orcs dead, and Flói killed a chieftain but was killed soon after. The Dwarves subsequently took the East-gate and First Hall.

Afterward, Flói was buried under the grass near Mirrormere, and the Dwarves continued systematically taking the eastern parts of the city which chiefly included the Twenty-first Hall. The Colony also managed to find many old treasures such as mithril, gold, Durin’s Axe, and a helm. Balin set up his throne in the Chamber of Mazarbul, proclaiming himself Lord of Moria.

For five years the colony explored and thrived, even sending messengers to Erebor to inform their kin of their doings.

This all changed on 10 November T.A. 2994. As Lord Balin went to go look in Mirrormere, an orc archer fatally shot him from behind a rock. The Dwarves killed the archer, but many more orcs came up the Silverlode river. After a short battle, and with Balin’s body rescued, the surviving Dwarves retreated back into the First Hall and barred the East-gate. Eventually, the Bridge of Khazad-dûm was captured, along with the Second Hall, but only after a great battle there that left Lóni, Frár, and Náli dead. Óin apparently led a group west, hoping to find and escape through the Doors of Durin, but the Watcher in the Water killed him and of his group only four returned. Trapped, the remaining Longbeards with Ori retreated to the Chamber of Mazarbul, where they placed Balin’s body in a tomb. There Ori wrote the last pages in the Book of Mazarbul before he and the last few remaining Dwarves perished in a final stand.

After receiving no news from the Colony for twenty-five years, the Dwarves of Erebor became worried about the fate of their kin. As a result, Dáin Ironfoot sent Glóin and his son Gimli to Rivendell to seek news about the colony and advice from Elrond. When Frodo Baggins met Glóin and asked him about Ori, Balin, and Óin, his face darkened, saying that he did not know.[4] Gimli eventually learned of their fate when he crossed the dwarven realm with the Fellowship of the Ring. He later reported their fate to Thorin Stonehelm.

And this is the real story about what happened to Balin’s expedition to Moria.