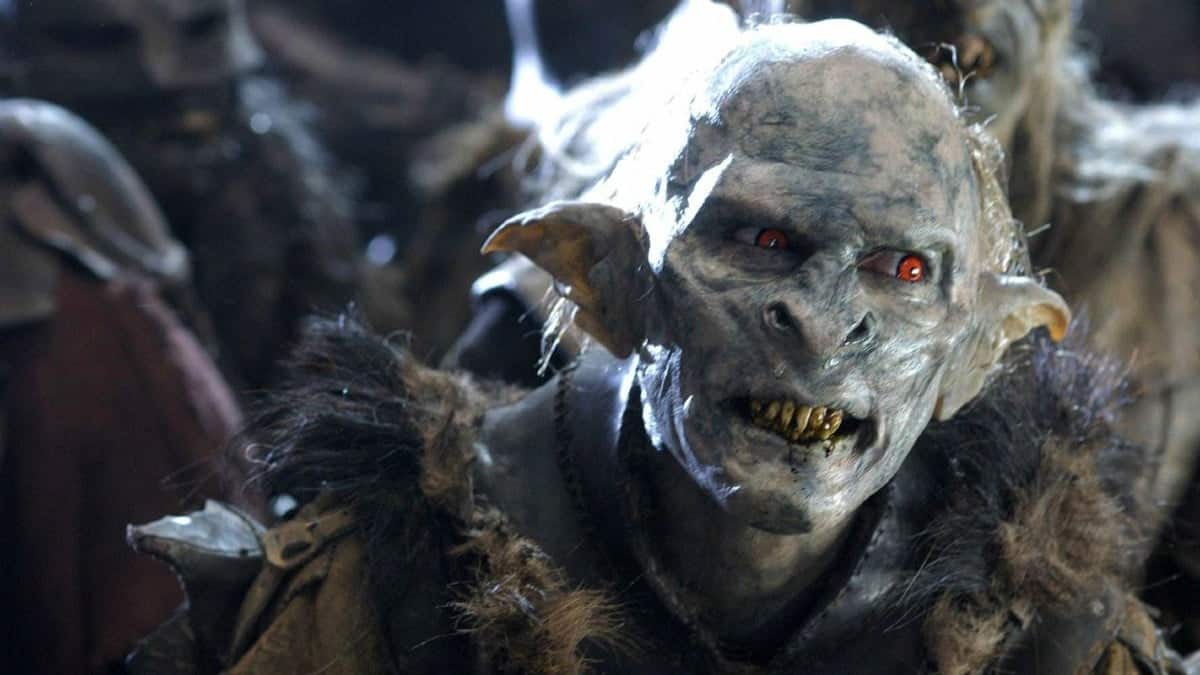 Sauron was defeated at the end of the War of the Ring, but in the Lord of the Rings, it was never explained what happened to ‘his’ orcs and goblins after his ultimate end. In this article, we will give you an answer to those questions.

First, so you can follow easier, we have to say that Orcs and Goblins are almost the same things in Middle-earth, as we wrote more about it on our link, and some stories depict them as clearly different creatures, while others depict them as being the same.

We will first tell you a few things about Orcs, and that is important to get a better understanding of what happened to them after the War of Rings and Sauron’s defeat.

Orcs in the Middle-earth

Orcs were the primary foot soldiers of the Dark Lords’ armies and sometimes the weakest (but most numerous) of their servants.

They were created by the first Dark Lord, Morgoth, before the First Age and served him and later his successor in their quest to dominate Middle-earth.

Before Oromë first found the Elves at Cuiviénen, Melkor kidnapped some of them and cruelly tortured them, twisting them into the first Orcs.

Many Orcs (along with fallen Maiar and other evil servants of Melkor) survived in the deep caves, pits, chambers, and tunnels of Melkor’s great underground fortresses of Utumno and Angband. They multiplied and later spread through northern Middle-earth.

They were first seen by the Dwarves who reported them to King Thingol, the High King of the Sindar, causing the latter to seek weapons of war for the first time. For over a millennium, the orcs were only a minor problem, but when Melkor (Morgoth) returned with the Silmarils he took full charge of them and soon unleashed them on Beleriand. The newly-organized orcs killed Denethor, the King of the lightly armed Laiquendi, but were eventually defeated by Thingol and his allies.

They besieged the Havens of the Falas under Círdan, and the siege wasn’t broken until the arrival of the Ñoldor. The heavy losses that the Sindar suffered at the hands of the Orcs frightened them to the point that Melian, Queen of Doriath raised a great enchantment to protect their kingdom. The Laiquendi, who suffered the most in the battle, hid in the Ossiriand under the cloak of secrecy or took refuge in Doriath.

In J.R.R. Tolkien’s writings, Orcs were cruel, sadistic, black-hearted, vicious, and hateful of everybody and everything, particularly the orderly and prosperous. Physically, they were short in stature (unless of the Uruk variety) and humanoid in shape. They were generally squat, broad, flat-nosed, sallow-skinned, bow-legged, with wide mouths and slant eyes, long arms, dark skin, and fangs. Tolkien describes one “huge Orc chieftain” as “almost Man-high”, and some must have been close to Hobbit height, as Sam and Frodo were able to disguise themselves as Orcs in Mordor. They were roughly humanoid in shape with pointed ears, sharpened teeth, and grimy skin. Their appearance was considered revolting by most of the other races.

Melkor was the first to learn of the Awakening of the Elves. He soon began sending evil spirits among the Elves, who planted seeds of doubt against the Valar. It is also rumored that some of the elves were being captured by a “Rider” if they strayed too far, and the elves later believed these were brought to Utumno, where they were cruelly tortured and twisted into Orcs.

In the First Age, thousands of Orcs were bred in Angband by Morgoth and to participate in the Battles of Beleriand, which lasted 587 years. They first appeared in the Battle of Lhammoth, where they were defeated by the Noldor. When the House of Fëanor returned to Middle-earth Morgoth sent a force of Orcs against them. Although the Orcs outnumbered the exiles they were no match for the power and wrath of the Ñoldor and were quickly and easily defeated.

However, Fëanor could not defeat the power of Morgoth alone and he was killed, leaving the Orcs to continue to breed under the Dark Lord. Years later, when the House of Fingolfin arrived in Middle-earth, Orcs were sent against them as well, but they were utterly defeated in the Battle of the Lammoth.

After their crushing defeat in the Dagor Aglareb and in a minor raid on Hithlum, the Orcs nevertheless regained their numbers and fought again in large numbers in the Dagor Bragollach and Nirnaeth Arnoediad, where they and their master won crushing victories against the free peoples. They were nearly destroyed in the War of Wrath, and those that survived fled eastwards into the Mountains of Angmar and the Grey Mountains.

Second Age and on

Sometime around SA 1000, Sauron reappeared in Middle-earth and made the land of Mordor his realm, and then started to build the foundations of Barad-Dûr. During the War of the Elves and Sauron in SA 1700, the Orcs formed the main host of Sauron’s power. Despite the immeasurable number of Orcs present, the battle was won by the Elves and the Numenoreans due to their united force and numbers.

Until Sauron’s final downfall in the Third Age, Orcs remained the backbone of the armies of Mordor, and of Isengard when Saruman ruled it.

Initially, they were decimated after the death of Sauron, dying in droves at the Black Gates, and being slain nearly to the last Orc by the Men of the West in the period after the great victory. For the Orcs of Mordor, it amounted to genocide; and only a few remained, back in natural caverns that were not of Sauron’s making, and therefore did not collapse when the strings of Sauron’s power were cut, the way most of his works did.

In other parts of the Middle-earth, however, such as the Misty Mountains, the Orcs were not nearly so dependent on Sauron, and most of them not slain in the battles before Erebor at the end of the Fourth Age would have survived.

We know they reproduce after the manner of the Children of Iluvatar (Men and Elves, especially Men, who actually seem to enjoy sex) since Tolkien said so. And we know they were originally bred (not created as such) by Morgoth; undoubtedly bred on an industrial scale in Mordor by Sauron; and elsewhere, were self-sustaining and self-governing.

The wills of Orcs were controlled and dominated from without, not entirely from within, by the magic of Morgoth and Sauron. By “magic,” it is referred to as the use by this Vala and this Maia of energy that was part of their substance as supernatural beings. When Sauron, at last, was slain, we witnessed the collapse of his physical works; and we know that his invisible works collapsed as well: the curses binding the Orcs to his will and direction lost their force, and the Orcs were left witless with terror, and with no will to live.

For the Orcs farthest from Mordor, however, in the North of the Misty Mountains, for example, the situation would not have been irretrievable.

In the first years of the Fourth Age, Men in the south and Dwarves and Elves in the north would probably have massacred the Orcs as deliberate policy; but within a generation of Men, say 20 years, this murder would have ceased and the surviving Orcs would have been left to their own devices in the most remote mountains, where they could subsist underground with little need to interact with others.

Aragorn banned the Orcs from Gorgoroth, which was so badly polluted by Sauron as to be largely incapable of life anyway, as well as other lands that would be claimed by men (probably the Misty Mountains and certainly Mirkwood) and confined them to South Mordor around Lake Nurn.

Since Tolkien acted like Middle Earth was actually part of this world (implausibly) then he had to explain why there are no Orcs, Hobbits, Trolls, Dwarves, or Elves here today. These people “faded” away in the face of men becoming more dominant and taking over more and more of Middle Earth.

Aragorn’s kingship represents the “breaking point” where the ancient order with multiple races gives way to humans taking over. Thus, the Orcs were confined to certain lands and forbidden (by implication) from spreading out.

Ultimately the Orcs were exterminated (with some possible racial intermingling like Modern Humans and the Neanderthals) but left their mark on the modern world – Tolkien liked to imagine that “orcs invented all the devices for killing large numbers of people at the same time.”

The Orcs were actually creatures of Morgoth, not of Sauron, being corrupted by him during the years of the Trees.

Since Morgoth dissipated his power into Arda, and since he was removed from the world at the end of the First Age, the defeat of Sauron has no effect on them so long as general survivability is concerned.

Also, there have been extended periods of time between the defeat of Morgoth and the final defeat of Sauron when Sauron was not active and could not command them. These times were as recent as TA 2950 (i.e before Sauron declared himself openly again) and were what Shagrat and Gorbag refer to in their discussion in the Two Towers:

‘They would,’ grunted Gorbag. ‘We’ll see. But anyway, if it does go well, there should be a lot more room. What d’you say? – if we get a chance, you and me’ll slip off and set up somewhere on our own with a few trusty lads, somewhere where there’s good loot nice and handy, and no big bosses.’
‘Ah!’ said Shagrat. ‘Like old times.’

There’s no reason to suppose that post-Sauron times, after the War of Ring, would be any different from these “old times”. In other words, the Orcs would resort to independent banditry rather than being an organized force, and would later probably be exterminated by other species (Men most probably).