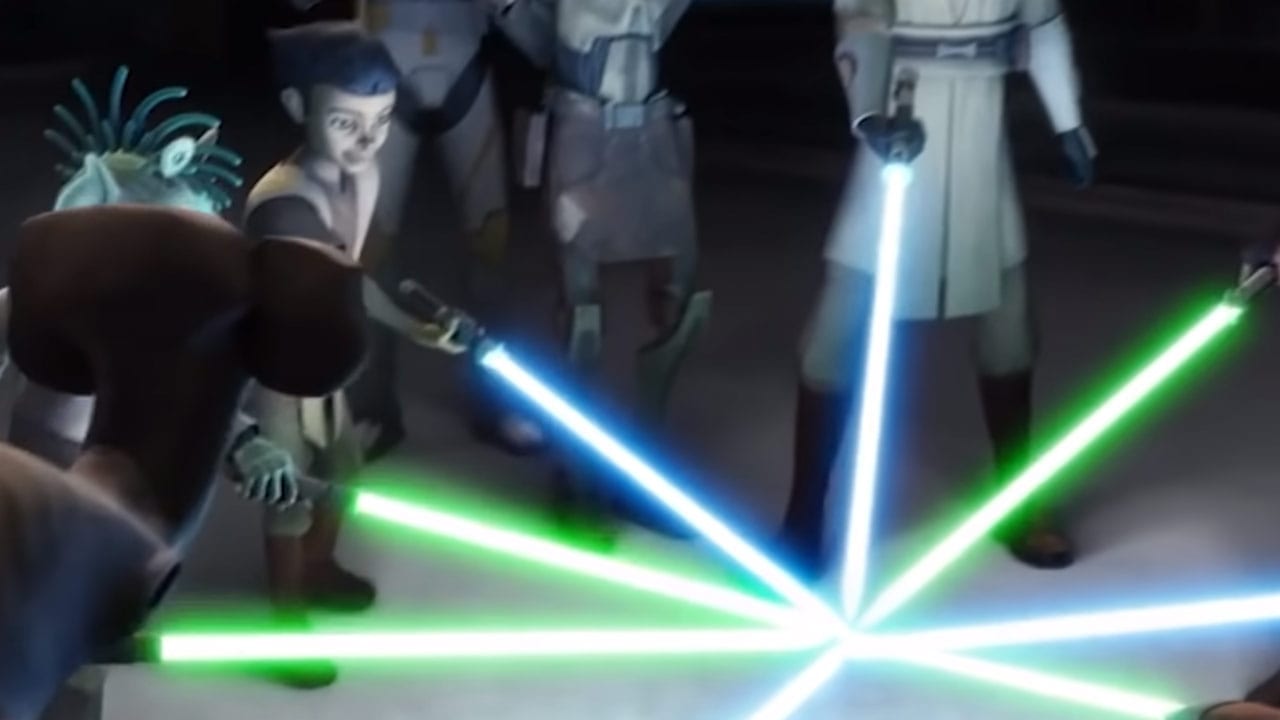 The lightsaber, also called the laser sword, was a recognizably dangerous and powerful weapon of the Jedi Order and their main antagonists, the Sith. The lightsaber has become synonymous with the values ​​of the Jedi Order for maintaining peace and justice throughout the galaxy. To be able to use them, they had to develop their skills and learn how to fight.

If you want to learn something about the Star War lightsabers, their rarest color, the same as well about their users, keep reading.

How are lightsabers used?

In answer to the question of what a lightsaber actually is, it is best to quote a legendary Jedi Master Obi-Wan Kenobi and you will never go wrong.

“This was the formal weapon of a Jedi Knight. Not as clumsy or random as a blaster. More skill than simple sight was required for its use. An elegant weapon. It was a symbol as well. Anyone can use a blaster or a fusion cutter – but to use a lightsaber well as a mark of someone a cut above the ordinary.”

The entire power of the lightsaber is concentrated in the hilt and is difficult to handle without preparation. Mastering the lightsaber means possessing incredible skill and focus, as well as mastering dexterity and harmony with the Force. Whether in the hands of the Jedi or their dark rivals, Sith, the lightsaber evokes tremendous respect, we can say even fear.

Over a millennium of use, the lightsaber has become an important companion to the Jedi and their quest to maintain peace and justice throughout the galaxy.

The length of the lightsaber is about 30 cm in the deactivation state. When the sword is activated it turns in a whole meter of pure energy which can cut almost everything except another lightsaber.

Fans of the Star Wars franchise are very familiar with the fact that blue and red lightsabers are the most common laser swords, used in combat. In doing so, we will emphasize that blue is the color of the Jedi, and red is used by the Sith, who characterize their dark side. Otherwise, the color of the sword depends on the color of the crystal found in the lightsaber.

The Jedi found crystals for their lightsabers on the ice planet Ilum, in the Unknown Regions, where there were crystals only in blue and green color (the green one was used by famous Jedi like Master Yoda, Qui-Gon Jinn, and Luke Skywalker), so they had to look for other colors on other planets. The caverns containing the crystals were long ago turned into a Jedi temple.

Another interesting fact about the lightsaber color is that the sword is colorless at first – it will transform into a color following the preferences of the user.

Until the last battle of Ruusan, the ancient Jedi had swords of all colors and shades. Some of the most common colors were orange, yellow, cyan, blue, green, purple, brown, silver, gold, white, and black.  After the battle, the Jedi turned to more frequent Adegan crystals in blue and green, as we mentioned before. Other colors still existed but they were extremely rare.

Speaking of the rarest lightsaber colors in Star Wars, as mentioned before, we opt for the black one.

The black-bladed lightsaber also known as a Darksaber was created by Tarre Vizsla, the first Mandalorian ever inducted into the Jedi Order as a child. This ancient and unique lightsaber became the symbol of leadership within House Vizsla, making Tarre Vizsla the ruler of Mandalore.

For white-bladed swords, it was extremely difficult to find the necessary crystals even using the Force. Therefore, the white color of the sword signified the highest degree of unification with the Force.

When we talk about this type of lightsaber color we can’t avoid the character of Ahsoka Tano. A former apprentice (Jedi Padawan, when it comes to the Star Wars world) of Anakin Skywalker, who helped to establish a network of various rebel cells against the Galactic Empire.

When she left the Jedi Order she had to give up her twin green lightsabers, creating white blades afterward.

Yellow lightsabers are some of the rarest blades used by members of the Jedi Order. This was the color of the Jedi Sentinel. They were employed as Jedi Temple Guards, who understood that not every problem could be solved by the Force itself, so they often utilized practical knowledge which made them expert spies.

The Sentinels form one of the three “schools” of the Jedi Order, a sort of middle way between the Consulars and the Guardians, whose skills were balanced between physical strength and studying of the Force.

Plo Koon, a Kel Dor Jedi Master, who served as a member of the Jedi High Council during the last years of the Galactic Republic, was also the one who utilized this color blade.

It is one of the rarest lightsabers because it was used specifically by Mace Windu. He was a respected Jedi Master and member of the Jedi High Council during the last years of the Galactic Republic. Mace Windu was also a Jedi General in the Grand Army of the Republic, during the Clone Wars. As the greatest champion of the Jedi Order, he used to promote its ancient traditions.

There is another interesting thing about this lightsaber color. Samuel L. Jackson who appears in the role of Mace Windu allegedly asked George Lucas to get his character a purple lightsaber. Given that he was the second most powerful Jedi after Yoda, he felt that Windu should have lightsabers in a different color instead of the usual red, blue, and green.

Samuel L. Jackson is a very witty person, which has been proven by the fact that the phrase “bad mother**ker” was engraved on Windu’s lightsaber hilt at his request.

This lightsaber color seems to correlate with extreme strength. Lowbacca was the one who wielded a bronze-bladed lightsaber. Lowbacca the Wookiee was the son of Kallabow and Mahraccor. His mother Kallabow was the sister of the famous Rebel hero Chewbacca. Lowbacca had two passions in his life – computer science and the study of Kashyyyk’s complex plant life.

So, we have come to the end of another story in which you have learned a little more about lightsabers -especially those that have been used less frequently than others, as well as their users. Thank you for being with us on this journey.

link to A Nightmare on Elm Street (Freddy Krueger): The Complete Watching Order

Wes Craven's A Nightmare on Elm Street is one of the most popular and best horror movie franchise in the history of the genre. It all started in 1984, when the first movie in the franchise...

Continue Reading
link to Who Is Smarter: Dr. Manhattan or Ozymandias?