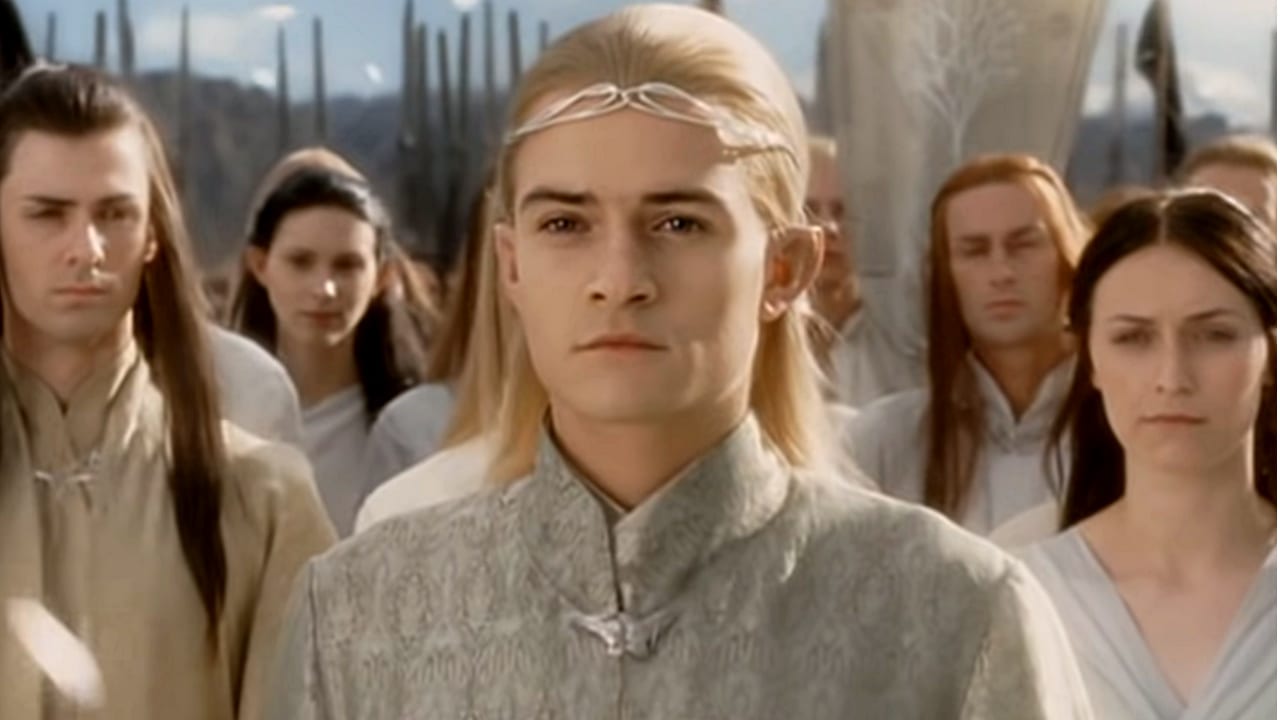 Legolas was part of the fellowship of the ring, and he was there on behalf oof hid father Elvenking Thranduil of Mirkwood. Legolas acted as a messenger and archer. He utilized his sensitive hearing, attacked with his perfect marksmanship. He was valuable on the journey across the middle-earth. He eventually made up with Gimli the dwarf despite their differences.

Legolas is a half Sindar elf. He was the son of Elven-king Thranduil, who hails from Doriath. But, the identity of his mother is unknown. However, he still has all the abilities that are typical of his race. He was famous for his Elven bow and white knife.

In the books, Legolas had a single long knife with his Galadhrim bow. However, in the movies, he had two long knives and his bow. He is known for his lightweight, he can walk on snow and land hardly leaving any prints and he also moves faster. This makes it difficult to track him. He could see in the dark and also see longer distances using his keen eyesight. He traveled to 45 leagues in 4 days with Gimli and Aragorn because he could walk while sleeping. He could tame horses by muttering a few ancient words.

After parting with the fellowship from Fangom Forest, Legolas’s love for nature propelled him to go back so he could absorb the view and wonders. Legolas was a gentle, easy-going, and caring Elf. Though Elves and dwarves do not see eye to eye, Legolas cared for his friend Gimli the Dwarf like any other person. However, because of his age, it seemed he was patronizing the mortals around. Though he has good looks, he is really old.

What Kind of Elf is Legolas?

By birth, Legolas is a Grey-elf, and he is a Sinda. Sinda is a part of the Third Clan of the Eldar, they were part of the clan that stayed in the middle-earth after the disappearance of Elu Thingol. Other clans that stayed behind in the middle-earth are; Green elves, Falmari, Laiquendi, Silvan Elves, and Nandor. Legolas was Oropher’s Grandson. Oropher was a noble in Doriath. When Doriath fell, he survived and he moved his family east. He established Mirkwood among the Silvans in Greenwood. The move east was to get as far away as possible from the Dwarves of Khazad-dum.  Oropher later died

Though Legolas is good-looking we must admit, but he is one of the oldest characters in the tale. His true age was not mentioned, but he referred to Aragorn and Gimli has children, Aragorn was 87 and Gimli was 140 before the start of the quest. He also has powers that Elves of his kind possess. He can hear what the stones are thinking. He can also sense the feelings of trees. Legolas does not need sleeping. He dreams while walking. When the rest are asleep, he stands by to watch. Later on, Legolas takes a nap with his eyes open. He is also very light, he does not sink into the snow, though he has the weight of a normal man. so this makes it difficult to track him.

Is Legolas a Mortal?

Elves have ties to a physical world, and they love it dearly. So they never die until the physical world dies. Elves do not get sick they don’t age, and they are difficult to kill. When their body gets separated from the spirit, it is usually a traumatic experience. To Elves, death is a sign of the world in its imperfect state. When elves are killed, they usually return from Mandos, but there is an apocalypse coming that would wipe them all out. Yes, Legolas has shown long ago, he does not get sick, and he is a really tough kill. However, the apocalypse that would happen later means that he is mortal. He would eventually die. It might just take a longer time than humans.

No, there is no connection between Legolas and Arwen. If there is any connection between Legolas and Arwen, they must be distant cousins. No blood connection was implied between the two of them. Though Arwen comes from aa descent of royal Sindarin Elves. Arwen’s parents are royalty and the same for Legolas. There are some hints that they are related but nothing is defined. There is no definite answer. Arwen is a descendant of King Thingol, While Legolas is a descendant of Thranduil. However, some extra connections might be available that we are not privy to. The only connection between the two of them is that they are the children of popular Elven lords.

The Hobbit movie was done several years after The Lord of the Rings, so we can say he was older. A difference of 20 years is always visible regardless of if you are watching it on a screen. Also, they did not get the color of his contacts correctly in the Hobbit. It was not the same as what he has used in previous movies. In The Lord of the Rings, Legolas was a young, and well-trained character. He was not familiar with grief, sadness, and death. When Gandalf falls off the bridge, he was speechless.

However, the Legolas in The Hobbit looks tough and hardened. He has experienced different things in life to toughen him up. He was unlikable in The Hobbit, and he played a darker character than he did in The Lord of the Rings.  Another reason why Legolas looks weird in the hobbit is probably that he was not even supposed to be there.

When Legolas was growing up, he was the only child of a well-respected Elven Lord, King Thranduil. King Thranduil is the last king among the elves, so Legolas was well respected and well protected. Since his mother is dead, all the values and principles he learned, he derived them from his father. Even his opinion about other races. So people were of the opinion that he must be a spoilt prince. However, he cannot compare himself to other Elves because he was completely isolated from others.

Another important factor in the development of Legolas as Tauriel. Legolas cared for her, but she had a different opinion of other races. She sees no differences between Elves and Dwarves, this bewilders Legolas because of the orientation he grew up with. He believes that Dwarves are a lesser race to Elves. So he is confused at how two people he loves dearly would have differing opinions about such an important issue. So he gets confused about who to follow.

After Legolas lost Tauriel to a dwarf he was heartbroken and was ready to see the rest of the world because he knows that there is a lot he is yet to learn. He wanted to learn more about the world because he was confused about how a lower race could have won his love. This would help him understand and value other races better. The meeting with Aragon would have also changed his perspective. Aragon was not an elf but he was raised in Rivendell, so he had all the qualities and capabilities of a regular elf.