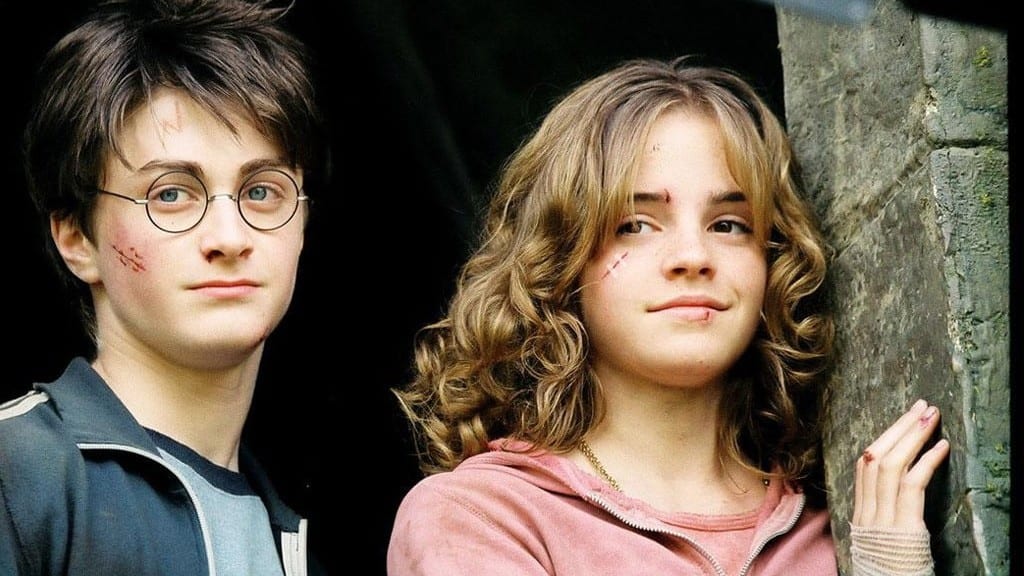 We need to distinguish between the more powerful wizard and the better wizard. If we are talking about power, we shall choose Harry, but when discussing who’s a better wizard, we have no doubts – it is Hermione.

In the rest of the article, we’ll tell you more about their powers and affinities. Keep reading to find out what they are.

Comparisons between Harry and Hermione

In his home, Gryffindor, Harry was recognized as a capable leader. But, despite his best efforts, he failed to deal with his fame and this was a source of great frustration for him.

His curiosity and desire for research were what often got him in trouble. Although he was very talented, he was not always the best at learning. That is why he often needed Hermione’s help.

Harry was helped not only by Hermione but by the other characters as well. To mention some examples: his friends Ron Weasley, Neville Longbottom, Luna Lovegood, and Cedric Diggory.

He also had his godfather Serious Black and Professor Dumbledore, as well as Professor McGonagall who was very protective of him during his years at Hogwarts.

Though Harry did not seem to be a capable wizard, because of his laziness to learn the theory of witchcraft and wizardry, in practice it was the complete opposite.

His resourcefulness and ambition aided him in the fight against the Death Eaters and Lord Voldemort.

Harry’s main specialty was Defense Against The Dark Arts (D.A.D.A.), which is the most useful skill to have if you find yourself in a duel. It is a mandatory subject taught at Hogwarts School of Witchcraft and Wizardry, in which students learn how to defend themselves against Dark Creatures and the Dark Arts.

Fighting is not only about remembering a bunch of spells and throwing them at your opponent, it’s about the presence of mind and ability to act calmly.

So, if Harry and Hermione were to duel, Harry would certainly win.

On the other hand, Hermione was the smartest student of the generation, always surrounded by books, and ready to answer all the professors’ questions.

Being excellent in performing and pronouncing spells, she often kept Ron and Harry out of trouble, whether it was their personal adventures or school assignments.

She didn’t give up her plans easily, even if they meant violation of school rules (which she otherwise strongly objected).

Just like her personal animal, Crookshanks the cat, Hermione was wise, mysterious, careful, and independent.

As a real activist, she has founded “The Society for the Benefit of Oppressed Elves” and Dumbledore’s army as well, which have become secondary but very important activities in the fight against evil.

Hermione also proved to be a great friend through the whole series and was also known as an expert on love issues, which is why Harry turned to her when he didn’t understand girls.

What has Harry accomplished?

Once Harry found out he was the chosen one, his confidence naturally grew, but so did his fear. Everybody saw him as a phenomenon rather than just a young student.

Let’s see what Harry has accomplished as the main character of the series.

Since his earliest days, he had protection. The only reason he survived Voldemort’s attack was because of his mother’s love and Voldemort’s mistake.

When he found the philosopher’s stone he wasn’t alone. Hagrid, Hermione, and Ron all played their parts so that Harry could continue.

If we consider his journey throughout the books it is clear he was helped by almost everyone he met due to his reputation. Harry is not to blame for this, but many indeed wanted to use his fame. This made him vulnerable but gave him alliances he needed.

The one thing we can’t deny is that Harry had incredible mental strength and managed to persevere. He was more successful in being a good friend, a fair player, and a formidable opponent than he was in being a powerful wizard.

Harry’s humanity was what helped him in tough situations more than all the spells he used. He helped his friends build confidence, and they helped him feel less lonely.

Being the chosen one was burdensome, but Harry had the support of his friends and love in his heart which was what saved him from both dementors and Lord Voldemort.

Harry vs Hermione in the world of spells and incantations

Speaking of incantations and spells, each of them had something they were better at.

Hermione also showed impressive success in Herbology, Potions, Astronomy, Arithmancy, and History of Magic, which proved she was a much harder worker than her famous colleague and friend.

Hermione’s first-ever spell we encounter, the Oculus Reparo, when she fixed Harry’s glasses, marked her as the real smart head of the series. After this followed Alohomora, the Locking Spell, and the most famous one – Wingardium Leviosa – the Levitations Charm (“It’s leviOsa, not levioSA”, remember?).

Avis spell was the first in the class Hermione succeeded in, as a part of Transfiguration when it came up to conjure up birds. The Full Body-Bind Curse Petrificus Totalus was also first used by Hermione when she stopped Neville Longbottom from leaving the common room, in the book/film “Harry Potter and Philosopher’s Stone”.

Once again in the story of saving lives, Hermione used a  spell of Bombarda, in the action of busting Sirius Black out of his cell in the “Harry Potter and the Prisoner of Azkaban”, producing a minor explosion.

One of the greatest and also the saddest ones was her spell of Obliviate (The Memory Charm) when she erased memories of her from her parents’ lives. This was a heartbreaking scene to witness in “Harry Potter and the Deathly Hallows”.

On the other hand, Harry’s best spell was the Patronus charm, one of the most famous and most difficult defensive spells to perform.

To achieve it, you have to remember your happiest memories, pronouncing magic words Expecto Patronum. It came out a force of positive energy creating the bluish light representing an animal significant to the person performing it.

This spell is used in defense against Dementors, as well as for sending messages to other wizards. Harry was teaching Patronus to the other wizards of Hogwarts for preparing them to fight Lord Voldemort when he realized Dementors were on the loose.

Another spell Harry was always successful at was the Expelliarmus incantation, which served to disarm the opponent. It is most often used in duels to keep the opponent without his magic wand.

As we are familiar with the fact, Harry has participated in Quidditch – a game played by wizards and witches on their broomsticks, playing the role of the seeker, so we have to mention the Accio incantation that came in handy very often.

Accio is the spell that draws objects to the person who cast the spell. Harry used it in “Harry Potter and the Goblet of Fire” to summon his broom during the first task of the Triwizard Tournament.

At last, we had to chose which of these two young and promising wizards is better.

Even though Harry Potter was the hero of the whole series who was the reckoning of the Death Eaters and their master, our favorite wizard/witch is Hermione Granger.

Hermione was an extremely competitive young witch who had no legacy to witness to. She had nothing and no one to rely on, except for her good heart and good books. She gave up more than the others of the three main characters.

We always respect someone who works hard even if they may be less talented or gifted with an impressive family lineage. She rose above many of her classmates with only the willpower to learn and compensate.

In the world of wizards and witches, what could a young muggle girl do to prove her abilities? Nothing at all. She had always a less value of herself and a feeling that she should try harder and harder, even if she hadn’t to.

Finally, she had to give up her muggle parents and make them forget her as if she had never been a part of their family. Losing the only real family she knew, she possessed an incredible amount of strength and kept her composure till the end.

No wonder her Patronus is an otter, it describes her as a person who she really was – intelligent, imaginative, honest, with the ability to sacrifice for others.