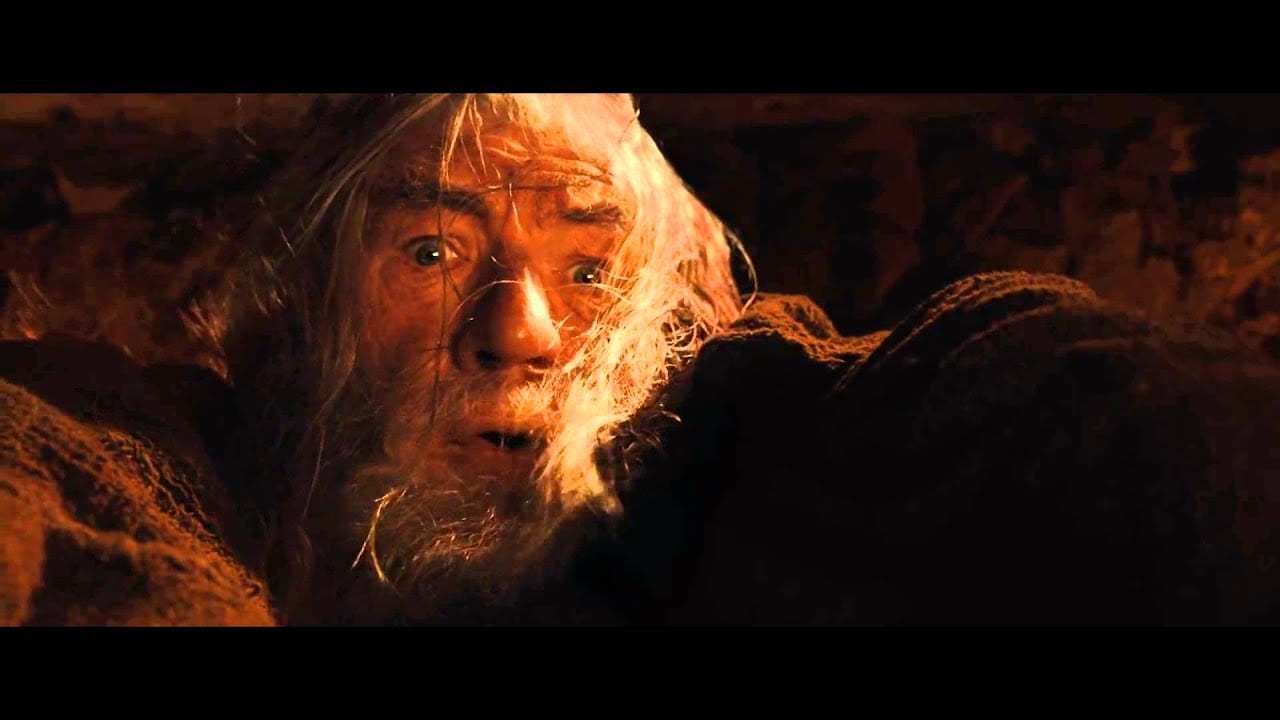 Introduced by J. R. R. Tolkien, Gandalf is one of the intriguing characters in the entire Lord of the Rings and The Hobbit franchise. Gandalf is a protagonist and was first introduced in “The Hobbit (1938) and has appeared in all parts of The Lord of the Rings cinematic verse. Tolkien is a wizard, one of the Istari order, and the leader and mentor of the Fellowship of the Ring who took the name “Gandalf” from the Old Norse “Dvergatal” (Catalogue of Dwarves). Gandalf wields great power and he is also the bearer of a Ring of Power. Gandalf is one of the most powerful wizards in the entire Lord of the Rings franchise. Gandalf is Maiar, he encountered another Maiar named as Balrog and was eventually killed. This legendary battle between the two legendary beings was one of the most defying moments of the franchise and was named as “The Battle of the peak”.

Ever since this battle happened, the only thing Lord of the Rings fans seem to care about is why did Gandalf let go? Why did an intelligent being like Gandalf lead himself to the path of death?

Gandalf intentionally let go of himself, so that he could die and pass the moral test and enhance his powers to become Gandalf the White.

Gandalf is not only a fan-favorite character in The Lord of the Rings franchise, but he is also adored by all the literature and cinema enthusiasts. So, Gandalf is a wizard with unmatched power and wisdom. Despite possessing so much power, Gandalf is a fun wizard, he not only loves to party with the hobbits but he also launches fireworks to spice things up. Gandalf is a legendary being a Maiar who was sent to Tolkein’s Middle-Earth to serve a purpose by the legendarium. Gandalf died shortly after fighting a fiery ancient demon balrog. There are a lot of fan-made theories behind the death of this supernatural creature such as him being too weary of the battle, or he wanted to die in order to enhance his power. In this article, we will uncover the secrets as to why this ancient being let go. So, without wasting any time, let just right into the realms of Tolkien’s Middle Earth and uncover its deepest secrets.

Why did Gandalf fight the Balrog?

The main reason behind the faceoff between the wizard and the fiery beast was that Gandalf wanted to prevent the Balrog from hunting down the fellowship. Furthermore, the base reasons behind the faceoff were pretty much similar. However, it was portrayed very differently between the novel and in the cinematic verse. The balrog named Durin’s bane with a horde of trolls and orcs was on a trail of the group. So, Gandalf stayed behind as he is the only member of the group that was strong enough to put up a fight and slow down the demon from hunting the fellowship.

As the fellowship was passing the bridge, the Balrog catches them. So, in this iconic scene, Gandalf stays on the Bridge enchanting spells and says, “You shall not pass“ and the bridge breaks. Balrog fells off the bridge and takes Gandalf with him. The wizard was able to put up a good fight with the demon but he was eventually killed in the battle. However, his sacrifice bought the time the group needed to escape.

Why did Gandalf let go?

When Gandalf was fighting with the Balrog on the bridge. The bridge breaks and the Balrog fells off the bridge. It was shown in the movie that the exhausted wizard takes a sigh or two and all of a sudden Balrog’s whip grabs him and takes him too. As he was falling, Gandalf grabs a ledge and exchanges a glance with Fredo and yells “Fly you fools” and then lets go of the ledge and fells down. Whereas according to the book, he yells the same dialogue when he was already falling rather than clinging off to a ledge.

Basically, there are two possibilities why Gandalf let go, One because he wanted to pass the moral test and enhance his abilities. Professor Tolkien wrote a letter in 1954 explaining the Gandalf’s let go. He explains in his letter that there was a set of “moral tests” that Gandalf needed to pass to enhance himself. He knew that only he is capable of directing the war against Sauron. But to enhance his skills, he needed to Pass the moral tests required by Eru Illuvatar. By sacrificing his life for a greater cause and saving his friends, he proved himself worthy of the enchantment.

Another reason why Gandalf let go was to make sure that the Durin’s Bane was no longer a threat to the Fellowship. He also knew that this will make him worthy of taking the mantle of the white wizard. Furthermore, he was too weak as Gandalf the Grey to defeat Saruman. So, he wanted to die in order to get his powers enhanced which will eventually help him serve his utmost purpose.

Or maybe, the old man just couldn’t carry the weight of the Durin’s Bane. Hence, he fell down.

Why did Gandalf pursue the Balrog?

Gandalf had to kill Balrog because he had Balrog’s whip around his neck that took Gandalf with him. Even when he was falling down, he still tells Fredo and the Gang to hurry because if he knew about the dangers of the orcs and the trolls and what they would have done to the fellowship. Gandalf also knew that the orcs hated sunlight and the fellowship would be much safer outside. Whereas, Balrog had no problems with the sunlight and he would have left moria in the trail of the Fellowship. So, he stayed behind and made sure that Durin’s Bane was no more a threat to his friends.

How does Gandalf defeat Balrog?

The battle between the Durin’s Bane and Gandalf the Grey lasted for 2 days. Their battle started from the bridge of Khazad-dûm when Gandalf prohibits his passage by breaking the bridge and the Balrog fells down taking Gandalf with him.

After that, they both fell into a lake deep within the mines and the Balrog’s flame was extinguished revealing his slimy body. Gandalf chased Durin’s Bane for eight days as he fled away using the Endless Stair. Gandalf the Grey chased down the Balrog to the peak of Zirakzigil. Where he wielded his sword Glamdring and fought in single combat for two days straight until Dunrin’s Bane fell off the mountaintop. Gandalf defeated Durin’s Bane. He also became a prey to the battle wounds and died. He was then resurrected by Eru Illuvatar into Gandalf the White.

Why did Gandalf come back?

After the deathmatch between Durin’s Bane and Gandalf the Grey. His spirit traveled through time and space until Eru appointed Gandalf as the next white wizard. So, basically, he was appointed as a white wizard the head of the Istari, and was sent back to earth by the angelic Valar to ensure the defeat of Saruman. Saruman was the previous white wizard who became evil and joined Sauron in his goal of conquering the Middle Earth. This appointment allowed Gandalf to destroy Saruman’s staff and become the head of the Istari.

Tolkien explained this in Letter 156:

[Gandalf] was the only person who could direct the resistance to Sauron successfully, and all his mission was vain.

The ‘wizards’, as such, had failed; or if you like: the crisis had become too grave and needed enhancement of power. […] [Gandalf] was sent by a mere prudent plan of the angelic Valar or governors; but Authority had taken up this plan and enlarged it, at the moment of its failure.

Watch The Lord Of The Rings: The Fellowship Of The Ring at Amazon.com