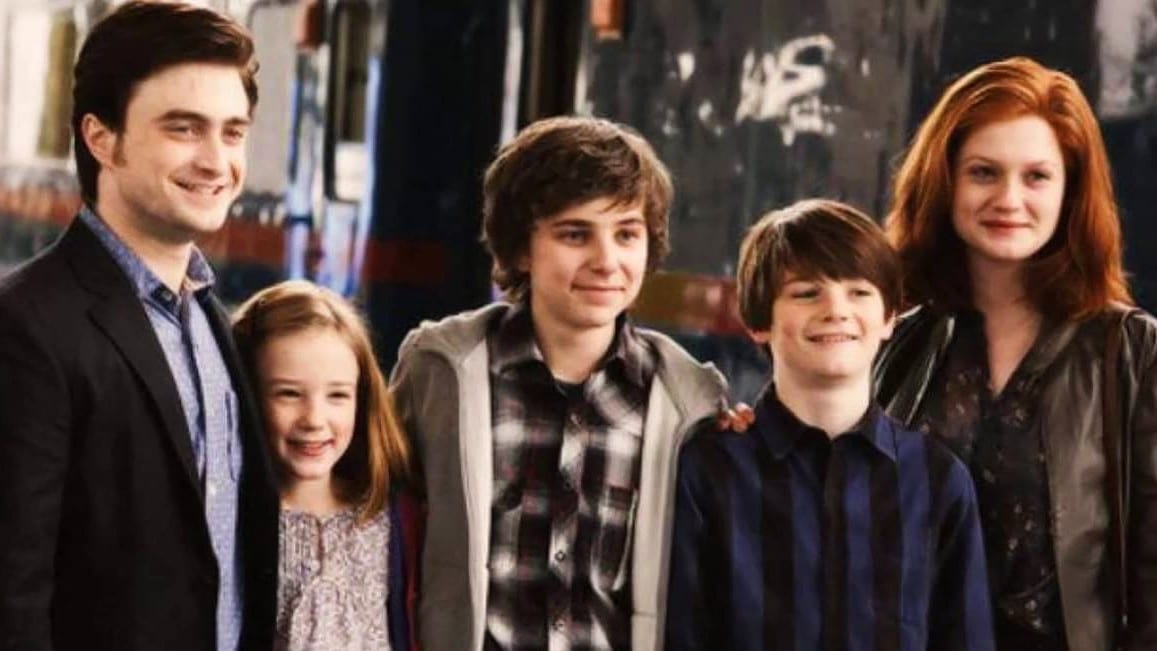 Even today, fans of the Harry Potter series often ask themselves the same question. In order not to think too much about this topic, we simply looked for what the author of the series thinks about it and why has she decided to do this.

According to J. K. Rowling, Harry Potter named his son after Professor Snape in honor of a man who loved his mother and who has also given his life to save Harry and all the wizarding world. This was the proper way to pay him tribute in forgiveness and gratitude.

If we agree with Ms. Rowling as well as why Harry’s son wasn’t named after Professor Remus Lupin, who was one of the biggest support for Harry Potter, keep reading and find out for yourself.

Who was Remus Lupin?

Since the very beginning, we are familiar with the hostility between Harry Potter and Professor Snape since their first meeting. Already in his first year, Harry suspected that Professor Snape was trying to steal the Philosopher Stone. Although it was revealed that his suspicions were not justified, their relationship did not improve, until the end.

If you are interested, you can learn more about the relationship between Harry Potter and Professor Severus Snape in the following article (1).

Thinking about what would be the name of the famous wizard’s son to suit him better, instead of Snape’s, we can think of none other than Professor Remus Lupine. So, let’s get to know him better!

Remus John Lupine, also known as Moony, was a half-blooded wizard and the only son of the wizard Lyall Lupin and his Muggle wife Hope. As a five-year-old child, he was attacked by werewolf Fenrir Greyback, who had infected him with lycanthropy – which made him a werewolf for the rest of his life.

Lycanthropy is a condition in which a person turns into a terrible and deadly werewolf. Muggles are more likely to be infected with this disease than the pure-blood wizards, because of the nature of the wounds.

Although the headmaster Albus Dumbledore was familiar with Lupin’s illness, he invited him to attend Hogwarts School of Witchcraft and Wizardry.

Soon as he was sorted into Gryffindor House, he became the best friends with Sirius Black, James Potter, and Peter Pettigrew.

Remus kept his secret of being a werewolf from all the students of Hogwarts, including his best friends. On full moon nights, he would make up various stories to justify his absences from school. He was afraid that his friends would leave him if they found out what he really was.

Sirius Black, James Potter, and Peter Pettigrew not only did not abandon their friend but decided to learn how to become Animagi, to be with him during the transformation. Animagus represents a person, a witch, or a wizard, who can turn into a certain animal at will. By their fifth year, Sirius was able to become a dog, James’ animagus was a stag, and Peter becomes a rat.

As the four friends were prone to breaking the rules and mischief, they formed a group called The Marauders and made the famous Marauders map.

At first glance, the Map looks like an ordinary piece of parchment, but when the person who owns the Map utters the phrase: “I solemnly swear that I am up to no good“, letters become to appear.

The names of the creators of the Map shows first (Moony as Remus Lupin, Wormtail as Peter Pettigrew, Padfoot as Sirius Black, and Prongs as James Potter).

Then all the corridors of Hogwarts (including the secret passages and rooms) are drawn, as well as the surroundings of the castle. The Map also shows the people who were at Hogwarts at the time as well as their every move through the castle and around.

After graduation, Remus, James, and Sirius joined the original Order of the Phoenix and fought together in the First Wizarding War, while Pettigrew betrayed his friends and joined the Lord Voldemort. The loss of the friends did not destroy Remus Lupin but made him a strong and loyal person.

For one year, Remus Lupin has been the Defence Against the Dark Arts Professor at Hogwarts replacing Professor Gilderoy Lockhart. After Severus Snape found out about Lupin’s dark secret and made it all public, Remus resigned.

Relationship between Harry and Professor Lupin

Harry Potter first met Remus Lupin when he was an infant, although much more important was the meeting at the Hogwarts Express when Lupin saved him from Dementors.

“You’re the best Defence Against the Dark Arts teacher we’ve ever had”, Harry told him once. Lupin thus became not only a favorite subject teacher for whom Harry discovered undoubted talent, but also a mentor, and finally a loyal friend.

Since Dementors had a great influence on Harry at the time, Professor Lupin decided to give him private lessons to teach him the extremely difficult and complicated Patronus Charm – invoking positive energy that takes the form of a spiritual guardian which is the only way of protection against Dementors. During these lessons, Harry discovered that Remus was one of his parents’ dearest friends.

Lupin also helped Harry to avoid all the trouble with Professor Snape. After he resigned as Defence Against the Dark Arts teacher, he was always by Harry’s side, also giving him the Marauder’s Map as a gift.

The two met again, during the Battle of the seven Potters when Lupin came as a member of the Advance Guard of the Order of the Phoenix to pick up Harry from Dursley’s home.

Lupin saved Harry’s life once again preventing him from running into the Death Chamber in an attempt to save his godfather, Sirius Black.

When Lupin decided to marry Nymphadora Tonks, also a member of the Order of the Phoenix, Harry was truly thrilled. But, when Remus temporarily left his wife for fear of his first child becoming a werewolf, Harry called him a coward. Lupin lost his temper and flung Harry away with his wand.

As a sign of reconciliation, Lupin asked Harry to be a godfather to his son Edward Remus Lupin.

Why did Harry Potter name his kid after Severus Snape instead of Remus Lupin?

“Albus Severus, you were named for two headmasters of Hogwarts. One of them was a Slytherin and he was probably the bravest man I ever knew.”

– from the book Harry Potter and the Deathly Hallows

As we have mentioned before, Harry decided to pay homage to a man who, however, turned out to be on the side of good and whose goal was to protect the young wizard as well as the whole wizarding world.

The full name of Harry’s other son is James Sirius, two men Harry loved the most, so, this is the proof that none of these important persons won’t be forgotten after all.

As we all know, Remus’ son Teddy (Edward Remus Lupin) and Harry are very similar. They both lost their parents and left orphans. They were named after their fathers – Harry James and Edward Remus.

Harry knew Tedy would probably want to honor his father naming his son after him, so he had to give him the chance. That’s what godfathers do.