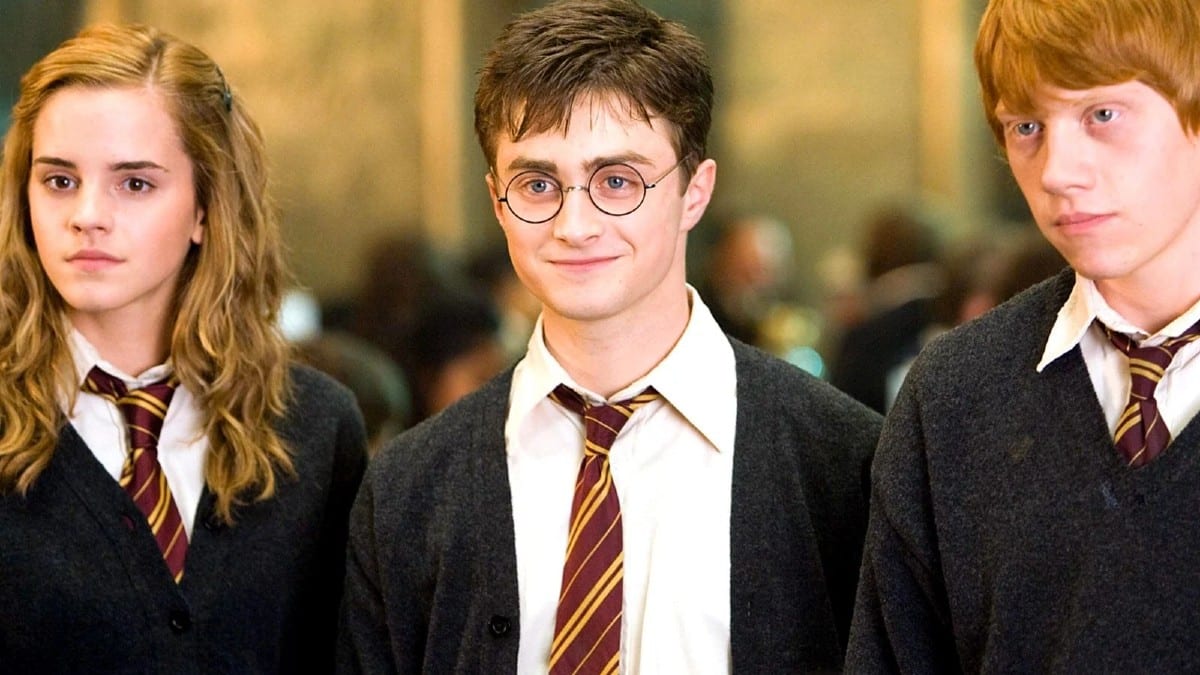 Are you among those fans of the Harry Potter series who think that J. K. Rowling made a big mistake when she decided to create a love romance between Hermione Granger and Ron Weasley? Or maybe you prefer Harry Potter as her beloved?

The only one to be “blamed” for this wrong romance is the author herself who invented their relationship because of pure curiosity. “Let’s do it and wait for what will happen?” We can’t disagree more.

We are going to tell you all the reasons why this shouldn’t have had to happen at all.

Who is Ronald Weasley?

Ronald “Ron” Weasley is Harry Potter’s best friend to whom he is loyal in every way, shape, and form. He comes from a pure-blood wizard family, as the sixth of seven children. Before he was born, his mother desperately wanted a girl but had him instead.

His father Arthur is the employee of the Ministry of Magic, as well as a member of the second Order of the Phoenix. He is a true believer in the equality of all magical and Muggle folk. Molly Weasley, Ron’s mother is a matriarch of the Weasley family, and well known for her maternal protection over her children and Harry Potter as well.

Although famous in the wizarding world, they were poor, so Ron always felt like Hermione and Harry were more important and better than him. In school, he was an average student with a very vivid imagination and always ready for trouble.

His insecurities would sometimes prevent him from being upfront about something bothering him, but he remained loyal to both Harry and Hermione despite his problems with self-esteem.

However, his wish shown at the Erised mirror (“Harry Potter and the Philosopher’s Stone”) came true – to be the Gryffindor prefect and to win a trophy as a Keeper on the Gryffindor Quidditch team.

This wish was a reflection of his desires and fears. He wanted to be successful, recognized, and feared being in someone’s shadow. But Ron did not need all that fame to be one of the beloved characters. His friendship is something admirable even without his other accomplishments.

While his loyalty for friends cannot be disputed, romantic relationships are something he is no good at. And we can say that as a fact.

Whether we’ve watched movies or read books from the Harry Potter series, we know how the story ends between Hermione Granger and Ron Weasley. Actually, the whole Universe knows it.

From the very beginning, Ron was absolutely unkind to Hermione. We have witnessed numerous situations when he even managed to make her cry. “It’s leviOsa, not levioSAR”, sounds familiar?

Ron mocks Hermione, her looks, her knowledge, her intelligence, as well as her love for school and learning, accusing her of lying that she had a partner for a Christmas ball to prove she’s worthless to anyone unless she wants him.

After discovering that his rival is none other than the popular Viktor Krum, Ron chooses not to speak to Hermione for days. In fact, out of spite, he starts dating another girl, Lavender Brown, just to make Hermione jealous. Very primitive, don’t you think? Well, if you think he is a sweet little “Won Won” (as Lavender used to call him) maybe not.

And who can forget about the incident with Romilda Vane, who tried to make Harry fall in love with her by giving him enchanted chocolate box? Ron just had to taste “a few” and started obsessing over Romilda.

Due to other circumstances, Ron almost dies in that scenario right after he realizes that girls are going to be the end of him.

But let’s get back to his flirting style when it comes to Hermione. Ron’s behavior is a complete worn-out cliché – “I make fun of you because I like you!” No, thank you!

Hermione is a strong female character, a smart and worldly-wise person who believes in herself. Does she really need a relationship with a person who is her complete opposite? Should she watch her every move and make compromises to make her sweetheart feel confident? Who knows, maybe this suits someone. But is this a healthy relationship?

We are aware that couples quarrel, both in books and movies and in life as well. But, in this case, Ron is doing it on purpose – to become an important person by insulting the others. Sorry, Ron, but this is not how you treat a person you love.

Rupert Grint, the actor who embodied Ron Weasley, said in an interview that he always thought Ron and Hermione would eventually divorce. What would have happened if J. K. Rawling listened to him?

Why Hermione kissed Harry after all?

First of all, it should be said that the famous scene with the kiss was not in the books. A kiss, as well as the dance scene of Harry and Hermione, were the idea of the scriptwriter Steve Kloves for the film “Harry Potter and Deathly Hallows Part One”.

In the book, Harry and Hermione were very distant when Ron left, with some moments where they were very close to each other. But that’s all.

A lot of people don‘t like the dance scene because it wasn‘t in the book and that implies that Harry and Hermione have hidden feelings for each other.

But this is not the case. Men and women, boys and girls are capable of being such close friends without having romantic feelings. In this particular scene, Harry was only trying to cheer her up since she was so sad Ron left.

That’s what friends do. And who says dancing has to be romantic just because a princess dances with her prince in every other fairytale?

J. K. Rowling loved it and also said: “In some ways, Harry and Hermione are a better fit“.  In the films based on the books, often happens that some new scenes pop up, so it was expected to happen in this case as well.

So, did they kiss after all? Yes, but all of it was inside Ron’s head. And of course, blame it on Salazar Slytherin.

Slytherin’s Locket as the Horcrux No. 3

Salazar Slytherin’s locket (which became a Horcrux No. 3) was a piece of jewel made of heavy gold with a serpentine “S” in glittering green stone inlay on the front.

The real medallion first stolen by Mundungus Fletcher had owned by Dolores Umbridge.

Ron discovered all the negative forces of the locket, being particularly susceptible to his powers, causing him much discomfort and unexplained anger.

After Harry and Hermione discovered that the locket should be destroyed by Godric Gryffindor’s sword (infused by basilisk venom), Harry waded into the refreezing pool to retrieve it.

When Ron returned in the forest of Dean he rescued his best friend from drowning and prepared to destroy the locket. Once opened the locket began to mentally torture Ron mocking his greatest fears.

Should Hermione have ended up with Harry?

Well, no one can deny Ron being a good guy and best friend as well, but many people were bothered by the love story between him and Hermione. Like it didn’t fit in the whole story at all.

On the contrary, there were moments from which it could be concluded that Hermione and Harry did not have only friendly feelings towards each other:

You certainly remember the scene when Harry took Hermione to his parents’ grave. Wishing Harry a Merry Christmas Hermione uses magic to create a floral wreath to decorate the tomb.

You are also familiar with Harry’s gaze full of admiration while Hermione descends the stairs, during the Yule Ball after the Triwizard Tournament, aren’t you?

We witnessed numerous scenes where Hermione ran into Harry’s arms instead of Ron’s. Well, all of Ron could do was shake hands with her.

Finally, their dancing scene in the film “Harry Potter and Deathly Hallows Part One” as mentioned before.

All these scenes were full of emotion which we can’t tell the same speaking about Ron and Hermione. So, the author’s decision to bring them together was a real punch in the eye – totally surprising and disappointing as well.

Even J. K. Rowling admitted that Hermione and Ron were not a credible couple. In the interview for the Sunday Times she said:

“I wrote the Hermione/Ron relationship as a form of wish fulfillment. That’s how it was conceived, really. For reasons that have very little to do with literature and far more to do with me clinging to the plot as I first imagined it, Hermione ended up with Ron.”

She also added that she could feel the anger and frustration of the series fans but that at the time it seemed like the best idea to her.

This could be interpreted as an apology from Ms. Rowling but for many of them who believes at the opposite, it is not enough.