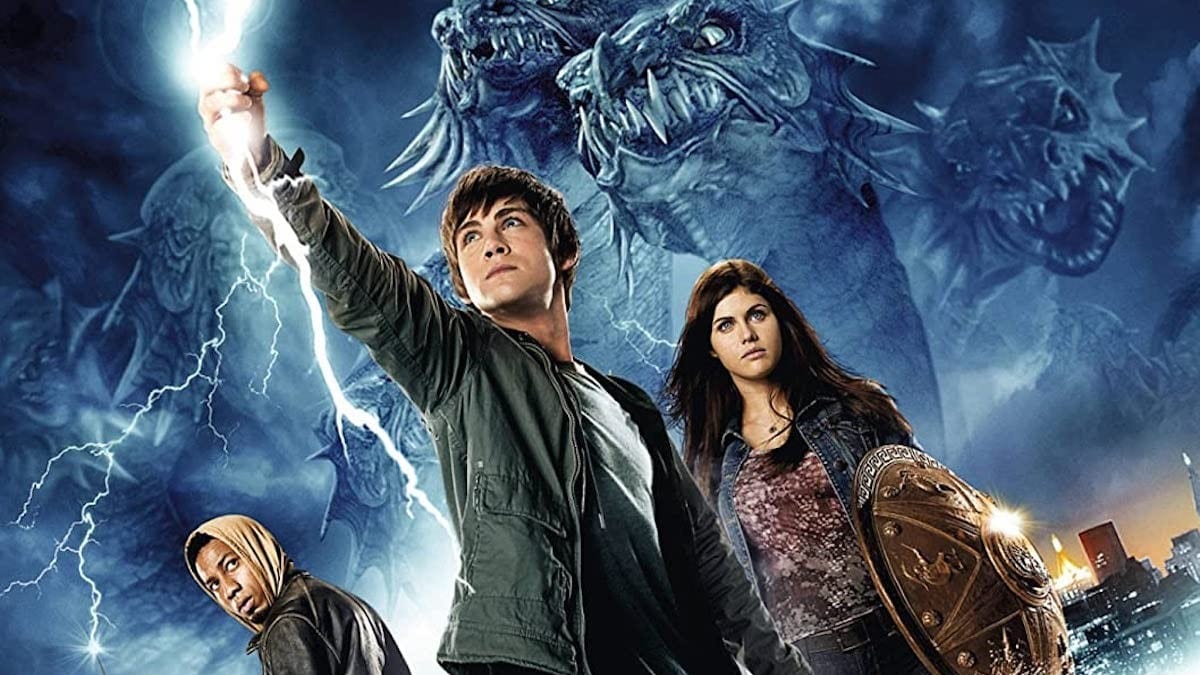 If you’ve watched Percy Jackson movies and liked them, you’ve probably wondered why they didn’t keep making them, especially considering that this character has appeared in many books. In this article, we will put an end to your questions, and tell you why the studio has stopped making Percy Jackson movies.

Unfortunately, two Percy Jackson movies failed at the box office, so the studio decided not to continue with this movie franchise.

Percy Jackson & the Olympians is one of the most famous fantasy book series that mixed ancient Greek mythology with a modern setting, and it was often compared with the likes of The Hunger Games and Harry Potter as a hallmark for young adult literature.

However, unlike those books, which had huge success through their movie adaptations, Percy Jackson, a five-book series with several spin-offs, only had two films, both of which were mostly failures and not so adorned by the fans.

But not only the fans didn’t like it, but also the author, Rick Riordan, shared his outrage about the movie scripts. Here are some of his Tweets about hating the movie.

Well, to you guys, it’s a couple hours entertainment. To me, it’s my life’s work going through a meat grinder when I pleaded with them not to do it. So yeah. But it’s fine. All fine. We’re gonna fix it soon . . . ? https://t.co/YFuk55kGJU

Finally, I still have not seen the movies, and don’t plan on ever doing so. I judge them from having read the scripts, because I care most about the story. I certainly have nothing against the very talented actors. Not their fault. I’m just sorry they got dragged into that mess.

I left out a very important word, lol. “Trashy scripts can never end up being *great* films.”

What went wrong with The Lightning Thief

The Lightning Thief is the first book in the Percy Jackson & the Olympians series, and it has a simple plot structure.

Percy is a demigod, a half-god/half-mortal child of Poseidon. He’s accused of stealing Zeus’s lightning bolt and sets out to retrieve it from Hades in order to clear his name.

When making the movie, they did all those outlines correctly, but they messed up almost everything else.

The first thing they changed, and it is just unbelievable that they would change one of the key aspects of the book, is the quest. In the book, the quest was for Percy to go from Camp Half-Blood, refuge based in New York for demigods, to the entrance of the Underworld, located in Los Angeles.

In the movie, the quest is about getting three pearls, which Percy and his friends can use to escape to the Underworld. This makes the whole structure of the movie feel artificial and overly constructed, as opposed to the natural, wandering tone that the book had.

The second big problem is how the movie handled Luke, a son of Hermes, and the one who helps Percy when he first gets to Camp Half-Blood. Luke is later revealed to be the real “Lightning Thief,” having stolen the bolt and framed it on Percy.

He reveals this at the end of the book, poisoning Percy and nearly killing him. In the movie, Luke reveals this earlier while Percy is attempting to return the bolt to Olympus, which led to a fight in which the Percy wins. This makes a different tone for their interactions in later movies and makes Luke a less threatening antagonist, as we’ve seen in The Sea of Monsters.

The third big problem is the ages of the characters. In the book, the main characters Percy and Annabeth Chase are twelve years old, while in the movie they are both said to be sixteen.

What’s even worse, in reality, though, the characters were respectively played by nineteen-year-old Logan Lerman and twenty-three-year-old Alexandra Daddario.

The question is who the intended audience is – the presence of young adults makes it inaccessible to children, while the film itself is too childish for young adults. That is not a good combination.

Critics on Rotten tomatoes also didn’t like this movie, rating it with a score of 49%, while the audience gave it just a little bit bigger score of 53%.

Percy Jackson & the Olympians: The Lightning Thief had a budget of $95 million, and barely become profitable, with earning about $226 million worldwide ($88 million domestically).

What went wrong with The Sea Of Monsters

Most of the main things in The Sea of Monsters are fine. But, this time they alter details in individual scenes instead of changing the structure of the story. This still doesn’t make it a successful adaptation, especially in regards to the climax of the movie.

Percy’s quest in the story of The Sea of Monsters is about the Golden Fleece, an artifact with healing properties. Luke wants to get the Fleece in order to heal Kronos, the father of all gods. In the books, Kronos, the climactic final boss of the series, doesn’t show up until the fourth title.

In the movie adaptation on the other hand he shows up at the climax of this movie. And not only does he show up, but Percy also defeats him. While he could be a recurring villain who gets defeated multiple times, Percy Jackson is a series where prophecy is a recurring theme. A child of the “Big Three” (Poseidon, Zeus, Hades) is foretold to defeat Kronos, which means once he’s defeated, the prophecy is fulfilled.

That means that not only does The Sea of Monsters commit the same sin as it’s predecessor, defeating a villain ahead of time and undermining them as a threat, it also destroys the central themes of the series. They probably knew this, the second movie was their last, but that still does not justify.

Critics on Rotten tomatoes also didn’t like this movie, rating it with a score of 42%, while the audience gave it just a little bit bigger score of 55%.

Percy Jackson: Sea of Monsters had a budget of $90 million and barely become profitable, with earning about $199 million worldwide ($68 million domestically).

Why is there no Percy Jackson 3?

As you can see from above, nobody really liked the first two Percy Jackson movies. They were at best average in every sense.

They also haven’t earned enough money for the studio, which is the biggest problem, and only one studio actually cares.

The good thing is, for all Percy Jackson lovers, movies and books, that Disney is making a reboot TV show for it’s streaming service, and what is probably even more important is that books author, Rick Riordan, is heavily involved in it.

We are hoping that Disney, with the help of book series author Rick Riordan, will take a bigger approach when planning out their adaptation of Percy Jackson. They are doing it the right way, through TV shows, which is much better media to tell the whole big story of Percy Jackson & the Olympians then movies are.