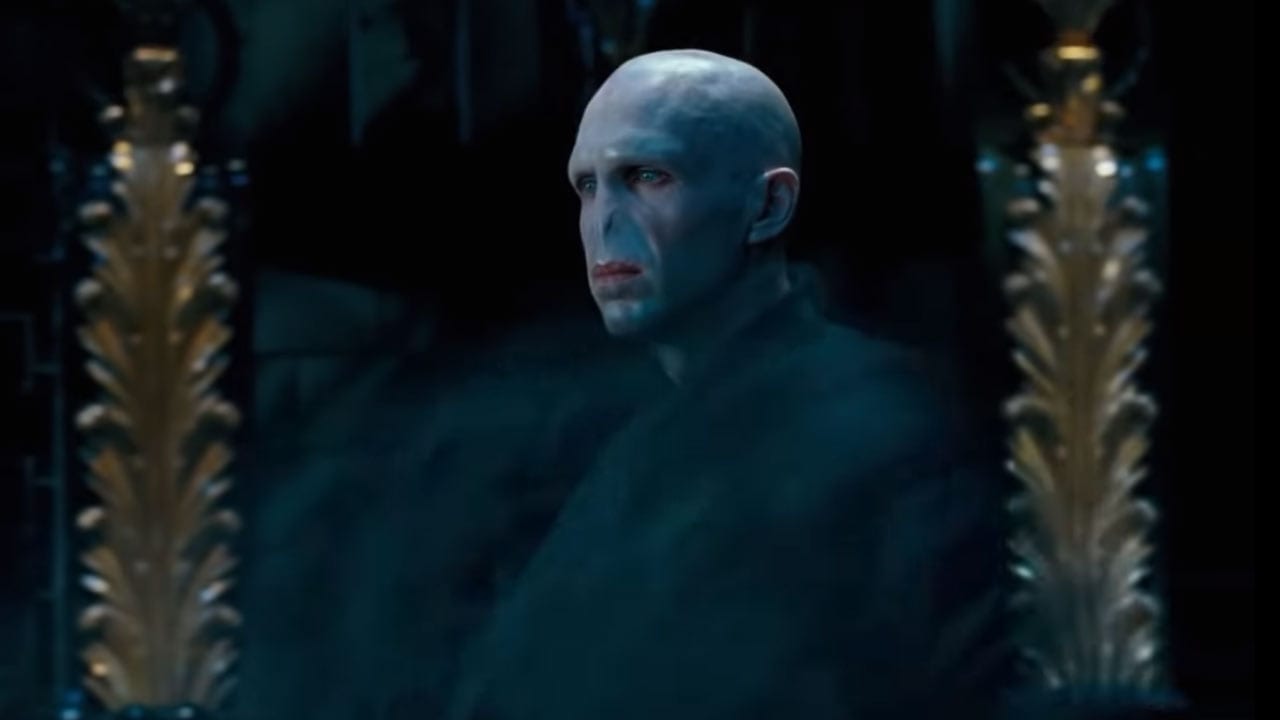 After so many years, books, and movies, we still can’t help but wonder – why? Why Harry? Why was he the chosen one and why was he so important to Voldemort? Harry played a key role in Voldemort’s diabolical comeback plan in The Goblet of Fire.and we can’t forget he was the one who needed to „die“ in order to destroy Voldemort. But Voldemort didn’t know about this. So why did he want to kill poor Harry so badly?

Voldemort wanted to kill Harry Potter because of a prophecy that claimed there was a boy whose powers will be the end of Voldemort. It wasn’t clear if that child was Harry Potter or Neville Longbottom. However, Voldemort chose Harry since they shared a similar past and was convinced he was his mortal enemy.

But the story of the prophecy is so interesting and you will only know it if you have read the books. In the movies, we never discover Neville could have been the chosen one and we never witness the scene where professor Sybil Trelawney tells the prophecy. So keep reading if you wish to find out more about this famous rivalry and how it began!

What did the prophecy say?

Before Harry was born, Dumbledore was in search of a Divination teacher. Professor Trelawney was just being interviewed when Dumbledore concluded she was not the person for the job. As he got up to leave, she spoke in a different voice:

This could have been any child born at that time to parents who already fought Voldemort. But how did he find out about the prophecy? Well, at the time, Severus Snape was still working for Voldemort. He heard the part of the prophecy and went rushing to Voldemort to tell him about the boy.

Neville Longbottom was a boy born on July 30th to parents who were Aurors and, just like Harry’s parents, defied him three times directly. Voldemort knew there were two boys who were his possible targets but somehow chose his enemy to be Harry.

Like Voldemort, Harry was a half-blood. Voldemort saw parts of him in Harry that he hated which is one of the reasons he wanted to eradicate half-bloods and create and honor the pure-breeds.

Now here is the real twist, and thank the universe for the fact Voldemort has chosen Harry. If he had chosen Neville, maybe we would never get Snape as the good guy, as the human being that we saw him as, no matter what we thought about his emotional capacity.

Only later do we find out how in love with Lily Potter he was. Snape dedicated his entire life to protecting her son and defying Voldemort while being undercover. He risked everything because he realized the consequences of his mistake and blind loyalty.

In exchange for protecting the Potters, Snape vowed to Dumbledore he would be loyal to him and Hogwarts. But they trusted the wrong person. Peter Pettigrew betrayed the Potter family and Voldemort found them in Godric’s Hollow. This was the night we all remember as the tragic end of the Potters but the beginning of Harry’s story. Neville’s parents were also tortured and killed when they got discovered. If Voldemort didn’t make a decision based on the prophecy, Harry’s life could have been a lot different.

Any prophecy can be made when someone is there to make it with special abilities and when the existence of the prophecy causes events to happen. If we think of it this way, every prophecy is a self-fulfilling prophecy.

If Voldemort didn’t know about it and if Snape never heard it in the first place, maybe it would never come true. Maybe Voldemort would win. Or he would be defeated by any other wizard or a witch. We can only guess.

Voldemort’s character thus makes the prophecy inevitable and determines its exact form. The prophecy also takes account of Snape listening in but being interrupted while listening. And of Snape being in love with Lily, and Lily’s devotion to Harry. And a great deal more.

What powers did Harry have that Voldemort didn’t?

It is often said in the movies that it was the power of love. Now, having this world filled with power and magic and being saved by the mother’s love is beautiful but kind of disappointing as an explanation. Perhaps the curse never hit Harry right due to Lily’s protection, a charm, or Voldemort’s wand. There are many theories.

It is also mentioned it was the kind of power Voldemort didn’t expect – it was old magic. Lily’s sacrifice resided in Harry’s blood ever since she has protected him. The killing curse rebounded and destroyed Voldemort’s body. He had also had a part of his soul latch onto Harry – the only living thing it found, and so another Horcrux was created. But this one was not planned.

Harry’s parents were Aurors, they wanted to fight Voldemort and found themselves with a son in the middle of a war. So Lily Potter needed to take action and protect her family. This protection stayed with him which was seen after the last battle.

In Deathly Hallows, when Harry goes into the forest to fight Voldemort to sacrifice himself, he still has a part of Voldemort’s soul within him without even knowing. But the protection from his mother is still there.

Additionally, he was the true owner of the Elder Wand. So when Voldemort attacked Harry, three things happened:

And in the end, Voldemort failed to kill a small baby, a boy, a teenager, and an adult – all because he followed the prophecy the way he chose. He didn’t only kill Harry’s parents to get to him, he killed them for fighting him.

Voldemort had a huge ego and his radical ideas came from this ego, as well as his fear of death. He wished nothing more than to be immortal, so he used unicorn’s blood, other people’s bodies, and ultimately – Harry’s blood and his servant’s flesh to survive.

His need to rid the world of half-blood witches and wizards also came from fear. Since he wasn’t a pure-blooded wizard but still managed to become one of the most powerful wizards gave him the idea that someone else could be as powerful or even more powerful than him. And that would be, and ultimately was his destiny.