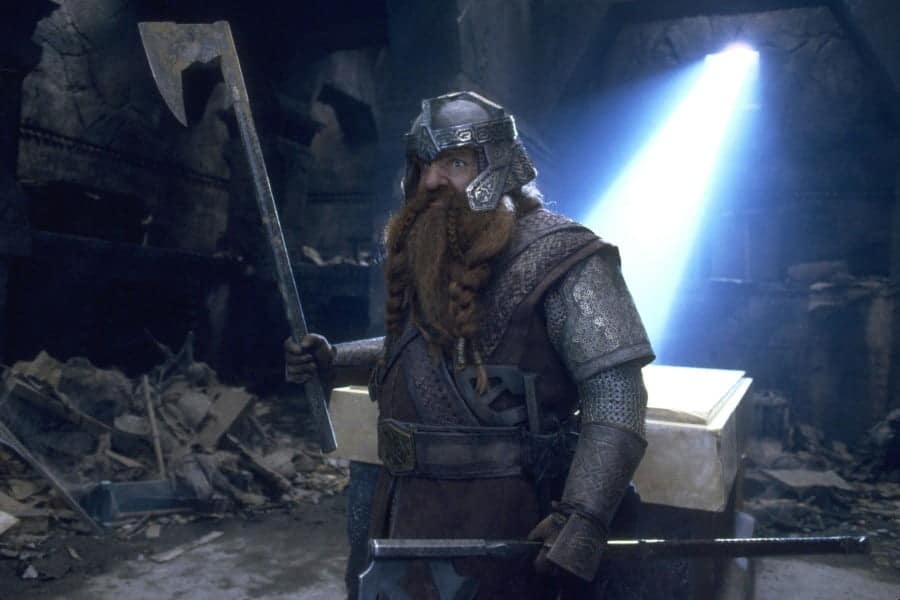 Given the fear Gandalf had about Moria, and the amount of time that apparently passed (given the state of the Dwarves’ remains in Moria), why wasn’t Gimli aware of its demise and the fall of his race in Lord of the Rings books/movies?

To explain Gimli’s, but also Gandalf’s ignorance of Moria and the fall of Gimili’s race of dwarves, we will have to go back into the history of Middle-earth. In addition, there are some differences about Gimli and his ignorance in the books as opposed to the dramatic representation in Lord of the Rings movies.

We have jumped over two ages of Middle Earth, but this is where Gimli and the rest of the Fellowship return to long lost Moria and find out about its horrible destiny.

The Fellowship reluctantly moved through Moria in 3019, and although the Great Gate was then broken, they pass through Narvi’s Gate in the west with difficulty and in great danger. Many of the long-abandoned Lower Depths were flooded and inaccessible, and the Fellowship hoped that most Orcs had been killed in the Battle of the Five Armies a few decades earlier. When they reached Odea Mazarbul towards the end of their journey, the Fellowship was attacked by a troll and many orcs, before Durin’s Bane (known as Balrog) approached them. Gandalf clashed with the demon at Khazad-dum Bridge, near the remnants of the East Gate, where the duo fought briefly before being thrown into the abyss under the bridge, allowing the rest of the Fellowship to escape. Gandalf and Balrog survived the fall and continued their epic duel from the primeval depths of Moria to the summit of Zirakzigil, finally destroying both the Tower and the staircase.

Why was Gimli clueless about Moria and fall of his people

He is the son of Glóin, a friend of Bilbo Baggins. He met Frodo and the rest of the Fellowship at a secret meeting in Rivendell. He decided to accompany Frodo on his trip to Mordor.

Both Gimli and Gandalf know of Moria being a dangerous place, but they don’t know Balin’s mission has failed so catastrophically.

Towards the end of the Third Age, the dwarf Balin led a group to open the city, including Flóia, Óina, Oria, Frára, Lónia, and Nália, although Balin’s mission was against the wishes of King Dáin II. In the beginning, everything went well, and they discovered Durin’s Axe. Five years later, Balin’s colony was overrun by orcs soon afterward, and Balin was killed by an orc archer in the Dimrill Dale in 2994.

In The Fellowship of the Ring, the title characters discover Balin’s tomb in the Chamber of Mazarbul. Gandalf finds the dwarves’ book of records and discovers from it that Balin was killed by orcs. So, as shown here, Gandalf and Gimli were well aware that Moria is a dangerous place.

So why did then Gimli go in Moria anyway?

Well, here we have two different media, books and movies. In movies, Gimli is not aware of his kin destiny and fall of Moria, even thou nobody heard from them last 25 years, but we don’t know what was Gimli doing in those 25 years, so from the movie’s point of view, it is ok that he wanted to go inside and find out what happened to them, no matter what the danger was. He did hear that Balin was able to enter and make a colony there, but after that, he didn’t hear anything about his people. It may be that he just couldn’t find the right messenger, maybe they are trapped somehow, who knows what was in his head, but he surely wanted to find out on his own. And while Gandalf was aware and afraid, Gimli was just eager to go inside Moria. This was fine for a movie’s point of view, and to bring some additional drama in it.

But in the books, he was well aware of the danger that lay inside Moria, as was Gandalf, and they both didn’t really want to go inside, but they had no other choice. Or better to say about Gimli, he wanted to find out what happened to his kin no matter what the dangers are, and no matter how afraid he was.

Maybe we can see his reasoning and determination in this relevant exchange between Celeborn and Galadriel:

“We long have feared that under Caradhras a terror slept. But had I known that the Dwarves had stirred up this evil in Moria again, I would have forbidden you to pass the northern borders, you and all that went with you.” (FotR, The Mirror of Galadriel. Source: “Celeborn and Galadriel“, The Council of Elrond)

To which Galadriel answers:

“If our folk had been exiled long and far from Lothlórien, who of the Galadhrim, even Celeborn the Wise, would pass nigh and would not wish to look upon their ancient home, though it had become an abode of dragons? Dark is the water of Kheled-zâram, and cold are the springs of Kibil-nâla, and fair were the many-pillared halls of Khazad-dûm in Elder Days before the fall of mighty kings beneath the stone.”

As you can see, those two versions are pretty different, in the movie version, Gimli looks like he is pretty eager to go in Moria and meet his kind once again, but in the books, he is aware the dangers of Moria, still is clueless about what happened to his kin, and reluctantly goes in to find out.