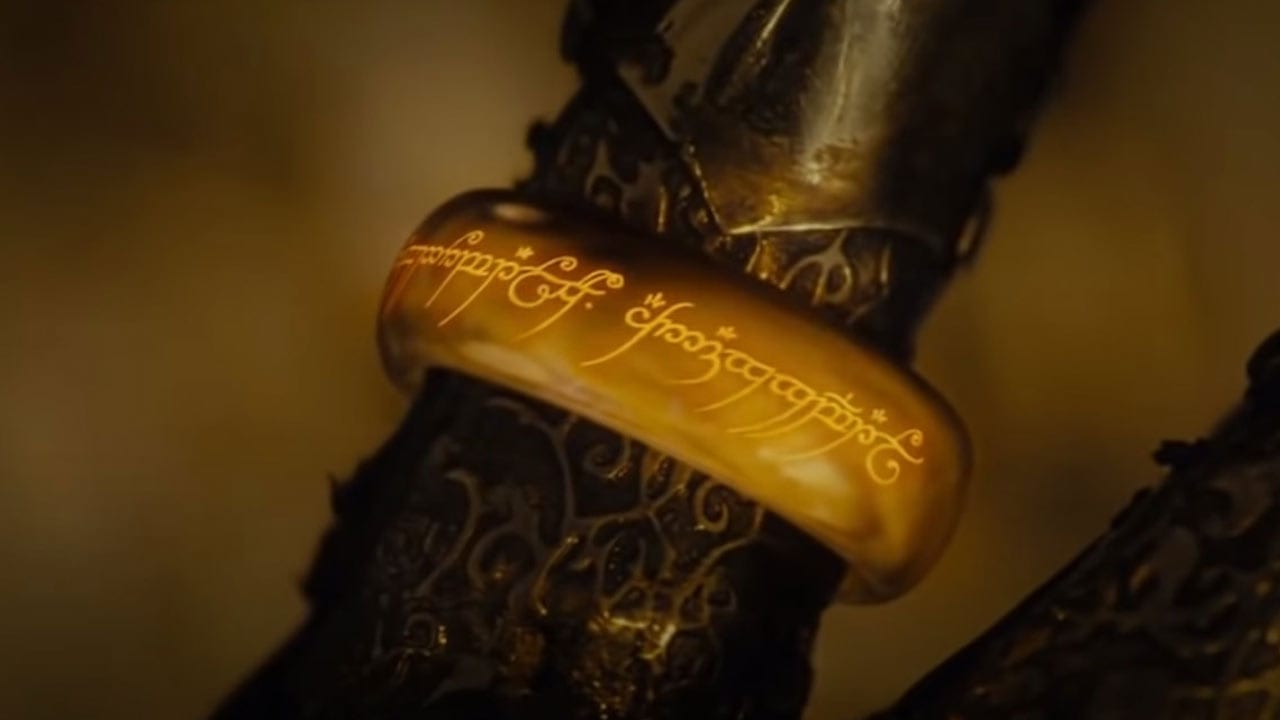 The Lord of the Rings trilogy can certainly be classified as a classic of the fantasy genre. Whether you are a fan of this series or have just heard of it, you will agree that it is one of the best and certainly timeless works of the famous master of literature John Ronald Reuel Tolkien.

Even if wearing the One Ring makes its wearer invisible, this was not the case with its creator. The ring shifts the one who wears it partially into the spiritual world but Sauron was already living in it. As the master of the ring’s power, Sauron was mostly visible whilst wearing the ring, meaning he could have gone invisible anytime he wanted to.

To learn all about the One Ring, its bearers, powers, so as its creator Sauron as well, stay tuned.

One Ring to rule them all – famous bearers of the Ring

Around 1600 of the Second Age, Sauron secretly forged the One Ring to rule all other rings of power. With the One Ring, he could read the minds of the ring bearers, thus becoming the Lord of the Rings.

At the end of the Second Age, when elves and men were fighting Sauron, Isildur, son of Elendil, cut off Sauron’s finger and took the One Ring. But after the victory, Isildur was ambushed by Orcs. They killed him and the Ring sank in the waters of Anduin River where it remained for over 2,000 years.

The third bearer of the One Ring was Déagol, who found it in the Gladden River. With his cousin Sméagol he went fishing and discovered the Ring, half-buried in the river-bed.

When Sméagol (also known as Gollum) saw the Ring, he wanted to keep it for his birthday. Déagol refused to give away the Ring so Sméagol strangled him to death, hiding his body.

Gollum had owned the Ring for over five hundred years when he met Bilbo Baggins, a hobbit of the Shire. Bilbo challenged him to play the game of riddles, tricked him with the last riddle, and took “his precious”.

60 years after, during the Third Age, another Hobbit of Shire, Bilbo’s nephew Frodo Baggins came to uncle’s party to celebrate his 111th birthday. During the birthday speech, Bilbo put the Ring on his finger and disappeared.

Fortunately, there was also the wisest wizard of the time Gandalf the Grey, advising young Frodo how to use and destroy the Ring. But first, he had to persuade his uncle Bilbo to give up the Ring.

With a little help from a friend, actually his gardener Samwise Gamgee, Frodo has started his journey to Mount Doom

– the place where the One Ring has been forged.

What are the powers of “One Ring”?

The One Ring, also known as the Ruling Ring, the Master Ring, the Ring of Power, Isildur’s Bane, The One Ring to Rule Them All, or as Gollum (one of its bearers) simply called it “My precious”, was one of the most powerful artifacts ever created in the Middle-earth.

Apparently, it is a very ordinary gold ring, without any additional decorations. However, when it is heated by fire, an inscription appears on its inside and outside. The ring-inscription was written in the Elvish script of Tengwar and in the Black Speech, the language of Mordor.

Understood? Of course not, so let’s translate it into English:

Because of the fact, Sauron concentrated a great part of his own soul within the Ring, his fate was determined by the Ring itself. The Ring became a source of great power for Sauron but also his own weak point. Destroying the Ring would mean Sauron’s downfall.

We must say this reminds us of Lord Voldemort and his Horcruxes. Tolkien would be proud that his work inspired the authors of this extraordinary world of fantasy.

The ring had its own will and the temptation it provoked was immense. We have already said that Sméagol killed his friend Déagol when he first saw the Ring. Boromir tried to take him away from Frodo by force. Bilbo Baggins also fell under his influence. Even Gandalf feared he would not be able to resist the Ring’s temptation.

Anyone who would put it on their finger would turn to evil, despite their own good intentions. For this reason, Gandalf himself refused the Ring when Frodo offered it to him.

A person who possessed great powers was able to handle the Ring, perhaps even use it to destroy Sauron. Finally, he/she become evil with the eventual desire to replace Sauron on the throne of the Lord of Darkness.

The primary power of the One Ring was control over the other rings of power and domination of the wills of their users.

The Ring makes the person invisible, moving her into the unseen realm. The only thing that could be visible during a sunny day is just the shadow of the person wearing it. People associated with the Ring could only feel the bearer.

The Ring unnaturally extended the life of mortals. Sméagol’s life expectancy as a hobbit is about 100 years, but by wearing the Ring he lived nearly 600 years. Bilbo Baggins looked much younger at the celebration of his 111th birthday, but when he gave up the Ring, he began rapidly age.

The Ring eventually devours the mind of its bearer. Hobbits proved an unusual resilience to its power, but despite everything, they could not escape the influence of the Ring.

At the very end, Sméagol was left with only a small part of his own mind. Bilbo Baggins behaved in an unusual way when Gandalf tried to convince him to give up the Ring. Frodo was so tormented by the journey to Mordor that he never recovered.

If a mortal wore the Ring for a long time, he would disappear until he became permanently invisible. He would forever be trapped in the world of spirits under Sauron’s rule and would be forced to hand him over the Ring.

But the Ring didn’t just have negative side effects. The one potentially positive effect was that Samwise Gamgee while wearing the Ring, was able to understand the Black Speech of the Orcs in Mordor.

The Ring sharpened one’s senses as well. When Samwise Gamgee held the Ring he could hear far better and with more accuracy while trying to sneak around Cirith Ungol to evade the Orcs and save Frodo. Also, Frodo was able to see for miles when wearing it.

Why does the One Ring make you invisible?

Gandalf once told Frodo Baggins: “You were in gravest peril while you wore the Ring, for then you were half in the wraith-world yourself.“

The Ring itself doesn’t just make its bearers invisible – it brings them halfway into the world of wraiths and spirits.

The ring bearers had no power over the ring (like Sauron had) and therefore they could not make themselves visible whilst wearing it.

Why didn’t Sauron become invisible while wearing the One Ring?

The second Dark Lord, a fallen Maia (near-primordial spirit), a gifted student, creator of the One Ring, and finally the Lord of the Rings – all these are characteristics of an evil wizard known as Sauron.

One of the answers why he didn’t become invisible is that he already lived in that wraith-world. He was a pure spirit which means he was neither mortal nor elf or dwarf.

Since he possessed great powers he could actually choose whether to become invisible or not which made him the one and only Lord of the Rings.

Sauron’s fame lasted until a small hobbit from the Shire, Frodo Baggins, took his journey right to the place where the One Ring was forged.

The ring was destroyed, which meant the final defeat for Sauron. Without the power that the Ring contained, his physical form was destroyed, and his spirit was scattered with no hope of ever rising again.

Order J.R.R. Tolkien 4-Book Boxed Set: The Hobbit and The Lord of the Rings