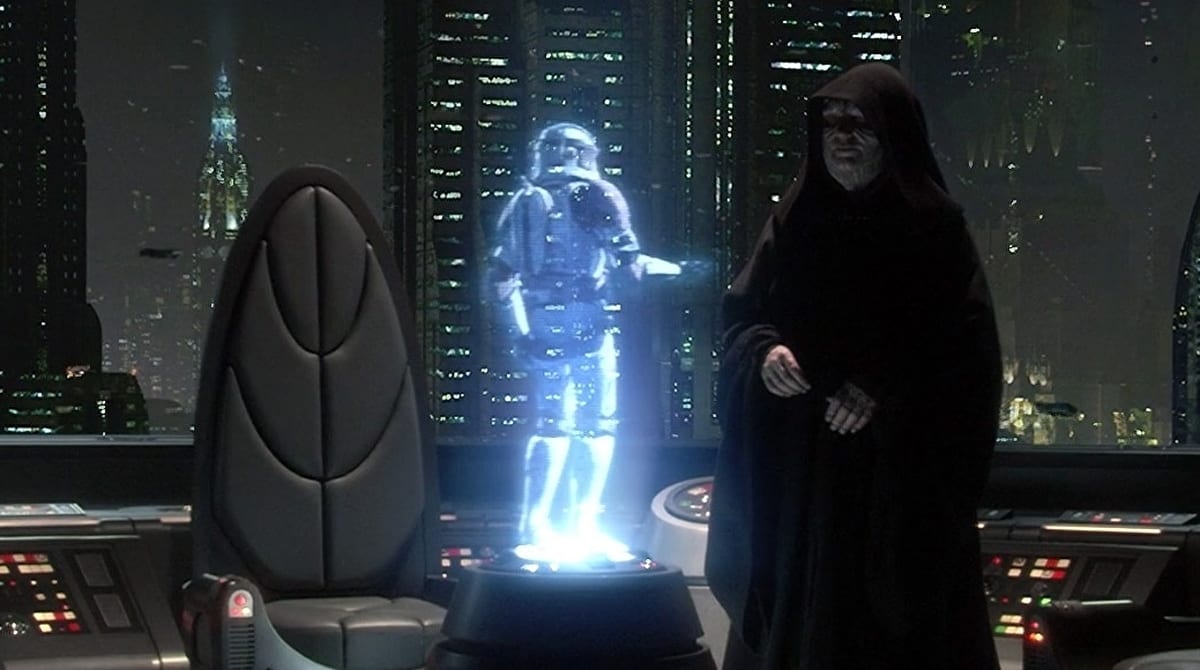 Palpatine’s execution of Order 66, which started the Great Jedi Purge, was one of the most important and tragic events in the history of the Star Wars universe. Faced with losing power at the hands of the Jedi, Chancellor Palpatine, who was actually Darth Sidious, manipulated Anakin Skywalker into becoming his apprentice, Darth Vader, and soon ordered the execution of Order 66, an executive order that set the Clone Army against the Jedi. But, Order 66 is just one of the 150 contingency orders and you might wonder why the Jedi didn’t use some of them to their advantage. If you do, keep reading to find out!

As far as it is known, the Jedi didn’t use Order 65 because they feared it would’ve been ineffective, as Palpatine had almost total control over the Senate even before Order 66. Also, the Jedi were protectors of the Republic and were generally unwilling to participate in political manoeuvres, which also explains why they never resorted to using Order 65.

Order 65 is one of 150 contingency orders of the Galactic Republic that was developed by the Grand Army of the Republic during the Clone Wars against the Confederacy of Independent Systems. Like all 150 contingency orders—which dealt with a variety of different emergency situations—the clone troopers of the Grand Army were trained to carry out Order 65 without hesitation. The text of Order 65 is as follows:

Order 65: In the event of either (i) a majority in the Senate declaring the Supreme Commander (Chancellor) to be unfit to issue orders, or (ii) the Security Council declaring him to be unfit to issue orders, and an authenticated order being received by the GAR, commanders shall be authorized to detain the Supreme Commander, with lethal force if necessary, and command of the GAR shall fall to the acting Chancellor until a successor is appointed or alternative authority identified as outlined in Section 6 (iv).

So, basically, if the Senate or the Security Council (which is a vaguely defined body composed of members of the Galactic Senate, that was charged with overseeing the security of the Galactic Republic) deemed the Chancellor to be unfit for any reason at all, they could order the Clone Army to remove him from power or, if necessary, kill him.

Now that we’ve seen what Order 65 is and how it could’ve been effective against Palpatine, we ask ourselves – why didn’t the Jedi use Order 65 to stop Palpatine? Well, there are several reasons for that, actually.

First of all, we have to fully grasp the context of the whole situation at the time. The Republic was at war with the separatists, whose perceived leader was General Grievous. The Senate has, at one point, given emergency powers to Palpatine, but only until General Grievous was defeated. Jedi Master Obi-Wan Kenobi was sent to deal with Grievous. In the meantime, Palpatine approached the unstable Anakin Skywalker and manipulated him into leaning towards the Dark Side of the Force. Anakin initially declined, but his personal issues (his relationship with Padmé Amidala, his status within the Jedi Order) clouded his judgment. Palpatine also admitted to Anakin that he was, in fact, Darth Sidious.

When news came of general Kenobi’s defeat of General Grievous, Jedi Master Mace Windu concluded that the Chancellor must give up his emergency powers, but then came Anakin’s warning:

Windu: “We just received word that Obi-Wan has destroyed General Grievous. We’re on our way to make sure the Chancellor returns emergency power back to the Senate.”

Anakin: “He won’t give up his power. I’ve just learned a terrible truth. I think Chancellor Palpatine is a Sith Lord.”

Anakin: “Yes. The one we’ve been looking for.”

Windu: “How do you know this?”

Anakin: “He knows the ways of the Force. He’s been trained to use the dark side.”

Windu: “Then our worst fears have been realized. We must move quickly if the Jedi Order is to survive.”

Windu left Anakin and went to arrest Palpatine, but things didn’t go all too well for the Jedi. Palpatine revealed himself to be Darth Sidious and quickly kills Windu’s associates, but the Jedi Master managed to gain the upper hand. Mace Windu initially stated that Palpatine was under arrest, pending a trial in front of the Senate, but Palpatine’s reluctance to accept that fate and Anakin’s arrival changed his decision. Realising that Palpatine would not yield, Mace Windu proceeded to kill him, but was betrayed by Anakin and soon killed by Palpatine. Anakin soon became Darth Vader, Palpatine initiated Order 66 and the rest is history.

The Jedi and Order 65

Now that we’ve established the context, we can proceed to answering our main question – why didn’t the Jedi use Order 65?

If you’re wondering whether they were aware of Order 65, a scene from Revenge of the Sith strongly suggest that they were:

The leadership of the Jedi Council was aware of an unknown threat and their possibilities, but they were worried that their intervention might be interpreted as a coup, which is why Yoda warned his friends about their line of thought.

The Jedi were aware of the fact that Palpatine had practically complete control of the Senate (which was ultimately proven to be correct). Without the Senate, they could not meet the necessary conditions to initiate Order 65, and the Security Council was a non-existent entity in the movie canon. The small number of Senators that actually did support the Jedi (Amidala, Organa, etc.) were all pacifists who wouldn’t immediately accept the idea of a coup. The Jedi’s problem was that without a coup, they could not take over the Senate and they could not legally remove Palpatine from power, which was a dangerous way of thinking for the Jedi (hence Yoda’s words of warning).

So, they did not meet the legal conditions to execute Order 65 and that was their first issue.

The second issue was the fact that the Jedi were law enforcers and not politicians. Despite their knowledge, their wisdom and their powers, they were only protectors of the Republic and hesitated to get involved in everyday politics. This is why they were so reluctant to initiate anything and these are the two main reasons why the Jedi didn’t initiate Order 65 to defeat Palpatine, which ultimately lead to the tragic Purge and the formation of the Galactic Empire.