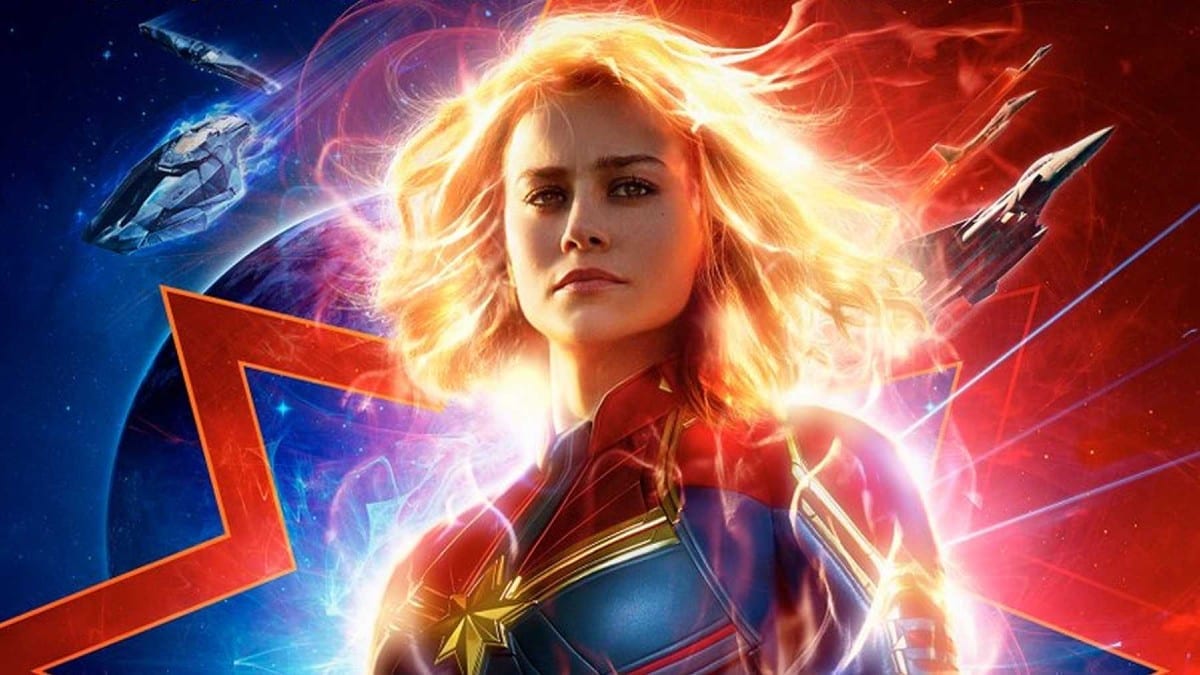 At the beginning of 2019, Marvel released its long-awaited blockbuster Captain Marvel. Captain Marvel is a beloved character and the fans were eager to see Carol Danvers on the big screen. Following the release of Wonder Woman Captain Marvel was predicted to be a huge success, but after the movie was released many fans were left disappointed.

The most prominent reason is a sudden drastic change to the character’s personality. Brie Larson’s acting was a bit unengaging and the way she chose to play the character didn’t sit well with fans.

Although the movie wasn’t the best and much of the criticism directed towards it is objectively right was it all brie Larson’s fault and does she deserve all the hate she receives?

Why do fans hate Captain Marvel?

At first glance, a lot of fans seem to hate Captain Marvel just because. She is a very new addition to an elaborate storyline that has been built up for more than a decade.

All the other characters have been fleshed out until this point and it is very clear what their motivations and goals are. Fans also sympathize with many of the main characters because they either followed them through a character arc or watched them question their moral views and overcome certain obstacles.

Captain Marvel does not overcome anything throughout her movie and she does not question her moralities. The center theme of the movie is whether the calm and collected mind can beat someone who gives in to their emotions.

She starts the movie driven by emotion, trying to succeed in a male-dominated profession, often acting on impulse and ends the movie as such. Even the final battle between her and her mentor, Jude Law holds no value because her attitude towards the main question the movie sets up is the same.

Besides the moral conflict, the movie does not have any tension. Most superheroes start with something holding them back and then after resolving the issue they realize their full potential. This is often illustrated through many fights with the antagonist, to whom they lose until with much struggle they ultimately win.

Although the idea behind her introduction to the MCU was that she is a character that is more powerful than any superheroes we met thus far which is not a problem on its own, but she should have certain struggles as a part of her story.

She has no issue defeating the bad guys, to the point that during one scene she defeats an entire group of enemy aliens with her arms restrained. While this can make a character appear more powerful and in control, in this case, it just takes away the tension.

Captain Marvel is portrayed in such a way that she is always obviously the one that is going to win, making any fight without any stakes.

Many fans also take issue with the way Carol Danvers is written these days. She used to be this low-key second-tier Avenger, with personal problems and fun interactions with other loved characters in the universe. However, making her the star of the first big Marvel movie with a female lead has forced the writers to alter her a bit.

All of a sudden she was this overly confident, always in the right demanding military figure, and she had to be for this movie to work, right?

Many see this as taking it too far. It is absolutely possible to have a leading character with these personality traits it is much harder to make them likable because everything about their personality is unlikable.

Why do fans hate Brie Larson?

Brie Larson is a recognized actress praised for much of her work, but what about playing Captain Marvel made the public opinion about her change?

Many fans were put off the movie by her comments about the male fans’ opinions on the movie, claiming that she does not care about what they have to say, because the movie was not made for them.

Originally the character was male, and many fans voiced their concern that the change was made only to compete with DC and to follow the trend of catering to the female audience. Many were afraid that this was not thought through and that the final product will not be as good as it could have been.

The fans argued rather than trying to create a character that would speak for the entire gender and make it centered around that would significantly worsen the movie and instead, the directors should try to make her a character that speaks for itself and stands out, and just so happens to be a woman.

Many also believed that she took this job to further herself and was not concerned with her performance as her portrayal of the character was a bit bland and emotionless.

The cast of the movies is well known to be close with one another but it seems that Brie Larson does not get along with them well. She comes off very reserved and uninterested in many interviews.

The interview that is brought up a lot is the one Brie has done with Chris Hemsworth and Don Cheadle. Both of them seem very awkward with her playful remarks coming off rude.

Brie Larson is also very politically active and often talks about her views in interviews, which makes it difficult for people to separate her from those views.

Is Captain Marvel the most hated avenger?

It seems that many fans dislike Carol Danvers, regardless of her own movie and comic books. The hate was caused by Brian Michael Bendis’ Civil War 2.

This was the first comic that had Captain Marvel as a leading role. The conflict between her and Tony Stark involving a young inhuman Ulysses Cain, who has visions of the future in which Miles Morales kills Steve Rogers.

However, he is not sure whether the things he sees will inevitably happen or if they present a possible version of the future. Carol wants to arrest Miles, but Tony argues that it is not just to judge people for crimes they have not committed yet.

Carol was written in a way that was drastically different than any other portrayal until that point. She became an authoritative figure that believes she is always right and holds her morals above everyone else.

What pushed fans even further into disliking her is the stance she takes during the storyline. Many would argue that it is morally unjust to judge someone based on a crime they have not committed.

The fight ends in a showdown between her and Tony Stark when she finally defeats him using the full extent of her power to blast him out of the Iron Man suit and putting him in a coma.

The ending added onto the hate as Tony Stark is one of the most beloved characters in the Marvel comic and many claimed that he was in the right in this conflict.

Why are fans wrong?

While a lot of criticism about her performance in the movie and the way the character is written is warranted, it’s also clear that much of the hate is caused by things she had no control over.

Brie Larson does come off a bit cold and stiff interviews but she is not an entitled, arrogant brat the media makes her out to be.

Being the first big female lead in a cinematic universe with mostly male leads is immense pressure, especially following the success of Wonder Woman.

Her portrait of Captain Marvel may not be what most fans envisioned and it will most likely change as she appears more in the MCU.

The best example of this kind of character development is Thor. The first movie is one of the best movies in the MCU, but the second one wasn’t well received.

While making Thor Ragnarok the production team took into consideration all the criticism and made a new Thor with significant changes and delivered a movie that many consider is one of the best in the entire Marvel franchise.

This will inevitably happen to Captain Marvel as she is likely to be one of the main characters of the next phase in the MCU, so the fans should bit just a bit more patient, because when was the last time Marvel didn’t deliver.