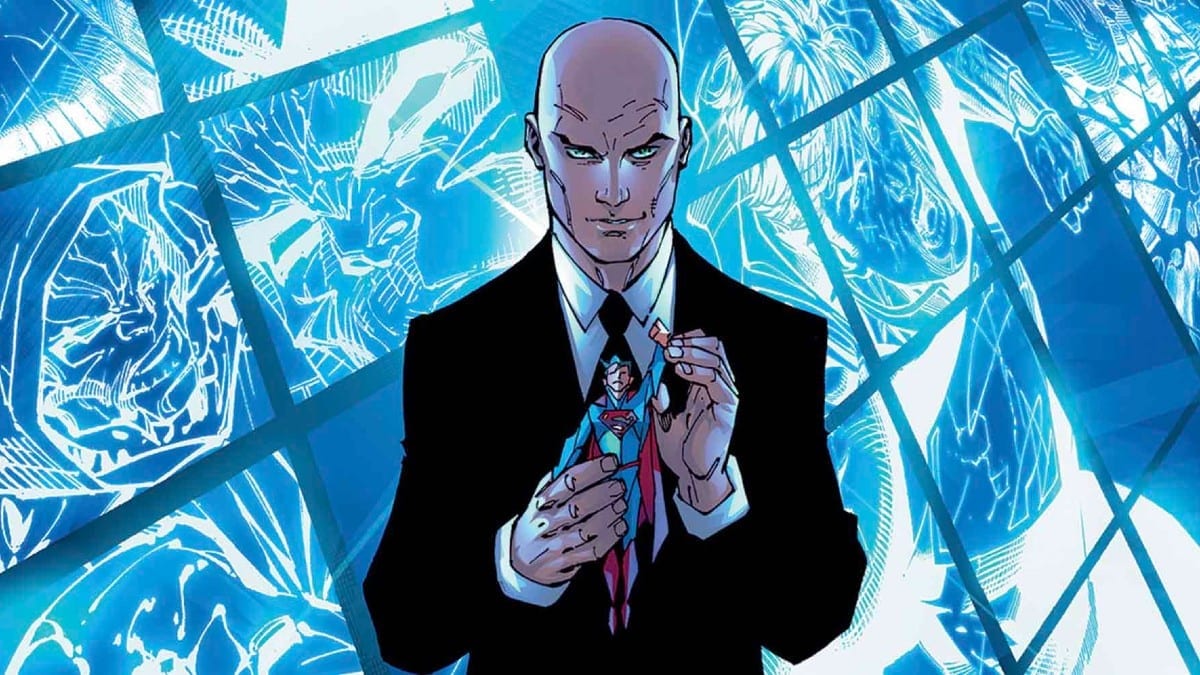 Lex Luthor is Superman’s most famous enemy, but how it all started and why Lex hates Clark Kent, find out in this article.

Lex Luthor’s hate for Superman comes from his envy. Superman reminds Lex of everything that he can never be. Superman never gets sick, he can make fire come out his eyes, he can fly at higher speeds than any man-made aircraft can ever do. And most importantly, Superman is selfless.

Lex Luthor is a supervillain in the DC comic universe. He first appeared in the comic, Action Comics no. 23

, which was first released back in 1940. In the comic, he is a highly successful business, an intelligent scientist, and CEO LexCortp.

Despite being a self-established millionaire, he can’t stand Supermen. He makes a master plan and kidnaps Martha Kent, to force Superman to fight Batman. But why does Lex Luthor hate Superman?

Why Is Lex Luthor Evil?

Lex Luthor isn’t evil by nature, rather he is a genius. Inventor, industrialist, scientist, philanthropist, entrepreneur, billionaire, and a genius, are only some of the adjectives we can use to describe him.

Through sheer hard work, he built a successful company that operates in multiple countries throughout the world. He has mastered almost every branch of science. And most importantly, he has kept himself fit.

He didn’t let the money get to his head. Above all, he wanted to become a global leader. And he did. He was a reputed person throughout the world.

To consolidate his influence, and establish himself as a leader, he did have to engage in, what some would term as evil. He did sell weapons to bad people, but at the core of it all, he only wished to spread his influence.

I wouldn’t say he is Evil. He is a true businessman and a visionary. He built his empire from nothing.

People didn’t consider him as evil until Superman arrived.

Why Does Lex Luthor Hate Superman?

Lex Luthor dreams of being the person and dreams of possessing the powers that Superman inherited by birth.

Superman never gets sick, he can make fire come out his eyes, he can fly at higher speeds than any man-made aircraft can ever do.

Lex Luthor needs to go to the gym and work until he is sweating to keep fit. But Superman doesn’t need to do any of that. He stays fit, and strong without having to lift weights.

And most importantly, Superman is selfless. He is a god, who doesn’t encourage any offerings from his followers. Superman has earned the love, and respect of his fellow people without having to ask for it. He stands for the right, and that is what makes an adored figure.

But Lex Luthor has to get his hands dirty to achieve his goals. He is a mortal man, who can only dream about being treat equal to a god. He is jealous. And that is what makes him hate Superman.

Superman reminds Lex of everything that he can never be.

No matter how hard Lex worked to achieve do good for the broader humanity, he would never receive the same amount of respect as Superman does. Superman can achieve in seconds; what Lex would need years to reach.

How Is Lex Luthor a Threat to Superman

Lex is a threat to Superman in the sense that he tries to defame him. Lex is aware that he cannot beat superman using power, so he tries to erase him from the hearts of the inhabitants of Earth.

Lex is aware of the fact that Krypton, Superman’s home planet, was destroyed long ago. Now Earth is Superman’s home. But he is a god when compared to the mortal inhabitants of Earth.

And this is exactly what Lex Luthor tries to use against Superman. He tries to influence people into thinking Superman is a manipulator, there is no space for him on earth, he is an alien.

Think of it this way. Lex Luthor is a good kid. But he decides to bully Superman. But Superman refuses to react because he chooses to do so, even though he can easily knock him out. This is what makes Lex Luthor weak.

Lex Luthor is not evil, he just dreams of becoming a superior being. You can’t hate someone for being an aspiration.

In the comic The Crime Syndicate of America, we also saw in an alternate reality, where each member of the Justice League is evil, Lex Luthor steps up and saves the Earth.

How Did Lex Luthor Find Out Who Superman Was?

In the movie Batman v Superman, in the party scene we see Lex Luthor excited at the thought of Bruce Wayne, and Clark Kent meeting for the first time.

And he addresses Superman by his name Clark joseph Kent which indicates that Lex was already aware of Superman’s actual identity. Moreover, the fact that he kidnaps Martha only validates this theory.

The reason why Lex Luthor thought it was important to know the identity of Superman is because this is the only way to have the upper hand.

Lex Luthor and Bruce Wayne are both highly skilled, and qualified individuals. They are the heads of successful companies, and they have developed cutting edge technology. But when compared to Superman, they are nothing. The only way they could beat Superman is by using their sheer knowledge. He also points out that knowledge is his biggest strength in the fundraiser speech in the movie.

Lex Luthor didn’t only uncover the identity of Superman, he did for Batman, and Wonder Woman. He did that by illegally acquiring data, and using facial recognition to pinpoint the identity of all three.

We have to consider that uncovering Superman’s identity wouldn’t be a big issue for Lex Luthor, given that he has the money to employ hundreds of social engineers, and hackers to steal data from government databases.  And he can hire the best tech engineers to build a top-notch facial recognition technology to help him unearth the identity of his enemies.

In the movie, we also saw Lex Luthor allows Bruce Wayne to use the resources from his R&D department. And there Bruce finds the file on Kryptonite. It was part of a bigger plan by Lex.

Instead of fighting Superman himself, he manipulated Batman into doing that.

There is one other theory for how Lex Luthor might have learned the actual identity of Superman.

In the movie, Man of Steel, we saw that Zod uses Lois to know about the identity of Superman. And this information was stored on his ship.

So when in the movie Batman V Superman, Lex takes control of Zod’s ship, he gets full access to every information the ship contains. As soon as Lex boarded the ship, its AI asked him whether he wanted a brief of everything piece of information it stores.