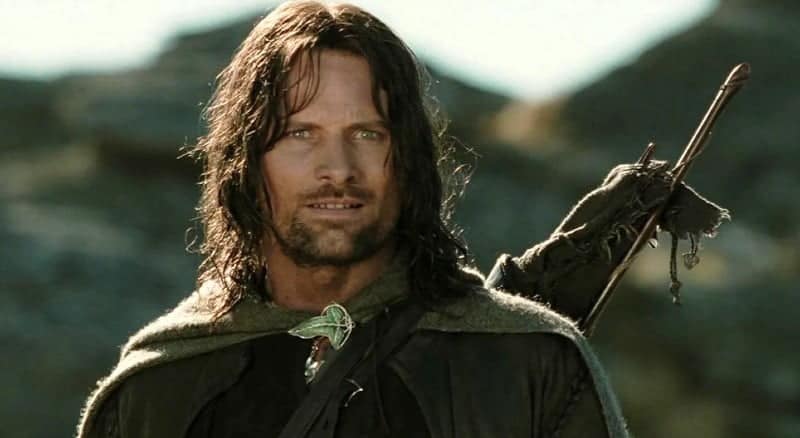 If you are watching Lord of the Rings movies you may be wondering why Aragorn called Strider and Elessar. Well, we have an answer ready for you in this article.

Aragorn II was the son of Arathorn II and Gilraen. He was the last Chieftain of the Dúnedain and a direct descendant through many generations of Isildur, the last High King of both Arnor and Gondor.

Aragorn would become the greatest Man of his time, leading the Men of the West against Sauron’s forces, helping to destroy the One Ring, and reuniting the Kingdoms of Arnor and Gondor.

“Tall as the sea-kings of old, he stood above all that were near; ancient of days he seemed and yet in the flower of manhood; and wisdom sat upon his brow, and strength and healing were in his hands, and a light was about him.”

― The Return of the King, The Steward and the King

Why is Aragorn Called Elessar in Lord of the Rings?

Aragorn was born in T.A. 2931 to the Chieftain Arathorn and received the name Aragorn. But his grandmother, Ivorwen, noted with foresight that Aragorn would one day wear on his breast a green stone.

However, his very name, Aragorn, was a dangerous clue to his importance, meaning “Noble King” to anyone who might understand the Sindarin language.

A legend says that the Wizard Gandalf had brought such a stone from Valinor. He gave the Elessar to the Elven Lady Galadriel and remarked prophetically that she would pass it to another, who will also be called Elessar. From this would come his royal name Elessar (Quenya for “Elfstone”), and he would be a healer and a renewer.

Aragorn again amazed the rest of the Fellowship by his apparent closeness to the people of Lothlórien, and his friendship with Celeborn and Galadriel. At their departure, Galadriel offered him the Elfstone as a wedding gift from the family of the Elven bride to the groom, foretelling his marriage to Arwen. It was worn by Aragorn ever after and from that he later took the name Elessar.

Aragorn ruled the Reunited Kingdom of Gondor and Arnor until year 120 of the Fourth Age.

Some days after his coronation, Gandalf took Elessar up the slopes of Mount Mindolluin, and there he found the scion of Nimloth, the symbol of his mastery of the Reunited Kingdom. Elrond and Arwen came to Gondor and Elrond gave Elessar the Sceptre of Annúminas signifying the Kingship of Arnor. He wedded Arwen on Midsummer’s day of 3019, and then was forced to bid his old friends farewell. He turned back to his new kingdom as the Fourth Age dawned and the Ringbearers left the shores of Middle-earth forever.

One of his first tasks in the re-ordering of his realm was the restoration of Orthanc and ordered the Orthanc-stone to be returned there. With this opportunity, many secrets and hoarded treasures were revealed including the Elendilmir which Saruman took from Isildur’s body. Elessar received the Elemdilmir with reverence and took it with him as he established his full kingship of Arnor.

Elessar gave his Steward Faramir the title Lord of Emyn Arnen and created him as Prince of Ithilien. He declared the Drúadan Forest to belong to the Drúedain and a protected enclave of his Kingdom. He also re-established the Great Council of Gondor whose chief counselor was the Steward. He also renewed the Oath of Cirion with Éomer.

As for the Shire, he declared it a Free Land under the protection of the Northern Sceptre and forbid Men from entering it. He appointed the Thain, the Master of Buckland, and the Mayor of Michel Delving Counsellors of the North-kingdom. Also, he offered to the Shire the lands up to the Emyn Beraid.

He founded the royal House of Telcontar, he had a son and a number of daughters.

King Elessar died after 210 years of life and 122 years of rule and was succeeded by his son Eldarion. His wife Arwen, now mortal, gave up her life shortly afterward in year 121, aged 2,901.

Why is Aragorn called Strider in the Lord of the Rings?

Life as a Ranger

Estel took up his proper name as Aragorn, sixteenth of the Chieftains of the Dúnedain, and after he took leave of his mother and Elrond he went into The Wild. In T.A. 2953 he was not present in Rivendell for the last meeting of the White Council.

Aragorn met Gandalf the Grey in T.A. 2956, and they became great friends. At Gandalf’s advice, he started to become interested in the Shire and became known as Strider in this region.

If the Enemy knew that Isildur’s heir lived, they would have done anything to kill him. So Aragorn’s identity had to be concealed from outsiders. In some ways, this was as simple as keeping his given name a secret from those who did not have a need to know it.

Outside Rivendell and the close circles of the Rangers, then, his name on the street was simply Strider.

Other versions of the legendarium