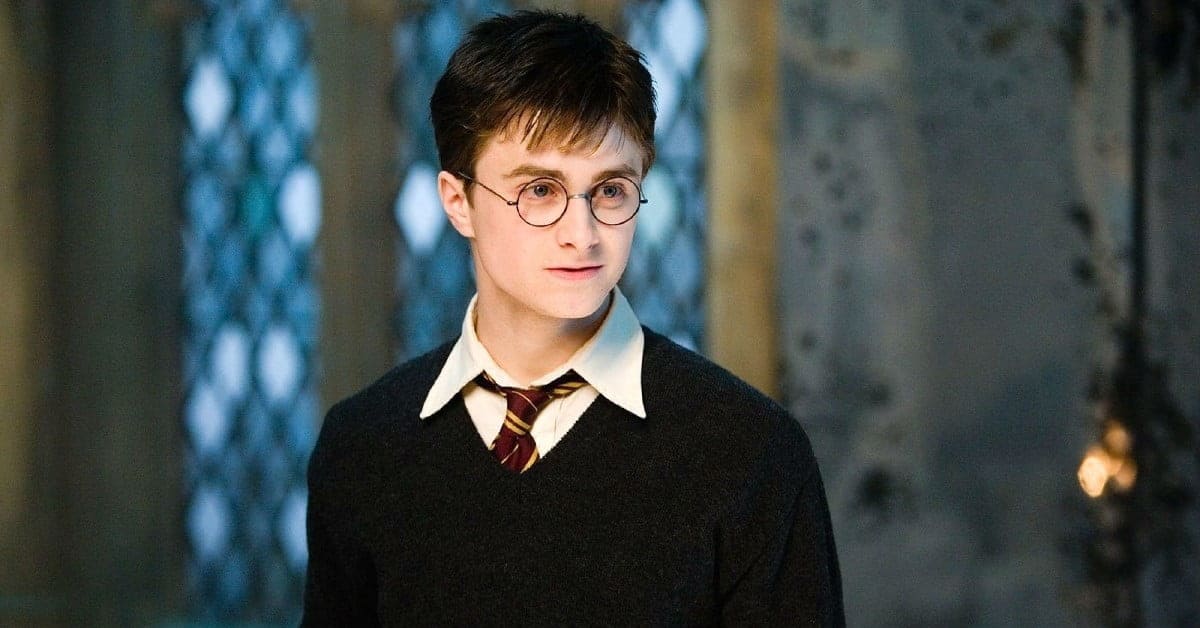 Anyone who has read Harry Potter knows that Voldemort is a villain. He Who Must Not Be Named went so far that he used the darkest magic spell there is – Horcrux. Horcrux represents an object in which a Dark wizard puts a part of his soul to become immortal. To protect himself and the object, the Dark wizard usually cast numerous protective spells on Horcrux. Why then is Harry Potter, who is always getting into trouble, one of Voldemort’s Horcruxes?

Harry Potter became Horcrux accidentally. Voldemort never intended to turn Harry into Horcrux. He didn’t even produce the Horcrux spell. When Voldemort cast a deadly spell, the spell rebounded on him. His already fragmented soul split and the piece of it attached to Harry’s, turning him into Horcrux.

It is unknown that any wizard before Voldemort has made more than one Horcrux, especially not six of them. Although Harry does not fit in the definition of a Horcrux, because he was not created by using a Horcrux making spell. In the last book, Harry Potter and the Deathly Hallows Dumbledore tells Harry: “You were the seventh Horcrux, Harry, the Horcrux he never intended to make. “At that time Voldemort attacked baby Harry, his soul was already so damaged that he didn’t even notice that he had produced the seventh Horcrux. Not to the very end.

What is the purpose of a Horcrux?

According to J.K. Rowling, Horcrux is the object in which a Dark wizard has hidden a fragment of his soul for the purposes of attaining immortality. Horcrux is usually an object, but it can also be a living creature, having in mind that it is risky to do so.

The purpose of the Horcrux is to protect a soul from anything that can happen to the body. As long as Horcrux exists, the person whose soul is in her will be immortal, moreover indestructible.

No matter if the body is destroyed, the soul will remain intact and connected to the world of the living. Rarely will anyone choose such a way of life over death? It is known that such an act was performed only by two wizards, Herpo the Foul and Lord Voldemort.

Horcrux is known to have the ability to live independently without its creator. It has some kind of mind that thinks independently of its creator and can be strengthened by feeding on other people’s lives and negative emotions. Horcruxes that have been intact and hidden for years do not have such capabilities. Most Horcruxes, however, are well hidden to protect them from the risk of destruction.

To produce Horcrux, the wizard must cast the ancient dark spell which can only be found in the book Secrets of the Darkest Arts. For the spell to work, it is necessary to commit the worst act a man can do, murder. The very act of murder is so horrific that it leaves a mark on the soul of the killer. The dark wizard uses that mark on his soul to produce Horcrux by casting a spell that puts that part of the soul into an object turning it into Horcrux. Even in some other books dealing with the Dark Arts, Horcrux is mentioned as a spell that is so dark to even speak of it.

The nature of Horcrux was considered extremely repulsive, so wizards were not taught about this spell and it was kept secret. Moreover, in the Hogwarts Scholl of Witchcrafts and Wizardly, it was a forbidden material. Only a few wizards knew what Horcrux was, and almost no one knew how to perform that spell.

Why is Harry Potter a Horcrux?

There is still debate about whether or not is Harry Potter truly Horcrux. Many argue that Harry cannot be a Horcrux given the fact that Voldemort did not use the Horcrux making spell. Proponents of this theory also claim that in that case, Voldemort could have accidentally made numerous Horcruxes without even knowing about them.

Harry Potter is a Horcrux that should never have been made. Indeed, Voldemort never used the Horcrux spell on Harry. Also, Harry was not supposed to serve as an object in which Voldemort would store a part of his soul. To understand why Harry Potter is Horcrux, you need to know how it came to that.

Voldemort has always been obsessed with the idea of ​​avoiding death. While still in school, he became interested in the dark arts, especially the Horcruxes. Reading about them, he became fascinated by the idea of ​​immortality and decided to make six Horcruxes to insure himself against death. No wizard has ever tried to make more than one Horcrux, at least it is not known that he succeeded in doing so. Voldemort, however, was the darkest wizard of his time and he put his idea into action. Breaking his soul and making six Horcruxes, he brought his soul to its limits.

The night Voldemort attacked Harry, Lily Potter’s love saved Harry from certain death. The protective spell caused Voldemort’s deadly curse to bounce off Harry and hit Voldemort. At that moment, a part of Voldemort’s soul separated from him and his body died. That small part of his already fragmented soul entered the only living being in the room – Harry Potter himself, making him a never-planned Horcrux.

How does Harry live if he is a Horcrux?

Harry had become a kind of Horcrux since he was a baby. It is unknown how Horcrux works if another human is used to create it because no one has ever done so. Voldemort used his snake, Nagini, to create the Horcrux, but he never had enough confidence in another human being to make it his Horcrux. However, Nagini is proof that the Horcrux can be another living being, although this is very risky given the fragility of living things.

The part of Voldermort’s soul that lived in Harry left a certain influence on Harry. Harry Potter could speak Parseltongue, the language of snakes. It was a rear ability and only wizards directly descended from Salazar Slytherin could speak Parseltongue. A piece of Voldemort’s soul seems to have conveyed this ability to Harry. Also, later in the books, Harry could occasionally see what is Voldemort doing by seeing the world through Voldemort’s eyes. Once, Voldemort was able to send Harry visions that tricked him into going to the Department of mysteries. Harry could sense when Voldemort is feeling overwhelmed, mostly when he is extremely angry or happy.

How did Voldemort die if Harry was a Horcrux?

As mentioned earlier, Voldemort split his soul into seven Horcruxes. He made six Horcruxes with intent, turning objects he considered extremely valuable or significant to him into eternal shelters for his soul. The seventh Horcrux, Harry Potter, was created by accident. To be able to destroy a person whose soul is stored in the Horcruxes, it is necessary to destroy all the Horcruxes which represent the connection with the living world.

Voldemort’s secret was first revealed by Dumbledore. He started suspecting in the existence of Horcruxes when Harry destroyed Tom Riddle’s diary in the book Harry Potter and the Chamber of Secret. Dumbledore himself destroyed another Horcrux, the ring. He passed the knowledge of Horcruxes on to Harry. Their mission was to find out what were they, to locate them, and to destroy them. After Dumbledore’s death, Harry shared information about the Horcruxes with Ron and Hermione with whom he continued his search.

After destroying five of them, Harry learned from Snape’s memories that Voldemort had accidentally put a part of his soul into Harry himself. The only one who could destroy that Horcrux was Voldemort himself. Harry knew he had to sacrifice himself and let Voldemort kill him without a fight. Harry did not know that he will survive such an act, which makes him an even greater hero of this story.

The moment Voldemort cast a death spell on Harry, the spell killed part of Voldemort’s soul in Harry without damaging Harry. After Harry was relieved of the burden of Voldemort’s soul, Neville Longbottom killed Nagini, who was the last Horcrux. In this way, Voldemort’s last connection with the world of the living was destroyed, and Voldemort was no longer immortal.

Harry Potter then fought Voldemort. In the last battle at Hogwarts, the duel between Harry and Voldemort was quite short. Voldemort cast the killing curse but his wand was on Harry’s side, the side of his true owner. The curse turned itself against his rightful owner and hit him leaving him dead on the spot.

Did Hermione know Harry was a Horcrux?

No, Hermione didn’t know that Harry was a Horcrux.

After watching Snape’s memories, Harry came to the understanding that he is the seventh Horcrux. Given Hermione’s intellect, many assume that Hermione realized that Harry was the last Horcrux that Voldemort accidentally created. Despite this, according to the book series, Hermione did not know that Harry was a Horcrux. After Harry defeated Voldemort, he told Hermione and Ron everything.