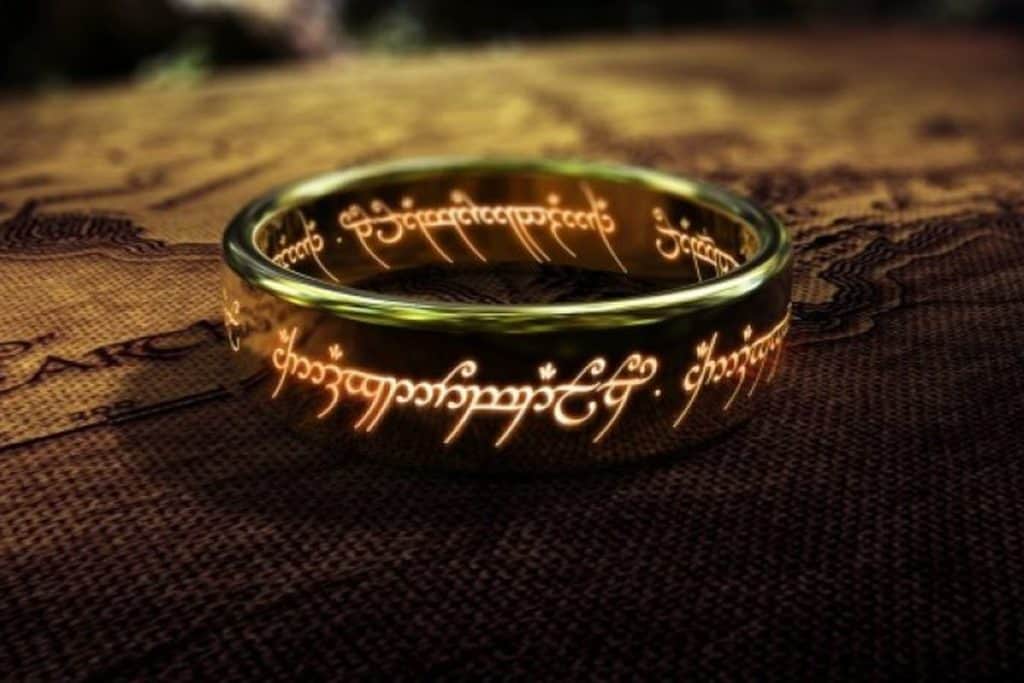 If you are a fan of Tolkien’s biggest work, or if you are not, you may be wondering, ‘why is the Lord of the Rings so popular, when there are so many ‘similar’ books, that don’t have such popularity?’

Lord of the Rings popularity comes from its creator, world building, character coherence and story.

Don’t worry, you are not the only one who asked that same question. In fact, when J.R.R. Tolkien showed his manuscript to his publishers Allen and Unwin, their first impression was concern over the size and length of the story. They doubted very much whether such a book would ever become profitable, but they decided to go ahead splitting the story up into six different books. Their initial concerns were soon diminished and Lord of the Rings went onto become the most popular book of all time.

About Lord of the Rings popularity

Although generally known to readers as a trilogy, the work was initially intended by Tolkien to be one volume of a two-volume set, the other to be The Silmarillion, but this idea was dismissed by his publisher. For economic reasons, The Lord of the Rings was published in three volumes over the course of a year from 29 July 1954 to 20 October 1955. The three volumes were titled The Fellowship of the Ring, The Two Towers, and The Return of the King. Structurally, the novel is divided internally into six books, two per volume, with several appendices of background material included at the end. Some editions combine the entire work into a single volume. The Lord of the Rings has since been reprinted numerous times and translated into 38 languages.

Tolkien’s work has been the subject of extensive analysis of its themes and origins. Although a major work in itself, the story was only the last movement of a larger epic Tolkien had worked on since 1917, in a process he described as mythopoeia. Influences on this earlier work, and on the story of The Lord of the Rings, include philology, mythology, religion and the author’s distaste for the effects of industrialization, as well as earlier fantasy works and Tolkien’s experiences in World War I. The Lord of the Rings in its turn is considered to have had a great effect on modern fantasy; the impact of Tolkien’s works is such that the use of the words “Tolkienian” and “Tolkienesque” has been recorded in the Oxford English Dictionary.

What makes Lord of the Rings so popular

There are some amazing fantasy books and book series out there, and then there is Lord of the Rings. We will tell you below what are, in our opinion, and opinion of the people around the net, the reasons why the Lord of the Rings trilogy is so popular.

Mastery of Lord of the Rings creator

What makes the Lord of the Rings so epic and beautiful is the creation itself as well as the mastery of its creator.

The trilogy, as it is often pointed out, is nothing but a small fraction of the whole story. It is the tip of an endless iceberg in a bottomless sea of creativity; the creativity of just one great man.

Many would agree that John Ronald Reuel Tolkien can be rightfully considered as one of the best authors of all time, and the fact that there are people – known as Tolkien scholars – who spend years, even decades of their lives to studying him and his work, already gives an idea of his singular, remarkable uniqueness.

But, even the best of them probably – even Christopher Tolkien, his own son – are not aware of the full, true scale of his legendarium. How could they be? In fact, it could be said that even John Tolkien himself lost the end of it at some point when his story grew so big and intricate, so far-reaching in time, in space, and in detail, that it gained a life of its own.

And that could be the greatest thing about the Lord of the Rings: not the books themselves, but the endless content about the content in them. That is how Tolkien, better than any other writer, succeeded in creating a world so masterfully crafted that it continues to live today, long after he is gone, and which will likely never die.

Lord of the Rings world building

One of the best things Lord of the Rings has to offer is its world-building, and it is directly connected to mastery of its creator.

Tolkien created an interconnected world like no one else in history. He created powerful descriptions of various places. It is not easy to write detailed descriptive passages without it becoming a side issue and uninteresting. But Tolkien is the master of evoking imagery and places, which become a quintessential part of the story and book. His vivid imagination powerful conveys a range of locations from the beautiful and mystical Lothlorien to the horrors and tortures of the wastelands of Mordor. The descriptions are so powerful we feel that we are journeying with the characters themselves. This is most relevant in the passage through Mordor, it actually becomes one of the harder passages to read because of its nearly unremitting darkness.

Lord of the Rings characters

Lord of the Rings has amazing character coherence and development.

Characters are like that you want to be one of them either the Gandalf or Aragon or Legolas or Gimli or Samwise or Merry or Pippin or Frodo or Galadriel or Arwen. We all want to be like them in our dreams. You will fell in love with them by the end of it. The intensity of their personality will pull you towards them, you get attached to them. You feel sad when they feel sad, you get goosebumps when something exciting happens.

Lord of the Rings story

The story has an amazing, almost unique, and greatly established philosophical, philological, and mythological background (world legends and religion creating a coherent internal belief system and philosophy thus rendering anything impossible in our world completely plausible in story world).

The huge, widespread story taking place in an even wider world where many plotlines are hidden from view but can be fully imagined in response to the main story.

It’s not only about the powerful wizards or disciplined and supernatural elves or mighty humans. It is also about hobbits, small creatures, Gollum, trees, nature. It’s about our hunger for power whilst we know the chances are high that it will corrupt us. It’s about friendship, loyalty, determination, and courage of everyone who is part of it. It’s about the truth of war, what is it actually like. The story attracts you and you wish to be part of it.

Lord of the Rings movies

If Tolkien gave us LOTR, Peter Jackson further improvised and gave us the movies, which are just incomparable! The direction was outstanding, the cast was terrific, and the cinematography was mind-blowing. It was as though the actors were made for the part. Ian McKellen had never read LOTR but it was Jackson’s passion that made him sign as Gandalf. Christopher Lee was just as amazing as Saruman! It seems that he read LOTR at least once every year till his death in 2015. He was the only actor from the franchise to have personally met JRR Tolkien. Viggo Mortensen, Elijah Wood, Orlando Bloom, John Rhys-Davies, Sean Bean, Sean Astin, Billy Boyd, Dominic Monaghan, Liv Tyler, Cate Blanchett, Andy Serkis, Ian Holm, and many others gave terrific performances. The Return of the King won 11 Oscars! Other fantasy movies struggle to even win one!

Some fans didn’t like the Peter Jackson film series but we loved and still love them! Both books and movies are just epic and can’t be compared! One can enjoy both equally. The Sunday Times has perfectly quoted on the legacy of LOTR “The English-speaking world is divided into those who have read The Hobbit and The Lord of The Rings and those who are going to read them” I’m glad that I belong to the first category! One ring to rule them all!