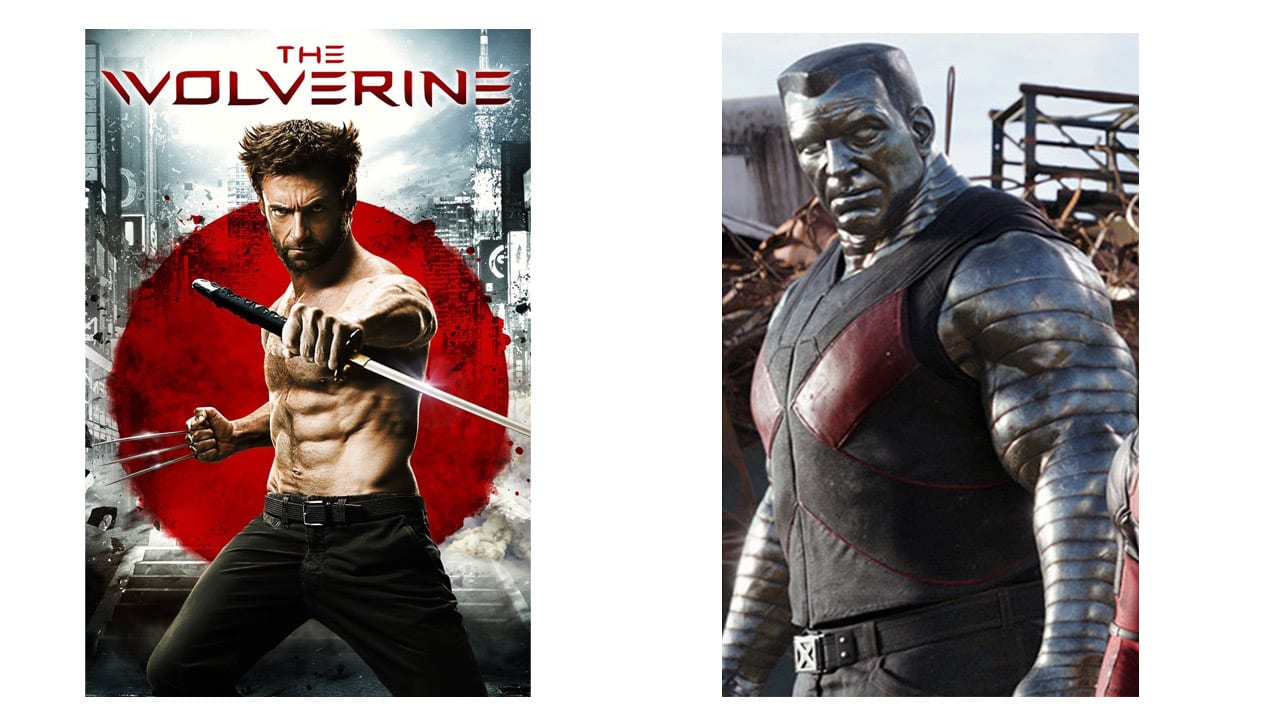 Wolverine is undoubtedly a fan favorite superhero from Marvel. He was featured in many movies. On the other hand, we have Colossus, who is another Marvel superhero, who was often overshadowed by the other X-Men members. But true fans know Colossus is no joke.

If a fight broke out between the Wolverine and the Colossus, Colossus would defeat Wolverine. Despite having sharp claws, Wolverine will struggle to strike Colossus at his weakest.

The following sections will introduce you first to the characters, and background story of both Wolverine, and Colossus. And in the last part of this article, we will see how they compare against each other.

How powerful is Wolverine

Wolverine is a Marvel superhero with a distinct charm. He is a lone wolf. Some might also argue he is the most masculine superhero in the Marvel Universe. Later in his career, he takes the alias Logan. Wolverine was developed by Roy Thomas, Len Wein, John Romita Sr. He first appeared in The Incredible Hulk #180 series which came out back in October of 1974.

We saw Wolverine for the first time in a four-issue limited series which was published back in 1982 (September- December). Throughout the years several writers were involved in the project including Archie Goodwin, Warren Ellis, Erik Larsen, Peter David, Rob Liefeld, among others.

From its beginning, Wolverine was not like the typical superhero. He rarely wore a costume. Instead of fighting villains from other planets, Wolverine is mostly seen embarking on different adventures. And unlike other superheroes, he isn’t that concerned about hiding his identity either. Most of the time we saw him wearing civilian clothes or a mask-less all-black outfit.

Wolverine has the following superpowers, strong senses, enhanced physical abilities, healing factor, and the most prominent of all, three retractable claws in each hand. Along with spending most of his time as a solo superhero, Wolverine is also a member of X-Men, the Avengers, and Alpha Flight.

Although Wolverine was never a villain, he was mostly portrayed as an antihero. After the Vietnam War in the 1980s, most Marvel superheroes were portrayed as aloof, detached from society, but possessing great powers. After he was introduced as a member of the X-Men, he soon became a fan favorite.

Throughout the years, Wolverine has appeared in many X-Men comics, including his solo comic series. Moreover, Wolverine was also adapted for the silver screen, by the 20th Century Fox, where High Jackman played the role. X-Men was ranked 4th by IGN on their 2011 Top 100 Comic Book Heroes list.

Wolverine was born to a couple, John, and Elizabeth Howlett, in Alberta, Canada. He was named James Howlett. He later finds out that he was the illegitimate son of Howlett’s groundskeeper Thomas Logan. After John’s other son, Dog, accuses Thomas of rape, he is fired from his job. Out of anger, Thomas returns to the farmhouse and kills John Howlett. Young Logan kills Thomas Logan as revenge.

He flees his village with his lover Rose and starts living in a mining colony. One day he accidentally kills Rose. When the first World War broke out, he joined forces with Captain America. He is later recruited by Team X. Without his consent, Team X was implanting false memories in him. When Wolverine finds out, he escapes the facility.

He is later abducted by the Weapon X program. And at this stage, in Weapon X’s captivity, he gets Adamantium inserted into his body, making him much stronger, and capable of fierce destruction.

He joins the Canadian Government’s Department H and named the first-ever superhero of Canada. As his first mission, he was deployed to stop the fight between the Hulk, and Wendigo. Much later in his career, he is recruited by the mastermind Professor Charles Xavier for X-men.

How powerful is Colossus

Colossus is another fictional superhero from Marvel. He was created by Len Wein and Dave Cockrum. Comic fans first got to see him in the comic Giant-Size X-Men, which was published back in 1975.

Despite popular belief, Colossus isn’t a villain. He is a crucial member of the X-Men family. He was reluctant to use his superpowers unless it served humanity. Along with being the strongest superhero in X-Men, he also had a quiet, honest, and calm demeanor. After his debut, he was a regular character in all X-Men comics.

In 2013, Colossus was ranked 10th on its Top 25 X-Men list. Furthermore, he was also ranked 22nd on ComicAlliance’s list of “50 Sexiest Male Characters in Comics.”

Piotr “Peter” Rasputin, who later takes up the alias of Colossus, was born near Lake Baikal in Siberia. He lived with his father Nikolai, mother Alexandra, sister Illyana, and brother Mikhail.

Unlike other superheroes, who realize their superhuman abilities much later in their lives, Colossus identified his superpowers at an early age. During his adolescence, he saved his sister from an oncoming truck. His story of bravery reached Professor Charles Xavier, and he quickly made attempts to recruit him.

Peter Rasputin was recruited by Charles Xavier to serve one specific purpose, save the first generation of X-Men from the island Krakoa. Charles gave him the alias Colossus and brought him back to the United States with him. He and the newly formed X-Men were successful in saving the first generation X-Men.

After the mission was a success, Colossus decided to stay in the United States. In his career, he was also brainwashed to fight against the X-Men. A woman named Miss Locke abducted many loved ones of the X-Men members. Her motive was to force the X-Men into freeing her employer the Arcade, who is a supervillain hitman.

Among the captives were Colossus’s younger sister Illyana. After they freed the Arcade, Colossus was brainwashed into joining “The Proletarian”. However, X-Men members knew from the beginning that Colossus was being forced into participating in all the evil acts. They finally were successful in freeing Colossus’s sister Illyana.

During his time in X-Men, Colossus made acquaintance with Kitty Pryde. She is also a mutant who has the superpower of going intangible at her will. Not only her, anting she is in contact with goes intangible. She is also an expert at levitation. Colossus and Kitty form a deep relationship during their time in X-Men.

Wolverine vs Colossus: Who Would Win

Now that we know that both Colossus, and Wolverine were members of X-Men, and aren’t evil by nature, let us see how a fight will unfold between these two.

Wolverine can self-heal. He has regenerative abilities that heal any wounds on his body in mere seconds. So one point for Wolverine.

In one instance in Marvel Comic, a fight broke out between the Colossus and Wolverine. Wolverine took the lead by keeping Colossus on his toes. He even went ahead and tore out Colossus’s heart.

But it only aggravated Colossus, and he went on a rampage. First, he blew a fierce punch at Wolverine, which almost knocked him out. At that moment, Wolverine was shocked to see Colossus standing still even though he just tore out his heart. Before Wolverine could process what was going on, Colossus lifts him in the air, with one grabbing his head, and the other grabbing his left leg.

With a strong pull, Colossus tore off Wolverine’s leg. In the end, we see Wolverine lying on the floor in pain, blood gushing out his tore off the torso, and Colossus standing right behind him, thinking about ding more damage. So one massive point to Colossus.

In the movie X-Men: The Last Stand, we see Colossus quickly activating his steel body skin when he sees debris flying right at him from a nearby explosion. The debris ricochets off him, unable to do any damage to Colossus, and hit Wolverine in the face. The impact quickly tore Wolverine’s skin off. Even though Wolverine’s healing factor instantly healed his skin, this is a great example of how efficient Colossus is in a battle. One more point for Colossus.

Colossus is calculative. He won’t take damage unless he has a way to prevent it. But Wolverine is a bit reckless. Instead of ducking, he lets the debris fly right at his face. So another point to Colossus for being a true strategist.

Also in that same movie, we see Colossus effortlessly lifting Wolverine and throwing him off. They weren’t fighting themselves. It was Wolverine’s idea to hit his enemies like a rocket and pin his claws into their bodies. Which makes us think, what if Colossus wanted to throw him off to do serious damage. He has the strength to lift Wolverine, despite his skeleton having a coating of Adamantium. So another point for the giant, Colossus.

So by far, the score stands Wolverine Vs Colossus 2/4.  You might argue Wolverine could easily kill Colossus using his claws, but given the foresight, and agility of Colossus, it is very less likely that Colossus would let Wolverine strike him when he is vulnerable.