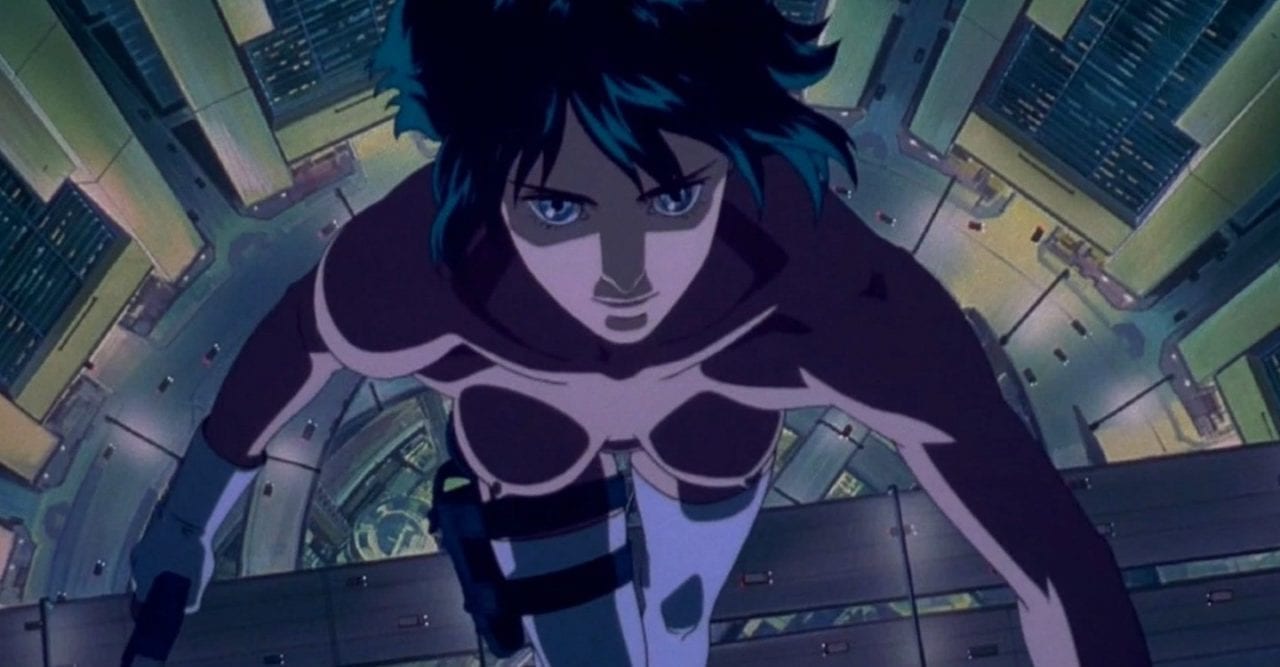 Not long ago, we’ve instructed you on how to watch the Bleach anime series with and without the filler episodes. Well, today, we’re going to give you the best watching order of the Ghost in the Shell animated franchise consisting of several anime series, movies and original video animations (OVA). Although Ghost in the Shell is not nearly as long as Bleach or Naruto, it might still be confusing for new fans, which is why we’re going to explain everything in full detail.

The Ghost in the Shell animated franchise consists of three feature anime movies, a full anime series and several original video animations (OVA). Due to the series and OVAs in some cases being mutual retellings, people often get confused about what to watch and in what order. This is why we are here, so keep reading to find out more!

Ghost in the Shell – in Japan known as Mobile Armored Riot Police (Japanese: 攻殻機動隊, Kōkaku Kidōtai) – is a cyberpunk franchise based on the manga series written and illustrated by Masamune Shirō.

The manga debuted in 1989 and soon became one of the most popular cyberpunk manga around the world, redefining and elevating the genre to new heights. It follows the fictional counter-cyberterrorist organization Public Security Section 9, led by protagonist Major Motoko Kusanagi, and is set in mid-21st century Japan.

In addition, an American-produced live-action film starring Scarlett Johansson was released in 2017 to mixed reviews. Alongside that, several video games based on the franchise have been released.

Now that you know the basics, let us give you an overview of the whole anime series and the best watching order.

An introduction to the series

Masamune Shirō started his Ghost in the Shell franchise in 1989 with the original manga, which had a total of three volumes. During the 1990s, the company Production I.G commenced its production of the anime adaptations of the manga, starting with the 1995 film Ghost in the Shell directed by Mamoru Oshii. The movie was a commercial success and was praised by critics for its visuals, story and characters , becoming a pivotal cyberpunk work. A sequel, Ghost in the Shell 2: Innocence, was released in 2004 and was also praised by critics, even competing for the Palme d’Or in Cannes.

The series also consists of a anime series, Ghost in the Shell: Stand Alone Complex, which was aired from 2002 to 2005. It has a total of 52 episodes and was later retold in the form of two original video animations (OVA). It was also accompanied by an anime film, which served as the series finale. The story was continued as an original network animation (ONA) in 2020.

This is the general overview of the anime franchise and its main elements. You can now see the best watching order for that same franchise.

Now, since the whole Ghost in the Shell chronology might be a bit confusing, we’ve decided to make a proper watching order for you, so you can enjoy the narrative as it should’ve been shown:

Ghost in the Shell

The original anime series (2002-2005) set in 2030, which ran for 52 episodes; alternatively, if you don’t want to watch the whole series, you can check out The Laughing Man, a feature-length OVA summary of the S.A.C. anime’s first season, which aired in 2005.

The second season of the S.A.C. anime, set in 2032; alternatively, you can watch Individual Eleven, a feature-length OVA from 2006, which retells the events of S.A.C. 2nd GIG, but altered to focus on both the notorious Individual Eleven investigation and the relationship between Hideo Kuze and Motoko Kusanagi, which wasn’t that important in the anime.

Ghost in the Shell 2: Innocence

Ghost in the Shell: Arise

Ghost in the Shell: The New Movie

Released in 2015, is a movie set directly after the Ghost in the Shell: Arise OVA series, and is a narrative continuation of the plot of the Pyrophoric Cult episode. The original movie’s plot follows directly after this movie, so it’s set in between the OVA series and the first movie.

The latest installment in the franchise, actually an original network animation (ONA) 3D series airing since April 2020. It is set in 2045 and continues the story years after Solid State Society and its plot. As of September 2020, the series is still ongoing.

Extra Notes about Ghost in the Shell watching order

Now, we have to give a few extra notes for you to completely understand this watching order.

First of all, we’ve listed the Arise OVA and its tie-ins as something you should watch later, despite it being a prequel series.

Why? Well, simply because it’s a prequel that requires beforehand knowledge on the world of Ghost in the Shell, so it’s not actually an origin story, just a prequel which you would not understand if you did not watch everything else. This is why you should check it out later, rather than sooner.

As for the relation between S.A.C. 2nd GIG and Innocence, since they’re both set in 2032, we can only state that the first movie and Innocence follow a different narrative line than the anime, although they are part of the same universe.

This is why it might seem strange at first – since they’re set in the same year but don’t seem to have any connection between them – but once you know this fact, that they’re not within the same narrative framework, you’re good to go. These are the most important remarks that relate to our suggested watching order of the Ghost in the Shell animated franchise.

And there you have it. This is your ultimate guide to watching Ghost in the Shell, both the movies and other tie-in anime (series, OVA). We recommend watching the series in the suggested watching order, because it’s the actual in-story chronological order that will give you an optimal perception of the complete narrative.