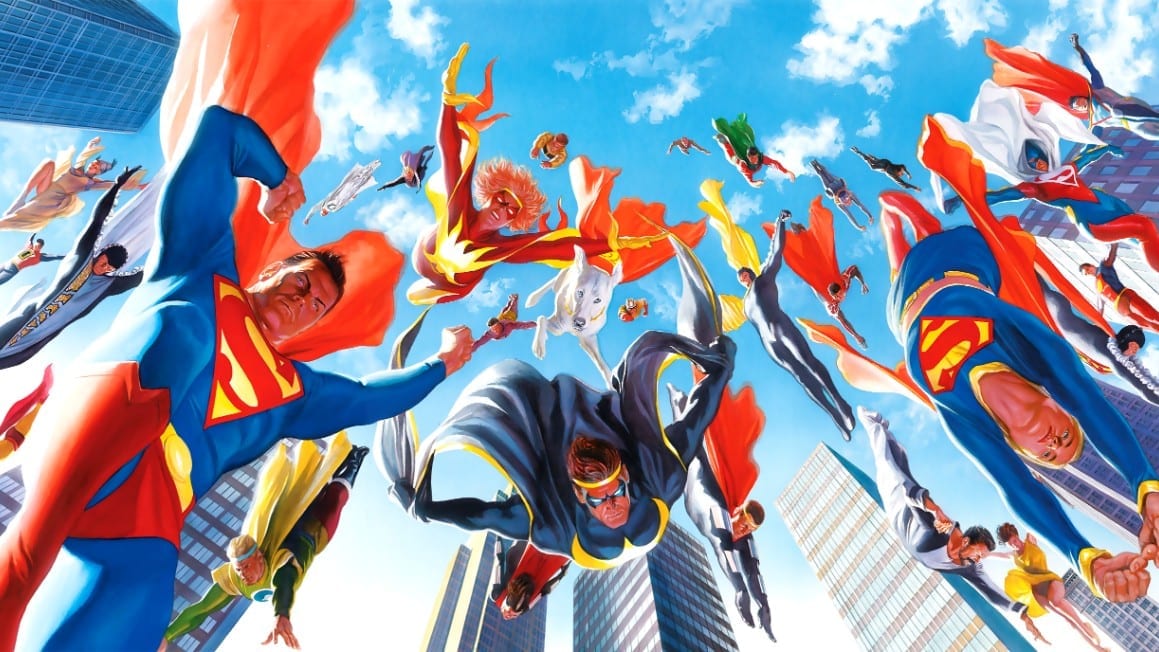 As depicted in the comics, and movies, Superman is one of the most powerful superheroes ever. But does he only possess these powers when he is on Earth? And most importantly, are all Kryptonians as powerful as Superman?

Superman is the strongest  Kryptonian, but other Kryptonians are strong as well, and not all of them have the same superpowers.

Are All Kryptonians as Strong as Superman

All Kryptonians have some superpowers. Think for a second about Earth, and how different we are from each other. Some of us might have many increased athletic abilities, some of us might be good at math, and some are good at painting.

Just like that, the inhabitants of Krypton, are also different from each other, but they do have some common traits. For instance, all Kryptonians live for approximately 150-200 years.

But because Superman was exposed to our Sun longer than any other Kryptonian, he grew up to possess more powers than other superheroes of his kind. Even Zod would find it difficult to defeat Superman. This was hinted at in the 2013 movie Man of Steel.

There is another factor that makes Superman the strongest Kryptonian, and that is he is the first naturally born Kryptonian in centuries.

So, in a nutshell, all Kryptonians possess some form of superpower. Even Krypto, who is a dog and Superman’s companion from when he was only a toddler, possesses some superpowers. But no other Kryptonian is more powerful than Superman.

Are Kryptonians the Strongest Race

The physical strengths and mental agility of a race vary on a lot of factors. The fastest human on Earth, Usain Bolt, was recorded to reach a staggering 27.8mph speed. To us, this is a striking achievement. But for a different extraterrestrial race, this might not count as a decent running speed.

In the whole of the DC universe, we have two particular races that are close competitors for the top spot – Kryptonians, and the New Gods.

The News Gods are deities and possess unimaginable brute strength. Darkseid is the leader of the New Gods. He has godlike powers and is immortal. All his disciples, including his sons, Orion, and Kalibak inherited his superpowers.

Similar to kryptonite, a weakness for Kryptonians, the New Gods also have a weakness, and that is Radion. In the highly anticipated comic, Final Crisis

On other hand, we have the Kryptonians, the race Superman belongs to. In essence, Kryptonians lead a normal life on their home planet. But when exposed to our Sun, and thanks to the lighter gravity, they gain superhuman powers.

The Kryptonians are the strongest race because of how efficiently they can exploit solar energy. Thanks to the Photonucleic Effect, their body cells rejuvenate, their physical strength, and other bodily senses amplify, making them the most powerful race in the entire DC universe.

Are Kryptonians Only Strong On Earth?

Not really. Their superhuman physical strength, flight, enhanced hearing ability, and supervision are only some of the traits they developed after being exposed to or yellow Sun.

But, compared to humans, the Kryptonians were a much-developed civilization. They had already developed technology that humans would spend the next thousand years testing. Compared to Earth, Krypton had a much hostile environment and was home to various harsh creatures.

The environment and the biological diversity made the Kryptonians skilled survivors, more skilled than humans.

Who Is the Strongest Kryptonian?

General Zod is believed to be Superman’s ultimate nemesis. He was accused of usurping the control of Krypton. As a result, he was captured and sent to prison at the Phantom Zone. Thanks to his military training, he was tactful and had a strategic approach to every fight. General Zod is at the 5th place, as he wasn’t exposed to our yellow sun.

Supergirl’s real name is Kara Zor-El. She is the cousin of Superman. Similar to her cousin, she was also sent to planet Earth to escape the destruction of her home planet. However, she was not raised by human parents. She had a very rough upbringing, leading her to develop multiple alter egos. She is listed above General Zod, and right before SuperBoy-Prime because she spent her entire childhood on planet Earth. However, as she reached Earth way after than superman did, and the fact that she did not receive a human upbringing, places her on the 4th spot.

SuperBoy-Prime is an inhabitant of an alternate reality. He is Clark Kent but from a different world. In his world, there are no superheroes. As a child, his dream was to become the greatest superhero there ever was. Instead of relying on our yellow sun, his powers were triggered after a comet flew over his head. We are placing SuperBoy-Prime third on the list, as even though he possesses similar powers as Superman, he lacks the sympathy, compassion, and foresight superman has.

Doomsday is from Kryptonian, but he was later genetically remodified. After Doomsday was created in a Krypton lab, he traveled to mane planets, destroying each of them, before making his way to Earth. Doomsday is undoubtedly the most powerful villain. He even defeated the entire Justice League, having one hand tied behind his back. We place him on the second spot because, even though he might be able to defeat anyone, he doesn’t have a plan. He is driven by a fierce urge for destruction.

All Kryptonians might possess similar superpowers, but there is one area where Superman has the upper hand – he is rational. Unlike other superheroes who feel invincible, Superman doesn’t let his superpowers get to his head.

Let us see how Ultraman, one of the strongest categories of superheroes, compares with Superman in this area.  Ultraman does not refer to one single superhero, rather it defines several superheroes, who are evil, and corrupted in nature, and who are the alternate-universe counterparts of Superman.

Superman fans first got to see Ultraman in the Justice League of America #29 edition, published in August of 1964. In it, we had Batman, Superman, Flash, Atom, Aquaman, among others. And for the antagonists, we had Owlman, Power Ring, and of course Ultraman.

Ultraman had similar superpowers as Superman did. But Ultraman believed in the complete disposal of his enemies. On the other hand, Superman has a rational approach to everting, even his arch enemies.

Superman puts the laws above all, and always upholds them. He would rather disable a threat, rather than destroy it, which, oftentimes, ushers in unpredictable destruction in its aftermath.

This open outlook makes Superman stronger, leaving space for skill development. It helps him have fortitude even when he is going against enemies much stronger than him.

Some might argue, fair-play might make him weak, but it makes him stronger. Superman becomes the most formidable when he is fighting for the right cause. He will go beyond his capacity to fight for what is right.

But how did he develop such a human outlook, given than Earth is not his home planet? Well, it was his upbringing. He might be a Kryptonian, but he was sent to Earth when he was just a kid. His parents feared his safety and sent him to Earth in a capsule.

Luckily he was discovered by a couple, who later raise him as their child. His human parents raised him with love, sympathy. They taught him the power of honesty, and how it can affect people. That’s why, along with possessing unimaginable superpowers, he has a courageous, and decent personality.