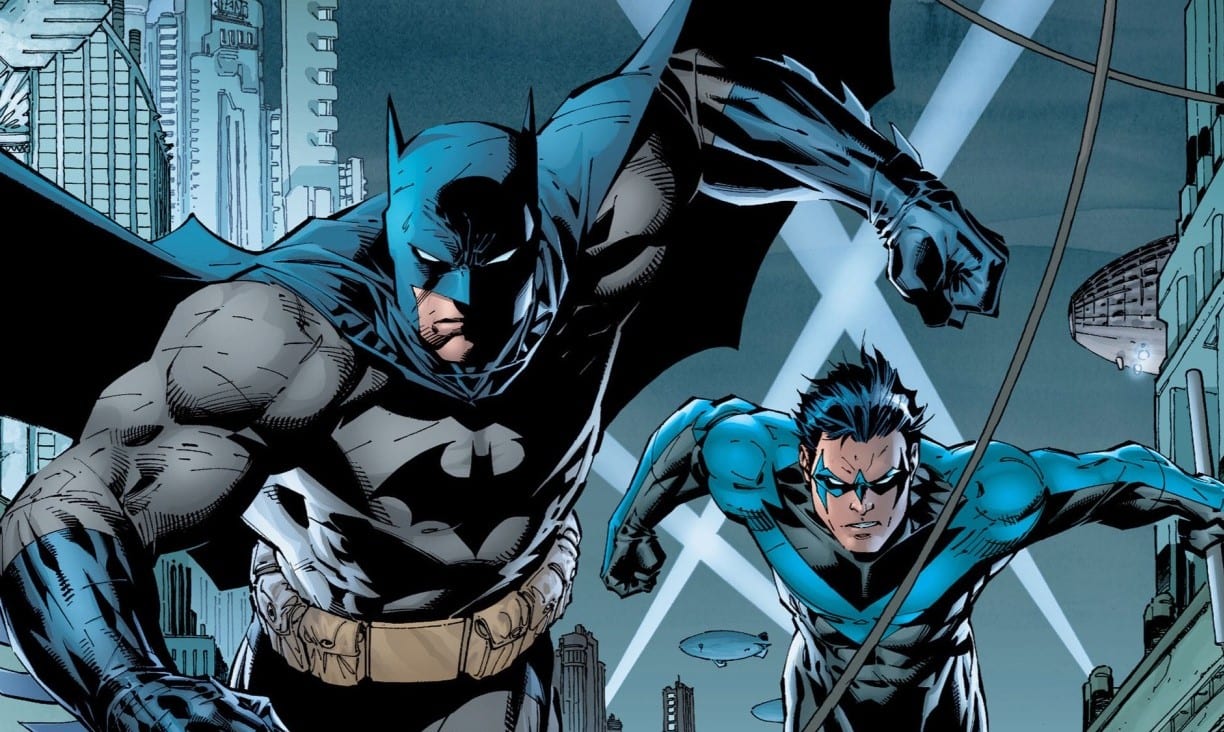 Today’s comparison is truly going to be a special one, since we’ve never had such a comparison before. Namely, we have compared both superheroes and supervillains from the same universe, but never have we done it with a mentor and his former pupil. Well, there’s a first time for everything, so if you want to know how Batman and his former pupil, Nightwing, would fare in a fight – keep reading!

Although Nightwing is certainly skilled on his own account, Batman still seems to be stronger, more skilled and more experienced than his former pupil, which means that he could defeat him in a fight.

Nightwing is the superhero alter ego of Richard “Dick” Grayson, a fictional superhero from the DC Comics fictional universe. The character of Dick Grayson was created Bob Kane, Bill Finger and Jerry Robinson and was introduced in Detective Comics #38 (1940) as the first Robin. The character of Nightwing debuted in Tales of the Teen Titans #44 (1984).

The story of Dick Grayson is intrinsically tied to Batman’s story, as he was the first sidekick of the Caped Crusader and the first Robin ever. He was introduced in a Deux ex machina manner, with the later comic books explaining how young Dick Grayson was the member of a famous circus troupe – the Flying Graysons. He was orphaned as a child when mobster Tony Zucco sabotaged his family’s act, killing all of them except Richard.

Bruce Wayne, who was present during the show, took Dick Grayson under his care and soon trained him to become his sidekick, the first Robin. Dick Grayson remains the Robin with the longest tenure as Batman’s sidekick and the two of them have has numerous adventures together.

Still, after the Crisis on Infinite Earths crossover event, Dick Grayson grew tired of being Batman’s sidekick and decided to become a superhero on his own account. He took the name Nightwing, as an hommage to his early adventure in the Kryptonian city of Kandor, where he met a local superhero of the same name. Wanting to separate himself from Batman as much as possible, he moved to the neighbourging city of Blüdhaven and became its protector, although he regularly visits Gotham and helps his former mentor. On a couple of occasions, he even took the mantle of Batman in Bruce Wayne’s absence.

He was also a member of the Teen Titans, Young Justice and the Justice League, as well as Batman’s family.

The character of Dick Grayson has appeared in multiple adaptations, both in his Robin persona (Burt Ward in the Batman TV series, Chris O’Donnell in the Schumacher movies, Loren Lester in Batman: The Animated Series) and his Nightwing persona (Loren Lester in The New Batman Adventures, Brenton Thwaites in Titans, different voice actors in the Batman: Arkham video games).

Batman vs. Nightwing: Who would win?

Unlike some other comparisons, this is a truly interesting one to analyse because Batman and Nightwing are not only closely related, they also have roughly the same abilities and skills. Before we give our final answer, let us see these skills and abilities.

As for Batman, he is a human with exceptional physical abilities; as far as a regular human’s powers and abilities go, Batman’s are certainly at their peak. He has some very enhanced attributes (strength, stamina, agility), he is extremely intelligent, but his enhancements are the result of diligent training, not any chemical enhancements or superpowers. He is heavily reliant on technology and is a great engineer, inventing and designing a lot of different weapons and gadgets he uses in fights. This pretty much covers Batman’s basic powers and skills.

As far as Nightwing’s skills are concerned, they are mostly the same as Batman’s and we might as well repeat everything we’ve said about the Dark Knight here. Nightwing is a very skilled fighter who has been trained by Batman himself. Despite that, he has managed to develop a distinct fighting style that is – in a way – different from that of his mentor. He is also very intelligent, but he is not near Batman’s level in this category; he isn’t even the smartest among the (former) Robin’s, with Tim Drake holding that title. A field where he probably does surpass even batman are his acrobatic skills, which is a result of his life as part of a circus act specialising in acrobatic performances.

So, could Nightwing defeat his former master in a fight? Possibly, but probably not. Let us analyse that answer.

In terms of general physical characteristics, Batman is superior to Nightwing. Sure, Nightwing is strong and is excellently trained, but Batman has reached a peak level of all of these characteristics and he is just stronger, has better endurance and is faster than Nightwing. Acrobatic skills are the only aspect where Nightwing outclasses Batman, but that one category is certainly not enough to defeat the Dark Knight.

As for their fighting skills, we think that Batman is far superior in this category as well. Namely, Batman has mastered more than a 100 different martial arts and has developed a characteristic fighting style that enabled him to face and defeat some of the best fighters in the DC Universe, including, but not limited to Bronze Tiger, Bane, Ra’s al-Ghul, and Deathstroke. Nightwing has also mastered quite a number of different martial arts and has his own fighting style, but a lot of that was taught to him by Batman himself. In that aspect, Batman knows Nightwing all too well and would be able to anticipate his moves and gain the upper hand in a fight.

In the category of intelligence and tactics, Batman is the clear winner. He is one of the smartest human comic book characters ever and despite Nightwing being far from stupid, he would just not be a proper match for the Dark Knight in this category.

Based on what we’ve told you so far, Batman seems to be the clear and obvious winner in this comparison, and he is. Despite Nightwing being able to pose a certain “threat” for Batman, we just don’t see him winning a decisive fight. He could use Batman’s weakness for him to his advantage – since Batman would certainly hold back (just as he often did when the two clashed in the comics, mostly over their egos) in a fight against his former ward – but that would certainly not be a long-term solution and if the fight really mattered, Batman would overcome that weakness.

So there you have it – in a fight of former associates, Batman would come out as the winner. He is not only superior to Nightwing in most categories, he also knows him too well for Nightwing to be able to surprise him enough to defeat him. Still, Batman would – as he usually did in the comics – probably hold back in a direct fight, unless it was really important, so that would give Nightwing at least a small window of opportunity.