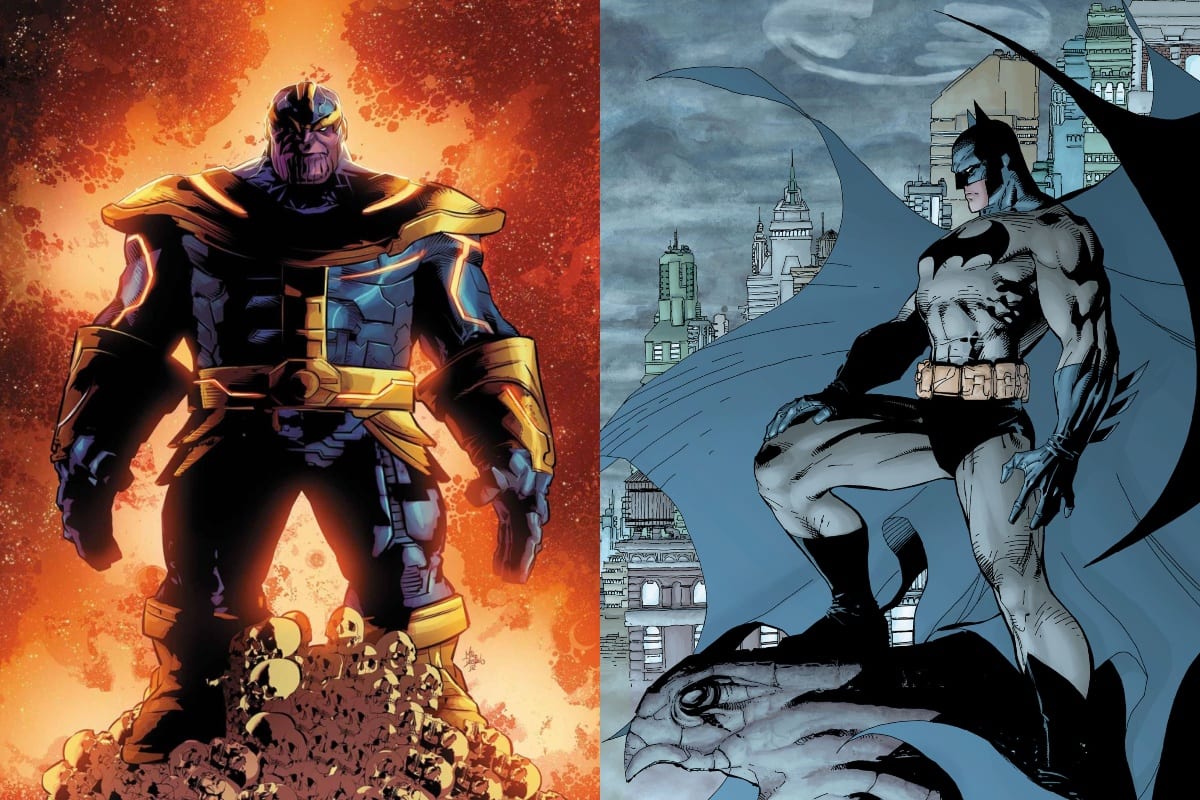 As you might expect, we are continuing our series of comparisons, this time with two characters from different universes – one superhero and one supervillain. Today’s topic of conversation are Batman, Gotham City’s Dark Knight, and Thanos, Marvel Comics’ Mad Titan. Who would win in a battle between these two? Well, keep reading to find out.

Despite his famous preparation, Batman wouldn’t really stand much chance against Thanos in a one-on-one battle, even if Thanos didn’t have any weapons on him. Thanos doesn’t have any known weakness like some characters, so there is hardly anything Batman – a regular human – could exploit.

Well, this situation is similar to the one where we compared Batman to Thor. Namely, Batman is just a regular human and in a one-on-one fight against Thanos, who has no weakness like some of Batman’s opponents (think Superman and Darkseid), he wouldn’t really stand much chance. But, in order to justify our answer, we’ll first have to analyse the powers these two characters have.

Batman is just a regular human, but with exceptional physical abilities; as far as a regular human’s powers and abilities go, Batman’s are certainly at their peak. He has some very enhanced attributes (strength, stamina, agility), he is extremely intelligent, but his enhancements are the result of diligent training, not any chemical enhancements or superpowers. He is heavily reliant on technology and is a great engineer, inventing and designing a lot of different weapons and gadgets he uses in fights. This pretty much covers Batman’s basic powers and skills.

Thanos, on the other hand, is extremely powerful. He is an Eternal and has proven himself more powerful than most characters in the Marvel Universe, even without external enhancements such as the Infinity Stones. He is immortal, has superhuman strength, speed and durability, he is practically invulnerable, can teleport and regenerate, he can manipulate matter, use telepathic abilities, manipulate energy and even fly; he also has superhuman intelligence.

This comparison seems to be quite easy, doesn’t it? Even without any enhancements, Thanos is so much more powerful that Batman doesn’t seem to able to find any way of properly fighting him. Thanos has no weakness that Batman could exploit and regardless of how much preparation Batman undertakes, he wouldn’t be able to defeat the Mad Titan.

Thanos’ superhuman abilities put him several levels above Batman. When it comes to speed, strength, agility and endurance, Thanos is so much better than the Dark Knight that Batman would probably be unable to deal any significant damage; perhaps if he wore one of his power-enhancing suits, but even that gives him just a slight possibility of dealing some – ultimately irrelevant – damage.

The only element in which Batman is on par with Thanos is intelligence, since Batman is one of the most intelligent comic book characters ever. How would this be of use in a fight? Well, Batman could certainly come up with a proper battle plan against Thanos and if he had enough time, he could come up with a plan to… well, not defeat, but perhaps stop the Mad Titan and foil his plans? It would still be tough, but maybe Batman could come up with something to not lose in a fight. Maybe.

And this actually concludes our story of Thanos and Batman. Due to the fact that he is just a human, Batman doesn’t really have any chance against Thanos, especially since the Mad Titan doesn’t have any known weakness Batman could exploit.