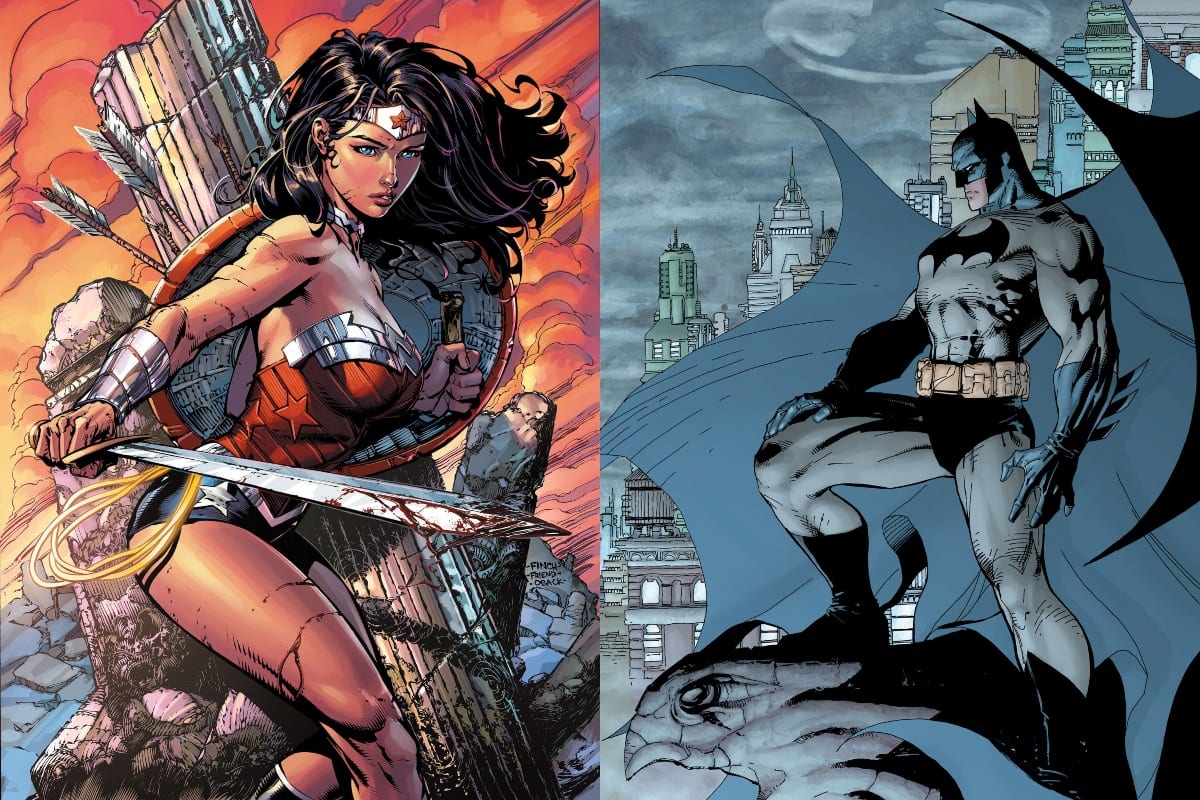 We’re back with yet another comparison of DC Comics’s superheroes, this time with Batman and Wonder Woman in the main roles. Both Batman and Wonder Woman are members of the Justice League and while they have clashed from time to time (most often in alternative universe storylines), they are generally on the same side. Still, it’s interesting to see how they’d fare against each other and that is why we have decided to write this article for you. Enjoy!

Wonder Woman is physically stronger and has superpowers that could easily beat anything Batman has to offer. But, Wonder Woman has a weakness and Batman has a contingency plan for each member of the Justice League, so – although Wonder Woman is stronger, Batman could ultimately defeat her.

Who is Wonder Woman?

Wonder Woman is a fictional superheroine appearing as one of the major characters in the DC Comics fictional universe. She debuted in Sensation Comics #1 in 1942 and was created by psychologist William Moulton Marston and illustrator H.G. Peter, who is usually not credited as her creator. Her real name is Diana, which accounts for her civilian name – Diana Prince.

Wonder Woman was born in the fictional island nation of Themyscira as Princess Diana of Themyscira. Dina is an Amazon warrior and has been trained in the way of the Amazons ever since she was a child. Initially, her origin story included a clay statue made by the Amazon queen, Hippolyta, which was later granted life and several superpowers by the Greek gods (the so-called Old Gods). Newer origin stories retconned this and made Diana the daughter of Zeus and Queen Hippolyta.

Wonder Woman is known as one of DC Comics’ most powerful superheroes ever. She was trained by the Amazons and she also possesses some divine powers, along with specific magical artefacts like the Lasso of Truth. Wonder Woman was granted passage out of Themyscira and into “Man’s World” when she had to accompany U.S. pilot Steve Trevor back to his home. Steve Trevor would later become a crucial part of Wonder Woman’s story.

Deciding to stay in “Man’s World”, Wonder Woman took on the civilian name Diana Prince, while secretly working as a superheroine and a member of the Justice League. During the years, she has managed to “accumulate” a fairly large and colourful gallery of rogues, which includes names such as Ares, Cheetah, Doctor Poison, Circe, Doctor Psycho, and Giganta, along with more recent adversaries such as Veronica Cale and the First Born.

Today, Wonder Woman is one of the most important members of the Justice League but also a standalone heroine, a very important factor history-wise, especially given the fact that she was one of DC Comics’ major character in an area where female, characters weren’t. She has certainly helped shape modern DC Comics.

She has appeared in numerous derivative materials. including movies, TV shows and video games. She was voiced by a plethora of actresses before Patty Jenkins made her Wonder Woman, with Gal Gadot starring.

Have Batman and Wonder Woman ever fought?

You wouldn’t, perhaps, expect two heroes to be fighting between them, especially in the main continuity, but we have managed to find some stories where the two did fight.

DISCLAIMER: The following list might not be complete, as we haven’t been able to analyze every comic, but it includes a list of confirmed fights that we have managed to find.

Here are the comic books in which Batman and Wonder Woman have fought:

Here it is in table form:

As you can see, Batman and Wonder Woman haven’t fought that much, but Wonder Woman was successful in all their encounters, save for one, but had Hal Jordan and the Flash not intervened, Wonder Woman would probably have won even in that scenario.

Now, let us settle the debate.

Traditionally, before settling the debate, we tend to give you a short overview of the powers these characters have. Since it works, we’re not going to divulge from that plan here.

Batman is a regular human, but with exceptional physical abilities. Batman has some enhanced human attributes (strength, stamina, agility), he is extremely intelligent, but his enhancements are the result of diligent training, not any chemical enhancements or superpowers. He is heavily reliant on technology and is a great engineer, inventing and designing a lot of different utilities he uses in fights. This pretty much covers Batman’s basic powers and skills.

Wonder Woman, on the other hand, is a goddess. Well, technically she’s not, but she is a demigoddess and therefore has divine powers, something which Batman doesn’t have. She is a masterful athlete, acrobat, fighter and strategist, trained and experienced in many ancient and modern forms of armed and unarmed combat, including exclusive Amazonian martial arts.

She also has similar superhuman abilities as Superman, another member of the Justice League, although she doesn’t have his special powers (e.g. heat vision, laser breath, etc.). Her actual strength is incalculable, and she also has abilities like nigh-invulnerability, speed, flight, a strong healing factor and semi-immortality. All of this, on paper at least, makes her equally strong, if not stronger, than Superman. In addition to all of this, she also regularly uses different weapons and/or gadgets to aid her, like the Lasso of Truth, the Bracelets of Submission or her tiara.

She is also great in weapon-based fights, which is why she can often be seen with a sword and a shield.

When observing their powers and abilities on a general level, Batman doesn’t stand a chance. Wonder Women is a goddess with superhuman abilities and Batman doesn’t have powers even near that level. Despite all of his strength and stamina, Wonder Woman would beat him to a pulp, even without any of her weapons.

Batman might be able to prolong the fight using his gadgets and his intelligence – as he is more intelligent than her – but that about covers it. In due time, he would either succumb to fatigue or just run out of ideas, as he is not capable of tiring Wonder Woman so much that she succumbs to her own fatigue.

Yet, Batman has a trick up his sleeve, as he usually does!

We’ve talked a lot about Batman’s preparation and how he can defeat practically anyone with a weakness if he has enough time to prepare. And while that is true, when Wonder Woman is concerned – he doesn’t even need that time, as he is already prepared for a fight against the Amazon Princess.

Namely, Batman has come up with a contingency plan to defeat every member of the Justice League in case they become evil, himself included. Wonder Woman is on that list and Batman already has a plan on how to defeat Diana if necessary.

Using the power of nano bots mixed with VR, Batman would shoot the little robots into Diana’s brain, giving her the impression she is in engaged in combat even though she isn’t, making her brain suffer the stress and feeling that her body is really going through that pain. This creates the illusion of her fighting an undefeatable foe, which in turn would force Diana to continue fighting. This would completely drain her energy and she would fall into a comatose state. Batman would, thus, effectively be able to defeat her and we know that for sure, because this plan was put into action by Ra’s al-Ghul in one story, after he had stolen it from Batman.