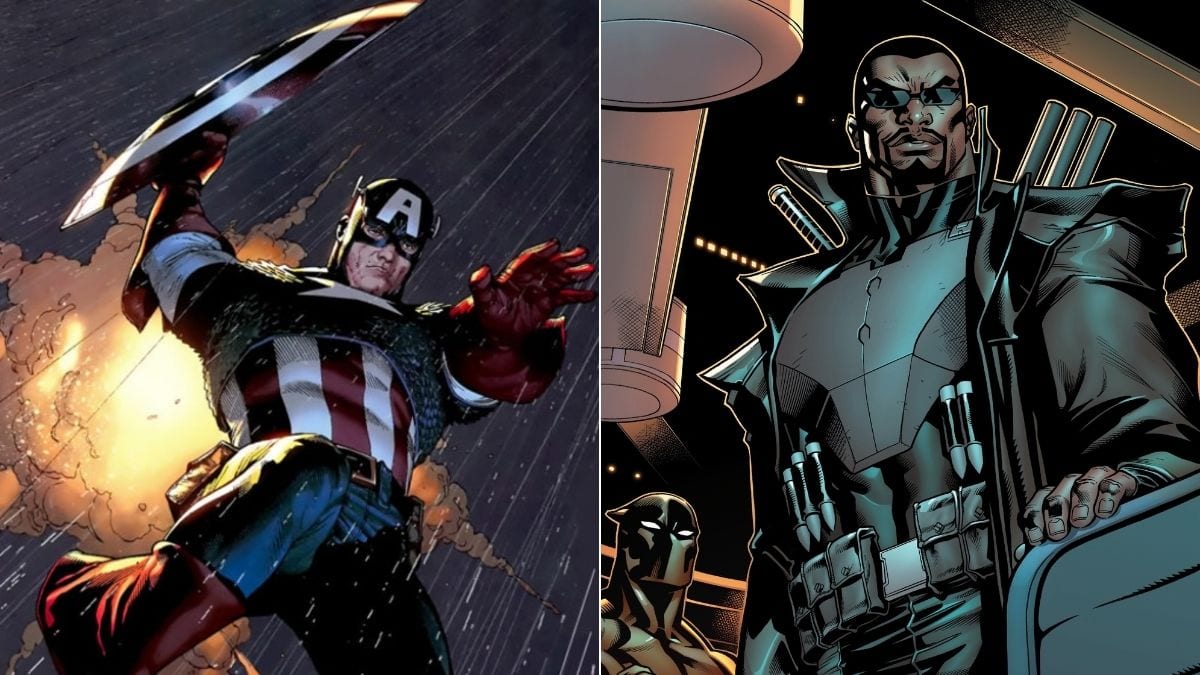 When you face an opponent that is virtually indestructible, stronger, and faster, skills don’t always matter. In a fight where the opponents have to go one on one with one another, endurance will come into play. The winner will be the fighter that can take the most punishment and also deal it out. Blade appears to have that over Captain America. But then Captain America does have skills and strength that could rival Blades. In a fight involving Blade versus Captain America, who would win?

Blade will win; his strength, speed, and endurance truly outshine Captain America, even though Captain America has skills that are close to those of Blade.

It will be a fight between two renowned heroes, Blade and Captain America. They are both skilled fighters, and they both have superhuman capabilities. So this would be a contest of fighting ability, strategies, and battle tactics. Both of them are incredibly fast and strong. This article will analyze the two opponents, their skills, weapon, strength, and perseverance. Continue reading below.

How strong is Blade?

Born a half-human and vampire hybrid, Blade has enzymes in his blood, which made him immune to normal vampire bites; he could sense the supernatural, and he is also resistant to aging. Blade has gained more of the traditional powers of the vampire without having any of their weaknesses. He cannot be affected by sunlight. He has superhuman strength, stamina, and senses, as well as an accelerated healing factor.

Blade has a wide range of weapons in his arsenal, his most known one and his most valuable one is his adamantium sword. He has other weapons such as a shotgun stake, and he infuses his bullets with garlic because not all vampires can be taken out with bullets alone, but because vampires’ weakness is garlic, Blade uses that to his advantage to take them down.

Blade is so strong that he’s able to rip a vampire’s head with just one hand and one time only. And vampires are known to have one of the strongest bone structures. Amazing! Blade has been able to go up against a vampire Spiderman, which is stronger than a Spiderman in his normal state and defeated him with ease.

He has class 1ton strength; he is endowed with superhuman reflexes, agility, good stamina, and resistance to injuries. Furthermore, he has healing powers sufficient enough to recover from a broken bone.

His Healing Abilities work precisely like that of Wolves; it depends on the kind of hurts he gets. Superficial injuries, like a slice from a sword or a knife, heal fast. Deep hurts like bullets, heal with more time because the serum keeps his powers at 80%. If he were powered by blood, he would heal faster.

Blade is a master martial artist and a skilled swordsman. He has a bulletproof armor. He is so fast that he cut a vampire into six pieces with one slice in a comic. He has been fighting with vampires from his teen. He fought and won over Vermin and Punisher, and he can handle beast too.

Blade is smart, and with his great reflexes, he can easily catch a shield, thereby separating captain America from it. This development will put him in a fistfight with Captain America, and his speed, strength, and training will make the difference.

He had fought werewolves, demons, and god-like beings and survived them all. He is also trained to hit his opponent’s critical points like the head and heart. Blade is a great detective; he can easily pinpoint when Captain will throw his shield and smartly catch it.

How strong is Captain America?

Captain America has class 800 pounds strength, peak human reflexes, agility, resistance to injury, and fast reaction time. He always wears a chainmail vest and also has a shield. Captain has excellent experience as he had fought stronger foes in terms of danger level and power.

Captain America is considered one of the best fighters ever. He is smarter, a better fighter, and has his shield, a classic weapon he also handles well and has used to defeat dangerous enemies.

He is smart, has force field and the flying ability to his advantage. He is already a fighter and a legend before the birth of Blade. Captain America led the world’s strongest heroes, The Avengers. He is famous for his tactical skills and can be referred to as the Reed Richards of the battlefield.

Captain America is human; he’s the peak of human physical form, but still a human. He has great stamina, but when he is injured, he doesn’t recover or heal fast.

In Captain America 402 version1, he benched 1100 pounds without breaking a sweat and then matching the Black Widow in gymnastics. He once sent Wolverine flying through a car with a single punch, with the doors closed, and with one single punch, Wolverine flew out of the car, bending to the other side.

The super-soldier serum captain possesses an inner strength, speed, ability, and reflexes. Although the captain is highly skilled, he has been defeated by other heroes and other villains.  Wolverine has defeated him on many occasions. Captain America was able to disable Wolverine’s claws, but Wolverine still won in the end. Black Panther and Hawkeye have defeated him.

Captain’s shield can withstand impacts, and he also has a will of iron, battle tactics, and weakness exploitation, but in all the other departments ‘she’s outclassed by an extensive margin.

He has incredible ability to fight at close distance with his opponent, and his might and speed help him. His experience in close-combat could give him an edge in the fight.

Who Would Win Blade or Captain America?

Blade will win! He is faster, stronger and he is a master martial artist. He needs fewer hits to put down Captain than the hits that Captain needs to put him down.

If you possess slightly more fighting skills than someone 6 or 7 times faster than yourself, the skills become useless.

Blade also has a hypnotism power where he can tell you to do his bidding.

Blade has something that is known as The Flash movement, which means he can move so fast that it looks like he’s teleporting, and this is just too much for CAP!

Captain America and Blade both have a great experience; they fought against strong foes in power and danger levels. But in terms of physical skills, Blade is above the Captain, and the shield, Blade can dodge it without problems, he can catch and throw it away, leaving Captain America to fight with bare hands. In hand-to-hand combat, they are highly skilled, but the strength difference grants Blade an advantage, and his reflexes are also sufficiently above that of Captain.

Blade has killed more enemies in combat than Captain ever did. Plain and simple, Blade has a killer instinct, and he is used to fighting multiple strong and fast enemies in their own right. Blade has a great battle experience. He fought against vampires and monsters since he was around 20 years old, or before, and anyway, just because Captain has defeat stronger foes doesn’t mean he cannot get beaten by Blade. Protocide defeated him, USAgent defeated him when he was Super Patriot, why can’t Blade too?