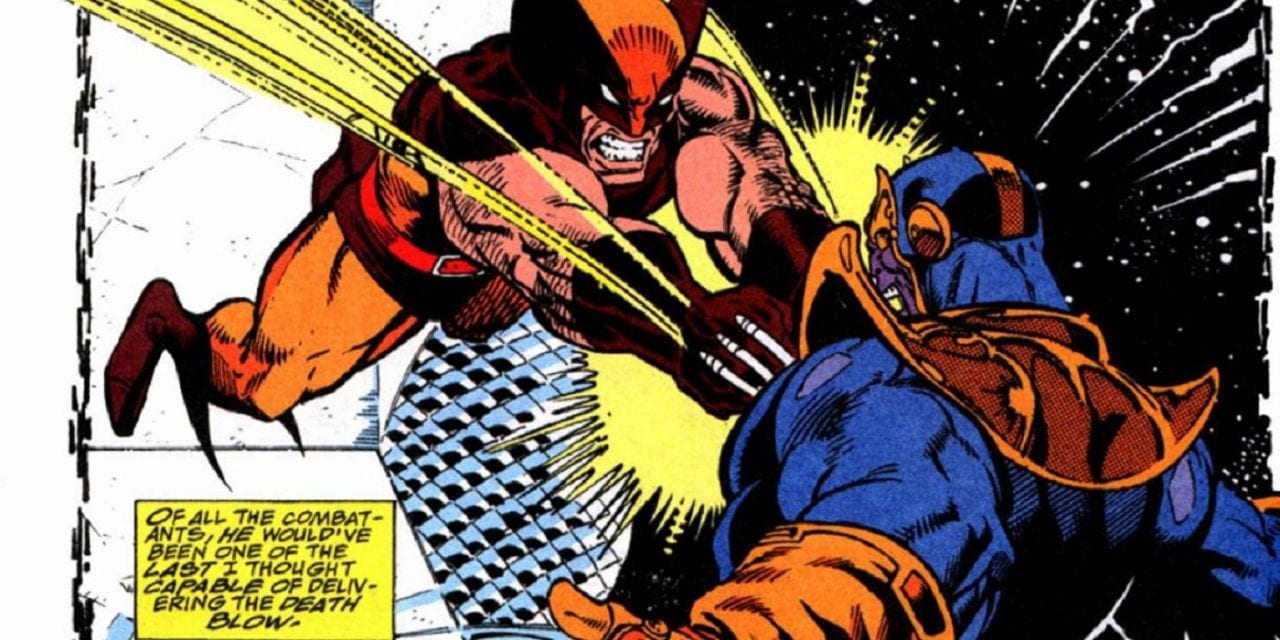 In today’s comparison, we’re staying within the boundaries of the Marvel Universe. Similarly to what we did with Thanos and the Eternals, we are going to pit the Mad Titan against another superheroic group – the X-Men. Is Thanos stronger than the individual X-Men? Certainly, but how would he fare against the whole group? Well, keep reading to find out!

The X-Men could be able to defeat Thanos as a group (especially if Magneto were to join them), but only if Thanos had access to his regular powers and nothing else. Individually, only Professor X and Phoenix would stand some chance, but we’re unsure whether even they could defeat the Mad Titan without help.

and has since become one of the best-known villains in the Marvel universe, but also comic books in general.

Who are the X-Men?

The X-Men are a superhero group consisting of a variety of different mutants that are on the side of good and want to protect the Earth and all its inhabitants, both humans and mutants. The X-Men are one of Marvel’s most famous superhero groups and they have had numerous adventures throughout the years.

Despite the majority of X-Men being mutants, there are also other types of characters in the group. They are led by Charles Xavier, also known as Professor X, a powerful mutant telepath who can control and read minds. Professor X is also the founder of Xavier’s School for Gifted Youngsters, located at the famous X-Mansion, which recruits mutants from around the world to teach them how to use their powers and coexist with humanity.

The X-Mansion is the home and training site of the X-Men. Although they have fought numerous numerous opponents, their biggest rival is certainly Magneto, a powerful Omega-level mutant and a former friend of Professor X. Magneto is the leader of the Brotherhood of Mutants, a group with opposing views and philosophies regarding the relationship between mutants and humans.

While the X-Men work towards peace and understanding between mutants and humans, the Brotherhood of Mutants views humans as a threat and believes in taking an aggressive approach against them, although Magneto was known to work with the X-Men on several occasions.

Have the X-Men fought Thanos in the comic books?

A proper clash between the X-Men and Thanos, the Mad Titan, never happened in the comic books. The group never faced Thanos by themselves, so everything we say in the following section of this article is speculation based on what we know about these characters from other stories.

Individual members of the X-Men have faced Thanos, though. In the classic Infinity Gauntlet

storyline, Wolverine and Cyclops fought against Thanos, but their battles were quite short. Wolverine tried to pierce through Thanos’ chest using his claws, but Thanos turned his whole adamantium-based skeleton into rubber using the Reality Stone, effectively disabling Wolverine completely.

As for Cyclops, he never even got a chance to attack, as Thanos used the same stone to trap Cyclops’ head into a block which not only deflected Cyclops’ attack, but also killed him due to suffocation caused by lack of oxygen inside the block.

Could the X-Men defeat Thanos in a fight?

The answer to this question depends on which of the two available approaches we take. Since we want to inform you as best as possible, we are going to analyse both of them for you, but first – their powers and abilities.

As far as Thanos is concerned, he is extremely powerful. He is an Eternal and has proven himself more powerful than most characters in the Marvel Universe, even without external enhancements such as the Infinity Stones. He is immortal, has superhuman strength, speed and durability, he is practically invulnerable, can teleport and regenerate, he can manipulate matter, use telepathic abilities, manipulate energy and even fly; he also has superhuman intelligence.

The X-Men are a diverse group and there is no way to sum up their powers in just one paragraph, mostly because each individual X-Men – and there are a lot of them – has their own individual power. They are all, generally speaking, very powerful mutants and some of them are considered to be the strongest comic book characters ever. The most powerful names are Professor X, Jean Grey (in her Phoenix form), Wolverine, Storm and Cyclops.

Now that we have seen what powers and abilities they posses, it is time to explain our twofold approach to the issue.

Namely, there are two ways we can approach this question. One, if we take the X-Men as a group and imagine every X-Man fighting Thanos simultaneously. The second approach is based in each individual X-Man fighting against Thanos in a one-on-one battle. Since the answers – at least we think so – differ, we’ll analyse each approach separately.

In the first case scenario, we can imagine the whole group facing Thanos. First of all, we have to say that it would be a fight of epic proportions, even bigger than the final battle from the Endgame movie. Thanos would have to deal with a series of different attacks at the same time, some of which are as powerful as Professor X’s or Jean Grey’s. In this case, we don’t see how Thanos, even with all of his powers (we’re not talking about those ridiculously overpowered, unbeatable non-canon versions of the character such as King Thanos) would be able to cope with such a quantity of opponents. The combined forces of the X-Men would certainly be enough to defeat the Mad Titan, even without additional help from the likes of Magneto, who would certainly fight Thanos if he threatened his home planet.

A big question is whether they could defeat Thanos with the Infinity Gauntlet, but we think that they could even then, especially if they had Magneto’s help.

As the comics have already demonstrated, individual X-Men would not be able to defeat Thanos. Wolverine and Cyclops are among the strongest X-Men and they weren’t able to even harm the Mad Titan. Sure, some of you might say that Thanos had the Infinity Gauntlet with him, but we think that he would’ve defeated both of them even without it; the Gauntlet just made it quicker. The only two X-Men that we think could individually face off against Thanos are Professor X himself and Jean Grey using her Phoenix (or Dark Phoenix) powers. These two are on such a high power level that they might be able to give Thanos a run for his money, if he were using just his core powers, without any enhancements. Would they win? That’s a completely different question and we’re not sure anyone could answer that, but we do know that Thanos would have to give it his best to defeat them and that is more than enough for us.

Ultimately, the approach dictates the answer. If we consider the X-Men as a single unit, they could defeat Thanos with relative ease due to the sheer quantity and diversity of their powers. Individually, on the other hand, only Professor X and Jean Grey’s (Dark) Phoenix power would stand a chance against the Mad Titan in a direct fight. We don’t know whether they would win, but not being used as a floor mop by Thanos is still a great achievement in this case.