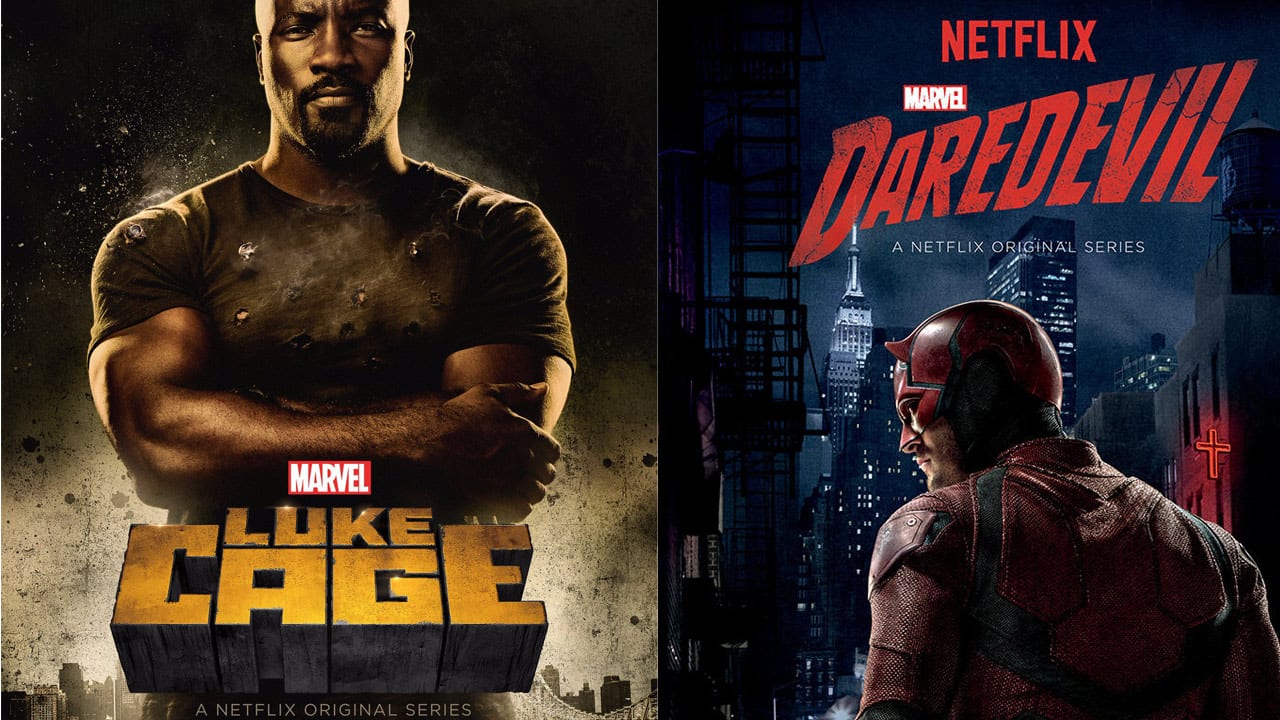 Luke Cage and Daredevil are two widely celebrated superhero figures from Marvel. Luke Cage is the first-ever African American superhero, who gets enhanced bodily abilities after an experiment. On the other hand, Daredevil lost his sight at a young age but develops martial arts skills, and radar senses.

What would happen if a fight broke out between these two superheroes with seemingly equal powers?

In a fight t between Luke Cage, and Daredevil, Luke Cage would defeat Daredevil. Although Daredevil is a fast and skilled fighter, he falls short in front of Luke’s super-strength, and impenetrable skin.

Were you expecting a different verdict? We don’t think Daredevil is no less of a superhero than Luke Cage is. But to understand how they compare against each other we first need to understand their background and skills.

So let us get started.

How powerful is Daredevil

Daredevil was created by Stan Lee, Bill Everett, and Jack Kirby. Comic fans first got to see him in the comic Daredevil #1 which came out back in April of 1964.

Daredevil has many tags to his name. Some call him the “Man Without Fear”, and some call him “Devil of Hell’s Kitchen”. No matter what name you call him by, the actual character behind Daredevil is Matt Murdock.

Matt is a citizen of the neighborhood “Hell’s Kitchen” in Ney Work city. Most of the people living in that neighborhood are of Irish-American descent, and from working-class backgrounds. Matt is a compassionate young man, who has a kind heart.

One day while walking down the streets of Hell’s Kitchen Matt sees a truck rushing by, unaware of the fact that a blind man is crossing the street right in front of it. Matt quickly runs towards the blind man and pushes him away from the road.

The truck driver takes a quick turn to avoid running over Matt. The truck loses control and slides down the path. The truck was carrying the radioactive substance, which fell on Matt. In the aftermath, Matt loses his vision.

But Matt soon realizes that despite losing his vision, he has gained superhuman senses and ability. He now possesses Radar senses. Matt lost his mother when he was a kid. He lived with his father Jack Murdock, who was a boxer by profession.

From an early age, Matt went through a rough upbringing, but his father always loved his son unconditionally. Soon after the accident, Jack is killed by street thugs, who were pushing him to start a fight.

Soon after this incident, Matt makes acquaintance with the Stick. He is mysterious, and also blind. Stick trains Matt to harness his physical abilities, and make the most of his natural radar vision. With time Matt becomes a skilled martial artist.

Despite the hardships, Matt attends college, and get a law degree with high grades. After his graduation, he decides to lead a dual life. He founded a law firm with his longtime friend Franklin named Nelson & Murdock.

On the other hand, he makes a costume for himself, which was inspired by a devil. He would fight the criminals and thugs of New York city at night. Eventually, he tracked down those who killed his father.

However, his vigilante efforts soon attract attention from many high-level criminal minds such as Kingpin, and Bullseye.

Over the years Daredevil has made several appearances on TV screens. He first appeared in the 1989 television drama The Trial of the Incredible Hulk. After almost two decades he again appeared on the silver screen. In 2003 Ben Afleck played the role of Daredevil in the movie with the same title.

However, the most prominent appearance of Daredevil was in the Marvel Television Series Daredevil (2015-2018). He also appeared in the Netflix series The Defenders.

How powerful is Luke Cage

Luke Cage is a Marvel superhero, who first appeared in the comic Luke Cage: Hero for Hire which published back in 1972. He was created by Archie Goodwin, Roy Thomas, George Tuska, and John Romita Sr.

Luke Cage is a popular comic figure because he is the first-ever African American superhero in the Marvel Universe. Luke grew up in a poor neighborhood in Harlem, New Work. He had a close friend Willis Stryker. Both of them were part of the local gang Rivals.

As kids, they used to engage in gang fights and were involved in petty crimes. But Luke soon realizes that his actions were causing trouble for the other members of his family. He quits the gang and gets himself a legitimate job.

However, his old friend Stryker remained a member of the gang Rivals. He started,d attracting too much attention from opposing gangs, and one day he gets badly beaten by the opposing gang. Luke intervenes and saves him. He takes Stryker home, where he meets his girlfriend Reva Connors.

Reva breakups with Stryker fearing that the gangs might come after her and her family too. After their breakup, she comes close to Luke, and they soon get into a relationship. After Stryker finds out about this, he sets Luke up.

Stryker plants drugs in Luke’s home and calls the police. Luke is arrested and sent to prison. No matter how hard he tried, he couldn’t convince the police that he wasn’t guilty, and all of it was a setup.

While in prison he consents to participate in an experiment that led to him developing impenetrable skin, and superhuman strength. Stryker stole drugs from the Maggia gang to plant at Luke’s home. When members of the Maggia gang find out about the stolen drugs, they killed Reva.

Luke Cage was featured in 49 solo comics. Unlike other Marvel superheroes, Luke Cage came from a more crime-ridden New York City. Luke Cage gained much popularity during the Blaxploitation era. During the early 1970s, the entire American population was going through a rethinking process for the racial relations between the Whites, and the Blacks.

Initially, the Blaxploitation movies were targeted towards the urban African American communities. However, Hollywood soon realized the potential in these movies and started promoting the movies beyond the stereotyped racial borders.

After the Blaxploitation era ended, Luke Cage was paired with Iron Fist, another popular Marvel superhero. Later on, they both shared the comic books that took the name “Power Man and Iron Fist”.

Luke Cage again got a reboot in 1992. That year Marvel sanctioned a completely new series titled the only Cage. The revived series revolved around Chicago. On its first issue, we saw Luke destroying his original costume. Luke Cage became a regular character in the Thunderbolts series from 2010 (issue #144).

Daredevil vs Luke Cage: Who Would Win

The most obvious advantage Luke Cage has over Daredevil is his vision. Luke Cage can see the world around him, and make better, and quicker decisions while in combat.

However, Daredevil has a special skill that Luke Cage doesn’t. Daredevil can sense the position of his enemies no matter his orientation. So, not only is Daredevil aware of the physical location of his opponent, he can sense their movements too. So one point for Daredevil.

Daredevil has mastered the art of martial arts. Since he was a kid, he was trained by the Stick. He is fast, cunning, and smart. So another point for Daredevil.

On the other hand, Luke Cage has super strength. He could lock Daredevil’s head around his arms, and that would be the end of Daredevil. Luke’s bones and muscle is 2.5 times stronger than the normal level. So one point for Luke Cage.

Also Luke has a quick healing time. His body takes less time to recover from a fight. Also later on in his career, he also received training from Iron fist himself. Another point for Luke Cage.

Let us look at another power Daredevil has. Instead of beating his enemies using sheer bodily strength, Daredevil uses pressure points. Moreover, he has a better balance in fight, reflexes, endurance, and awareness of his surrounding, which Luke Cage lacks. So another point for the Daredevil.

But Luke Cage has a special power that he got after he went through that experiment in prison- his skin. His skin is impenetrable. So no matter how hard Daredevil punches Luke, he wouldn’t be able to do much damage. Moreover, Daredevil’s power to tap into pressure points will not be effective on Luke Cage as barely anything passes through his skin. So another point for Luke Cage.

Luke Cage isn’t only adept at fending off punches; his body can withstand penetration wounds, explosions, corrosion, and extreme pressure. So another point for Luke.

Luke Cage has a greater alliance with powerful superheroes from the Marvel comic universe. He is friends with Doctor Strange, Misty Knight, Hellcat, Ben Grimm, and so on. This gives Luke Cage an advantage.

So by far, here is the score, Daredevil vs Luke Cage 3/5. Although Daredevil is a skilled martial artist, he will fail to defeat Luke Cage.