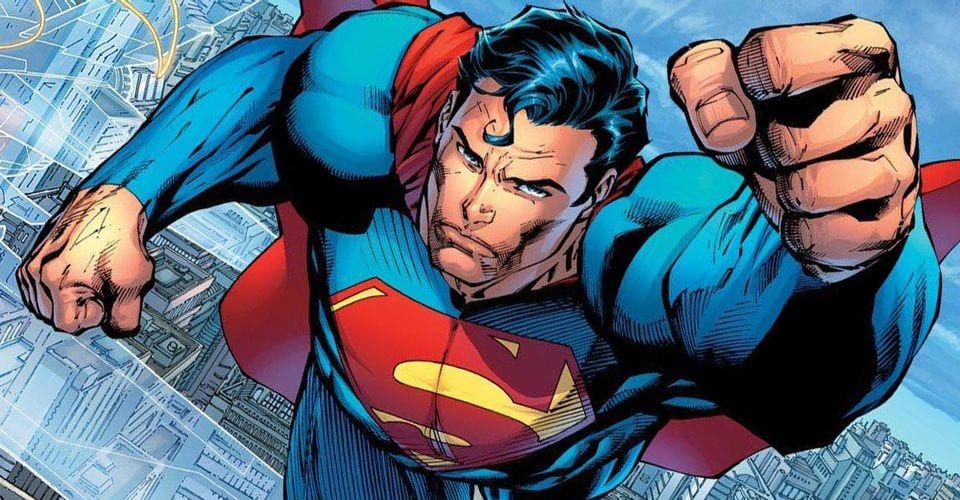 Superman can fly at infinite speeds. We have seen him travel at ultra-high speeds, traveling from galaxies to galaxies in mere seconds. He is faster than any man-made aircraft. But how does Superman fly? Let’s find out in this article.

How Does Superman Fly?

The most convincing theory of how Superman fly states that he has a bioelectric-aura around his body. This theory also explains why Superman can hold a human, or an object while he is flying without breaking that object or killing that person.

It is well established that electromagnetism is the strongest of all four elemental forces. Furthermore, it is also very versatile in terms of its shape. This electromagnetic aura sits inside Superman’s body. Some part of is completely inside him, and some part of it sticks out.

As we have already said that electromagnetism is the strongest and most recognizable force out there, Superman could effortlessly sense that aura around his body, and leverage it for taking flights.

It is also theorized that Superman could exploit this electromagnetic aura like an extension to his body. Just like humans exploit their legs to run faster, use their lungs to stay underwater, Superman could use his bioelectric-aura to fly.

How Does Superman Fly in Space?

Many sci-fi movies depict space travel by bending the space-time. Even though it is a valid proposition, Superman can’t do that. And here is why.

In Star Trek, we have seen spaceships travel to a distant star, millions of light-years away in seconds. They are warping the space. They disappear from point A and reappear in point B within seconds.

We don’t see them accelerating, or calculating intricate mathematical problems to find the shortest route. They just disappear and reappear. But when we think about how Superman flies, he makes a lot of quick turns, he accelerates, he comes to a standstill before blasting off again. Superman can also hover over space, making no movements. The laws of space warping will not allow any of these.

There is another reason that proves Superman is using some other form of flight other than space warp, and that is taking people with him on his flights. Even if Superman could withstand the adverse effects of warp traveling, thanks to his invulnerability, the person traveling with him would not. They would die immediately.

However, there are certain conditions that his bioelectric aura must comply with to make FTL flight possible. First and foremost, it needs to be strong, and complex enough to negate the effect of gravity on superman.

His bioelectric aura can also cancel out his mass, as well as any other gravitation pull on him. As a result, while on an FTL flight, Superman would be completely massless. He would weigh nothing.

We know why it is theorized to be impossible to be traveling at the speed of light- because it would increase a person’s mass thousand-fold. But thanks to his bioelectric aura, as Superman reaches the speed of light, he could easily avoid gaining weight. He would not be subject to the mass that would stop him from breaking through the speed of light barrier.

How Does Superman Control His Flight?

The ability to control his flight, superman must be subconsciously as fast as his speed. He should be able to make sense of his surroundings and make quick decisions mid-flight. Otherwise, he would enter into a zombie state as soon as he blasted off into space, his brain would stop working. And go back to normal when his velocity reached zero.

His bioelectric aura helps him with FTL flight. But to adjust his physical, and mental attributes to complement his faster-than-light speed, he needs a lot of energy.

Thanks to Kryptonian DNA, Superman can physiologically entangle with a nearby star, and suck in an immense quantity of energy. This influx of energy activates his body, and mind in a way that stays inactive under regular circumstances.

As the energy triggers his mind too, he is capable of controlling his body using his brain. This sense is referred to as Psionic Energy. It allows Superman to manipulate his body as he wishes.

Along with tapping into his most basic cognitive skills, he is also able to tap into some psychic abilities. He can hear signals light-years away from him, without having to wait for them to travel to him. He can reach the level of telekinesis with his mind. It is a state when he can control matter, even energy with his mind alone, without having to exert any external force.

Using this special skill, in theory, Superman doesn’t even need to move. He can move objects while he stands still all the while.

There is another aspect of flying that Superman needs to be aware of. Any object moving that fast, as Superman does, will have a significant influence on the surrounding atoms. The nearby particles can get ignited, resulting in devastation.

But this is true if he travels inside the Earth’s atmosphere. In space, he doesn’t have to worry much about igniting the atmosphere.

But Superman can fly at high speeds inside Earth’s atmosphere too. There are thousands of military aircraft that travel at the speed of sound. As a result, they cause a sonic boom in their path, which triggers, and spreads shockwaves around him.

Also, if he does fly at his usual speed, he could trigger a devastating tornado, leveling cities in its path. Just imagine if that somehow triggers ocean waves too. All major coastal regions around the world would be destroyed in a matter of seconds.

Flying at his maximum speed is equivalent to flying an antimatter bomb. But as long as Superman is flying at a high altitude, he is not likely to destroy surrounding buildings.

link to Superman vs Captain Atom: Who Would Win?