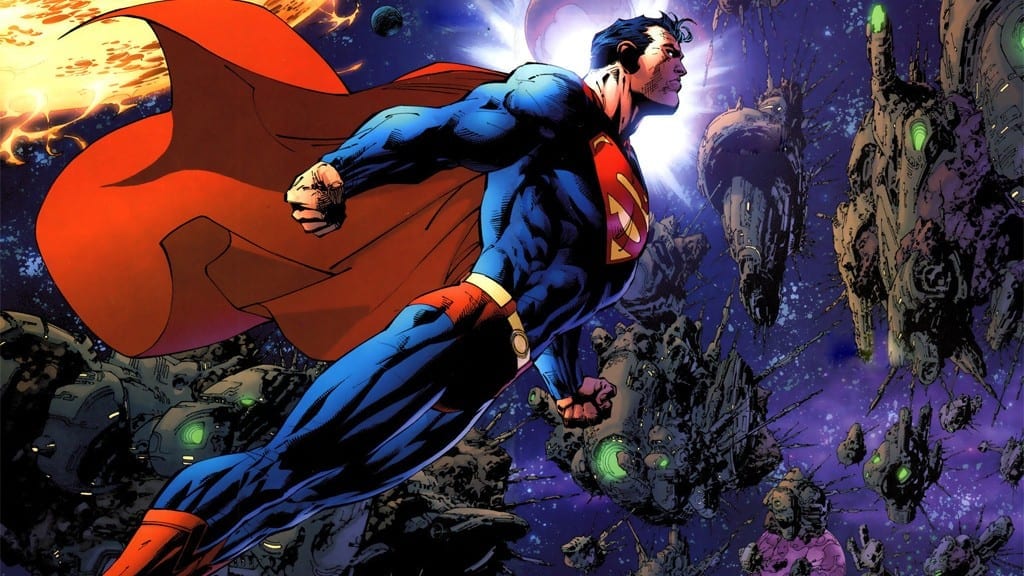 Superman is a one-man army. He can go against the strongest military force on Earth, and the highly advanced extra-terrestrial army, all by himself. But apart from his cosmic strength, how fast is Superman?

Superman can travel 186,000 miles per second, and if needed he can travel at a speed thousand times higher than that. Superman’s reaction time is less than 1 attosecond, which is 1×10−18 of a second.

As you can see, Superman is an extremely fast superhero, but how fast can he fly the world, is he faster then the Flash and Sonic, as well as can he use Speed Force, check out in our article.

How Fast is Superman?

In theory, there is no limit to how fast Superman can travel. He can go beyond the limit of what the universal laws of physics permit, and reach infinite speed. But to put it in words, he can go over 186,000 miles per second. If necessary, he can travel at a speed thousand times higher than that. Moreover, Superman’s reaction time is less than 1 attosecond, which is 1×10−18 of a second.

To better understand Superman’s speed, let us see how he compares against planes and rockets.

For a rocket to successfully reach the orbit around the Earth, it needs to have a minimum speed of 17,600 miles per hour.

And if the rocket wants to escape Earth’s gravity it needs to travel at 25,000 miles per hour. That’s equal to running across 440,000 football fields, which has a length of 0.57 miles, per hour. That’s insane.

Cheetah, the fastest animals on earth, has only a speed of 74.56-67.73 kilometers per hour. So we can save time, by avoiding the debate whether or not any animal from planet Earth can outpace Superman.

With The New 52, which was a relaunch of all ongoing DC comics back in 2011, we got to see Superman travel faster than the speed of light.  This relaunch came at the end of the Flashpoint crossover storyline.

In that new storyline, based on a post-crisis universe, we saw Superman fly from Vega to planet Earth within 10-15 minutes.

Given that the distance between these two planets was over 25 light-years, it leaves us with a rough estimation of Superman’s speed – which is 52 Million times faster than the speed of light.

Along with flying at almost infinite speed, there is one more important superpower Superman has, and that is to travel at the absence of solar energy. There is a popular belief that Superman uses solar power to recharge himself, which is true.

But if anyone forms the argument that Superman can’t function without solar energy, it’s not a valid statement. We have seen Superman travel through the emptiest of cosmic spaces, where it was completely dark and cold.

Which only proves one thing. Superman is capable of storing enough solar power for later use. He can go without sunlight for years, and yet his superpowers will not dwindle.

In the 2017 DC movie, Justice League, we have seen how even time stands still for Superman. After Superman is brought back to life, he bursts into the sky as soon as he resurrects. He flies to the city center in front of a tombstone.

At this point, the other members of the Justice League were finding it hard to calm him down. And given that, Cyborg’s defense mechanism fired at Superman, as it identified him as a potential threat, makes things only worse.

So Flash decided to use his superpowers, which is his speed, to control the situation. But as he approaches Superman, he realizes that Superman is maintaining eye contact with him. As if time was standing still for him.

To others, Flash was invisible, thanks to his speed. But Superman knew where he was, what speed he was traveling at, and where he was headed.

But what makes him so fat. Simple. Superman can increase his powers by recharging him using solar powers. A simple yellow star can help him reach unlimited speeds. We can only imagine how fast he can travel through the universe if he uses solar power from a Blue, White, or a Quasar.

How Long Does It Take for Superman to Fly Around the World?

Less than a second. No matter the weather, Superman can circle the entire Earth in a blink of an eye. In fact, in the 1978 movie titled Superman, starring Marlon Brando, we see Superman travels back in time using his sheer speed.

How does it happen? Well, to travel back in time, Superman makes the Earth reverse its spin. We see him start flying in the opposite direction of Earth’s axial rotation. And as he increases his speed, he gains more mass. And as a result, he generates a state of massive inertia, which is transferred to Earth. At that high level of inertia, the Earth starts to mimic Superman’s spin and makes time travel possible.

Who is Faster the Flash or Superman?

In a nutshell, Flash is faster than Superman. But over the years, fans were left confused about who was the fastest.

In the Superman comic #199, which came out in 1967, we saw Superman, and the Flash compete against each other. They agreed to go around the world, at the request from the United Nations. However, after both of them learned that some bad people were betting against this race, and trying to make a profit, they mutually decided to cross the finish line at the same time.

But DC fans no longer have any confusion about who is faster. The Flash can outpace Superman. If you want to learn more about how fast Flash is, and how he beat Superman, we have another blog published on this topic. Do make sure to check it out.

Can Superman use the Speed Force?

Speed Force refers to a form of energy that is generated in a foreign dimension. It is not accessible by anyone living in a 3-dimensional world. However, Superman can easily tap into it as he has the right receptors for it.

Now has he used the Speed Force? Of course, he has. It is not so natural for him to use it as it is for Flash, but in Grant Morrison’s JLA #21

Is Sonic Faster than Superman?

Sonic is a popular character in modern pop-culture, and he is thought to be the fastest of them all. In the 2020 movie Sonic the Hedgehog, we have seen him travel to the pacific and back within 3 seconds.

The reason most of us think Sonic might be able to outrun Superman is that we have seen him escape the gravity of a Black Hole in Sonic Colors. To achieve such a feat Sonic must have a speed of 200,000,000 mph. Also, he possesses a special shoe – Light Speed Shoes, that help him even exceed the speed of light.

Now, let us see how fast Superman can travel. In the 2013 movie titled Man of Steel, we have seen Superman travel from the fortress of solitude to Mount Kilimanjaro fast. His speed was equivalent to Mach 3.

But when we pit them against each other, we see that Sonic is much faster than Superman. Sonic is also faster than Flash.