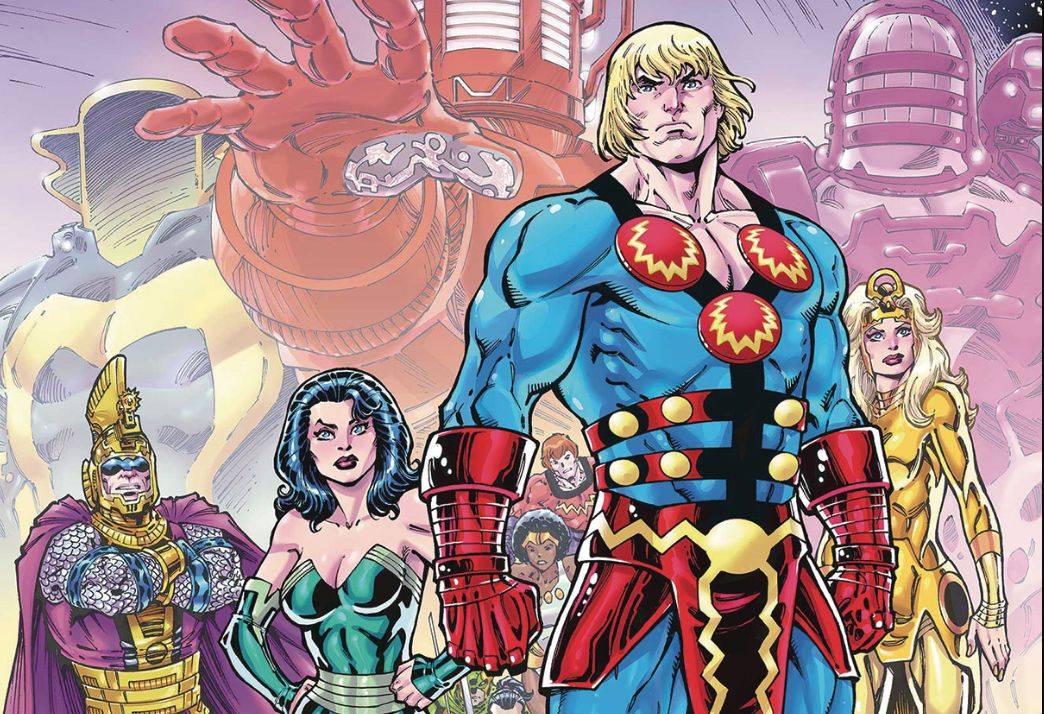 At the time of writing this article, Marvel Studios is still deciding on the exact date when their movie about the Eternals is going to hit theatres. While we wait, we are going to talk about this famous superhero group from Marvel Comics and are going to tell you just how powerful the Eternals actually are. So, keep reading to find out more details!

The Eternals are an extremely powerful race of cosmic humanoids. They are much stronger than regular humans, but are weaker than Thanos and the Celestials, among others. Their power could be compared to the power of the Deviants, their chaotic counterparts.

The Eternals also fought among themselves, with the two major conflicts being the internal war led by Kronos and the conflict against Thanos.

The first civil was actually fought over whether the Eternals should conquer other races, with Kronos’ pacifistic fraction prevailing over Uranus’ side, which was in favor of war.

Uranus and his fraction then left and founded a separate colony. Later on, an experiment of Kronos’ backfired and destroyed the Eternals’ home, Titanos, but also created a new generation of Eternals by activating some of their latent genes.

Later on, Thanos of Titan, an Eternal with the Deviant gene, almost destroyed the Eternals’ colony, but they managed to rebuild it and assisted other heroes in their fights against Thanos on several occasions.

Currently, there are dozens of named and known Eternals in the Marvel Universe, with the complete list being even bigger (about 1,000, as is presumed), since a lot of them have never been identified.

Since listing all of them would not be pragmatic, we have decided to name some representatives of each of the five generations of Eternals, as officially divided by the comic book authors. Here they are:

Now that we’ve told you all the important basics, let us discuss the powers of the Eternals.

Analysing the powers of the Eternals is no easy thing. Namely, there are so many of them and each of them have their own special powers that it is quite difficult to give a general outline of their powers. But, we at Fiction Horizon have – of course – done that for you and we are now going to present a general outline of all the non-specific powers each Eternal has.

Eternals are humanoid characters, yet the only trait they share with humans is their visual appearance. As far as their strength goes, they are superpowered cosmic entities whose strength is much higher than that of normal humans.

Each Eternal is “blessed” with superstrength, although the degrees vary between each individual Eternal. Compared to some other cosmic Entities, the Eternals are – despite their power – less powerful than the Celestials, for example, and even Thanos, who himself is an Eternal with the Deviants gene. They are equally as strong as the Deviants, their chaotic counterparts.

Eternals also have psionic abilities, which – again – vary between each individual Eternal. Some are more, and some are less skilled but they all have these abilities, no matter the degree.

Another important trait of the Eternals is that they can project cosmic energy from their hands and their eyes, which makes them extremely powerful in direct combat.

Some of them can also harness energy to make them additionally stronger. The thing with the Eternals is that they usually specialize in specific fields, meaning that they focus their powers and manifest them in one specific form, which is why each individual Eternal is so specific.

Finally, we can state that the Eternals aren’t immortal, but they are so long-living and usually have regenerative abilities that they practically are. They can die and be killed, but live so long that it seems like they are completely immortal. A good example is Thanos, who is not immortal, but is usually depicted as practically being an immortal character.