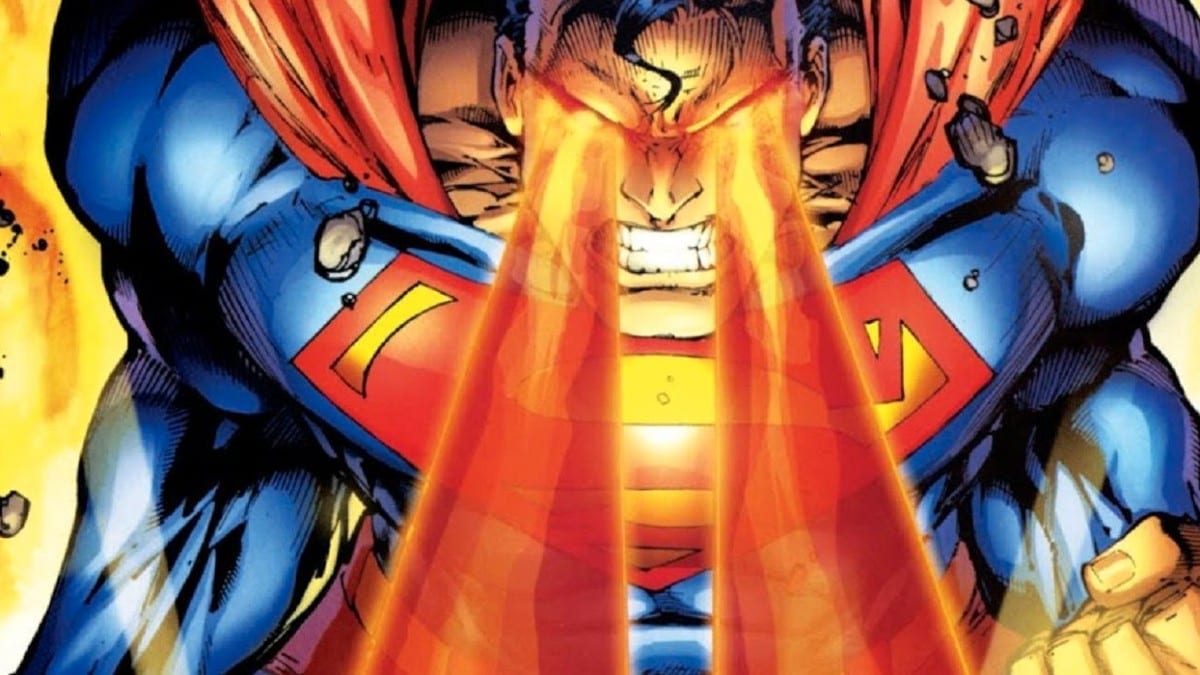 Superhuman speed, telepathy, X-ray vision, eidetic memory, are only some of the superpowers he has. Heat Vision is also one of his notable superpowers. But how powerful really is Superman’s Heat Vision?

Superman’s heat vision can be higher than the temperature of a star, and as low as to light a candle without melting it down. With it, he can repair the cosmic structure that separates third-dimensional worlds from fourth-dimensional ones. It all depends on how hot Superman wants it to be.

Let us analyze this in detail below, as well as answer some other questions related to his heat vision, such as can he see while using it, can Superman’s heat vision destroy kryptonite, and why it only comes in red.

How powerful is Superman’s heat vision

Superman’s heat vision can be as powerful as he wants it to be. Many of us have the wrong idea that Superman has a constant temperature for his heat vision, which is far from the truth. In reality, Superman can control both the amplitude and intensity of his heat vision.

What it means is, Superman can use his heat vision to light up the tip of a candle, without accidentally melting off the entire candle. On the other hand, if Superman wished, he could easily increase the power of his heat vision, and fry up an entire planet.

Contrary to popular belief, Superman’s heat vision can affect the subatomic level, which can easily affect particles in the quantum scale.

We have seen Superman going against Darkseid’s Omega energy on several occasions. When you consider the fact that Omega Energy can destroy an entire universe, Supermans’ Heat Vision claims a top spot too.

We even saw Superman use his Heat Vision to repair the cosmic structure that separated third-dimensional worlds from fourth-dimensional ones.

If you think about it, to do so, you need something that can cut through the divine structure of the universe.

Superman’s heat vision is nothing but concentrated light beams (Laser). And as he was from Krypton, and had to withstand radiations from the nearby sun, his cells were mutated so that he could see while using his heat vision.

Not only Kryptonians, but Daxamites also developed this superpower as they went through a fundamental mutation process triggered by the radiation from the nearby sun. It made them capable of releasing massive amounts of solar energy through their eyes.

To scare off enemies, Kryptonians can make their eyes glow red, without releasing any beams.

Yes, it can. In the comic Superman: War of Supermen #0

, we saw Superman use his heat vision to destroy a knife made out of kryptonite. His opponent thought she could kill Superman, once and for all, using the knife. But she was proven wrong when Superman focused his heat vision on the knife, and it evaporated.

Now you might be wondering why didn’t he use his heat vision to destroy the kryptonite in the movie BatmanVSuperman?

One explanation is that in the movie Superman wasn’t yet aware of how Kryptonite can affect him. We saw him being exposed to non-earthy conditions in Zod’s ship, which didn’t have any adverse effect on his abilities.

So we can form the argument that Superman was yet to discover Kryptonite, and how it can cripple him.

Well, we have no other explanation other than attributing that to Batman’s genius.

There is another explanation as to why in the movie BatmanVSuperman, Superman didn’t destroy the Kryptonite.

It is theorized by many that Superman was well aware of Batman’s capabilities. But most importantly, Superman knew that Batman was no more than a human.

Now let us focus our attention on another superhero from the DC universe – Cyclops. Can Superman beat Cyclops Kinetic Blast?

As it turns out, he can. Superman can easily exceed the power released by Cyclop’s eyes, by absorbing more energy from nearby sources. We all know, he can absorb energy from the sun, but he can also do the same from superstars.

Even if Superman didn’t have an energy source nearby, just like any Kryptonians, he could store immense solar power in his biomatrix, which he could tap into at his will.

Why is Superman’s heat vision only red?

In reality, his heat vision has no color. Yes, that’s right.

The editor of Superman comics explained in a letter that the Heat vision is painted red for the reader’s convenience. In reality, it has no color.

If you are not yet convinced, think about it, how many times have you seen Superman use heat vision while he was in his Clark Kent guise?

We saw him use it in front of his colleagues, and right on the streets, and no one seemed to notice. Now that tells something.

In most comics, we saw Superman’s heat vision as a red beam of light. But in the Smallville (Live Action Superman TV series), and Superman Returns (2006), the heat vision was first depicted as invisible heat distortions traveling through the air.

In Smallville (2001-2011), we saw Clark Kent use the heat vision in plain daylight, without raising an eyebrow from pedestrians. But as the show progresses, we saw the heat beam turn slightly orange, which implies that the heat beam was more intense than it was before.

Yes, it is. The way for us to wrap our heads around this is to see how the Flash compares against the Superman.

In the comic The Flash #209, we saw Flash outrun most of his Justice League compatriots. However, Flash quickly realizes that Superman is right behind him.

Now it is well established that the Flash can reach Mach 3 Speed (2,532 miles per hour). So the fact that Superman was right behind him, confirms that Superman also has supersonic speed.

So can Superman’s heat vision also top the Mach 3 speed? It can’t.

Refer back to the incident we mentioned above, where Superman was chasing the Flash. At one point, Superman uses his heat vision to stop the Flash. But, it turns out, the flash outpaced the heat vision.