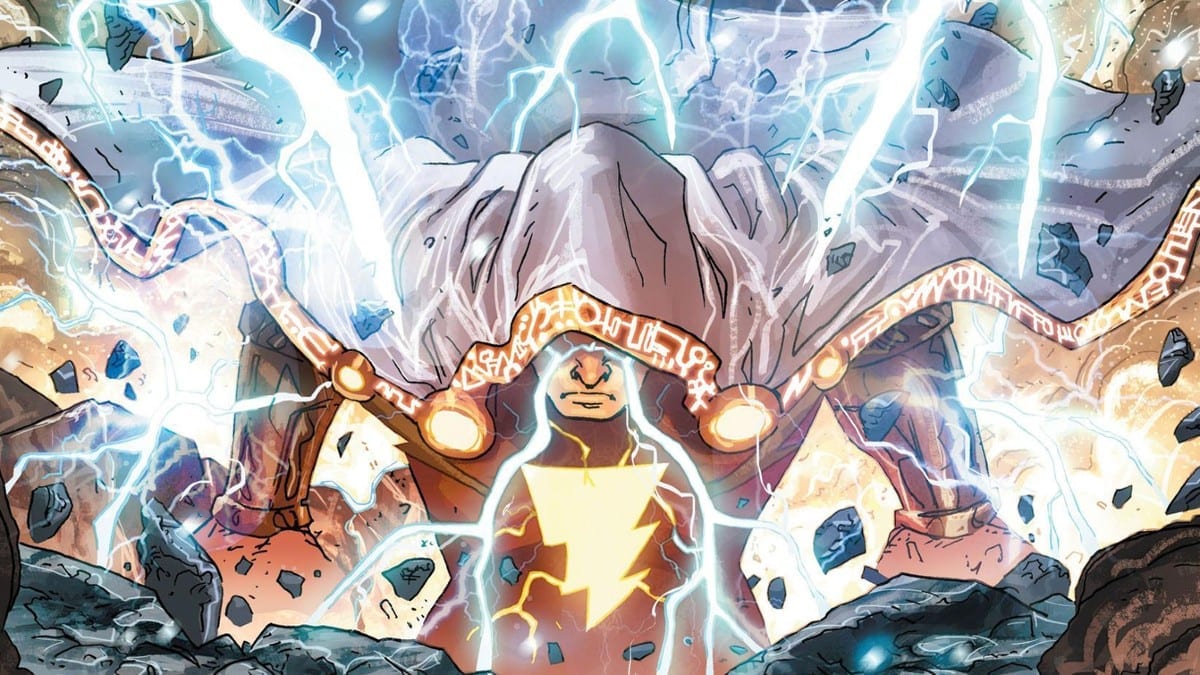 Shazam might be one of the most undervalued DC characters of all time. But did you know Shazam almost has equal powers as Superman? According to the writers from DC, there is no force, and no supervillain, that can kill Shazam. So is Shazam a God? Let us find out.

Shazam is not a god. He is not a descendent of God. He didn’t come from an alien planet. He is a human, who acquired magical powers, often derived from actual Gods, through sheer determination.

We will explain in detail why Shazam is not a God, from which Gods his powers come, is he immortal or can Shazam die!

Is Shazam a God?

Shazam is a DC superhero who is a protector of Fawcett City. He first appeared in the DC comic Whiz Comic #2

, which was first published back in 1940. But at that time, he was known as Captain Marvel. But after the Post-Flashpoint DC Universe Reboot, he was re-introduced in the Justice League (Volume 2) #7 as Shazam. He went on to form the powerful Marvel family after he built an acquaintance with Mary Marvel and Captain Marvel Jr.

Unfortunately, Shazam was killed at an early age, by a rock that fell on him, but his soul lived. He chose a young boy who he would transfer his powers, a combination of superhuman abilities from 6 legendary figures, to whenever the boy said the words “Shazam”.

Let us look at the origins of Shazam. Shazam is the superhero name used by Billy Batson, who is the boy behind this popular DC character. Shazam is an acronym of 6 legendary figures, we will get to that in the later section.

Reputed archaeologists C.C, and Marylin Batson had two kids – Billy, and Mary Batson. Both of them were murdered by their trusted assistant Theo Adams, at the excavation site at the tomb of Rameses II. Theo also kidnaped Billy’s sister Mary, who later goes missing.

Billy was placed under his uncle Ebenezer’s custody, who was an evil man. He stole all the money from his trust fund and kicked him out of his home.

As Shazam was living on the streets, one night he was confronted by a mysterious man, who was the spirit of his departed father C.C Batson. Billy was asked to follow him into the tunnel where they arrived in front of a train decorated in hieroglyphics and mystic runes.

The train stopped at a tavern that held statues of the Seven deadly enemies of man- Envy, Lust, Greed, Pride, Wrath, Sloth, and Gluttony. Beside those statues, under a stone block, Shazam was sitting on a throne, waiting for Billy and his father to arrive.

It is at that tavern that Shazam reveals that he has selected Billy as his heir. He will bestow all his superpowers to Billy. From now on, every time Billy uttered the words Shazam, unimaginable power from legendary gods will enter his body, and he will transform into an adult superhero. The second time he said Shazam, Billy would return to his normal body.

What Gods Does Shazam Stand for?

Shazam is an acronym for seven legendary figures. The “S” stands for Solomon H, who is widely known for his foresight and wisdom. The “A” stands for Atlas Z, who was full of stamina. The “Z” stands for Zeus, who possessed the powers for inter-dimensional travel, and unimaginable physical abilities.

The “A” stands for Achillies, who was known for his courage. The “M” stands for Mercury, who was able to fly at high speed.

Originally there was an “O” at the end of Shazam. Shazamo also included powers from Oggar. However, with time Oggar grows corrupt and desires to possess the powers of Shazam. After Shazam was made aware of this fact, he had to fight Oggar and defeat him, which he did.

After Oggar’s defeat, he lost all his powers and was sent to Earth to live as a mortal. This is at this point when Shazamo was changed to Shazam.

By now, you must have wrapped your head around the concept that Shazam is not a superhero, it refers to a collection of superpowers from six legendary figures. Shazam needs to the human body as a host.

So when we consider that Shazam is pure energy, yes it is immortal. But its host is not immortal, although it gains some immortal traits when it has entered into the Shazam form. For instance, when Billy has transformed into Shazam, he doesn’t need to eat, drink, breathe, or follow any of the other human-like norms. Moreover, even if he incurs any physical wound, Zeus would instantly heal him. But as soon as Billy returns to his normal human state, he is as immortal as you and everyone else is.

So hypothetically, if we assume that Billy would die at the age of 90, and at the age of 30 he enters into the Shazam state for 60 straight years, he would die as soon as he returns to his human form. A great way to leave a legacy, don’t you think?

When its human host approaches its death, it can be transferred to another human host, and thus live forever.

Yes, he can. In the DC comics he was introduced as an old Egyptian wizard who attained immense magical powers. He was portrayed as a human from the very beginning. So he can die from natural cause just like any other human.

When we saw Shazam interacting with Billy for the first time, he was sitting on a throne, he had aged like any other mortal, and didn’t have the physical strength as before.

But can anyone kill Shazam, that’s a whole different topic. As we said before, Shazam refers to the abstract pool of powers from six different legends. So in that sense, Shazam cannot die. Shazam is pure energy that may transfer from one mortal to another, but never perish.

So can anyone kill the host of Shazam, for instance Billy? Yes, they can.

In the Captain Marvel Adventures #23

, we were also told that no Earthly force can kill Shazam. We even got proof of that in Captain Marvel Adventures #144

, when Captain Marvel stood still when an entire atomic bomb blasted on him.

But what about a force that isn’t from Earth? What about Superman? Superman and Shazam are often compared with each other. You might also come across the argument that both of them are equal. But, in reality, that’s not the case.

In the comic “Injustice Gods Among Us” Superman had let the evil overwhelm him. He wanted to take over Earth.

Superman approached Shazam to join forces with him. But Shazam refused. Shazam was aware that he had previously saved Superman from John Constantine’s trap. He assumed this left room for him to reason with Superman. But he was wrong. Superman has turned evil by then.

Superman killed Shazam, in cold blood, when he refused to accept his offer. Superman used his laser vision and pointed it directly at Shazam. The comic ended with an image of Shazam lying on the floor, as Superman, and other members of the Justice League walked out of the room.