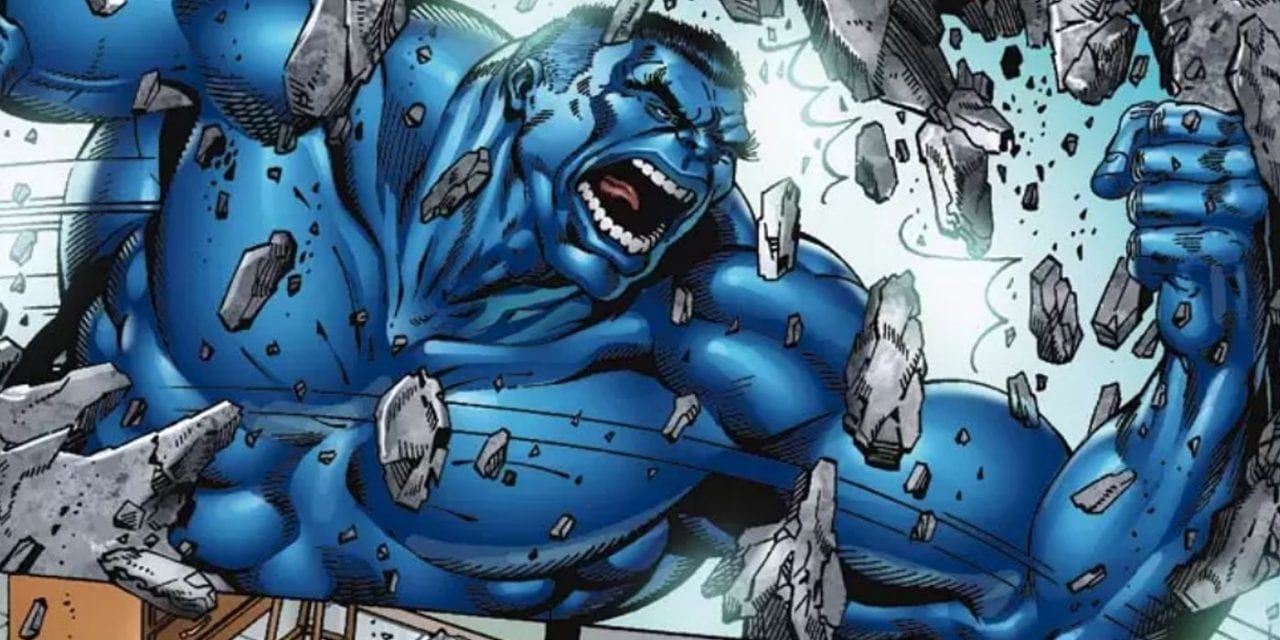 Although initially being grey, the Hulk is today best-known as the green-skinned monster from Marvel’s comic books. Still, there are differently coloured versions of the characters present within Marvel’s fictional universe, such as the Red Hulk or the Yellow Hulk, but none of them are quite as famous as the green version. So, while talking about colours, you may ask yourselves – is there a Blue Hulk? Keep reading to find out.

Yes, there is a Blue Hulk. When Bruce Banner, a.k.a. the real (Green) Hulk merged with the Uni-Power and became Captain Universe, his skin turned blue and he became Blue Hulk for a brief period of time.

The Hulk is a fictional superhero appearing in stories published by Marvel Comics. Hulk is the alter ego of physicist Bruce Banner, who is a regular human, without any superhuman abilities. Created by Stan Lee and Jack Kirby, the characters debuted in The Incredible Hulk #1

(1962) and is today regarded as one of Marvel’s strongest characters.

So, what about the Blue Hulk? We’ve seen that Hulk’s basic colour is green, but he did, indeed, turn blue for a short while in the story Captain Universe: Incredible Hulk

(2006). In this one-shot, Bruce Banner comes into contact with the Uni-Power, a sentient manifestation of the Universe itself. Whenever the Uni-Power bonds with a living being, that being becomes the superhero Captain Universe; e.g. Spider-Man, Daredevil and Doctor Strange have all held the title at one point in their careers.

In this storyline, Bruce Banner goes to a frozen wasteland to isolate himself from society and the Hulk, but when he gets caught in a bear trap, he “hulks out” and becomes the green giant. At this point, the Uni-Power merges with the Hulk, but is still inactive. The Uni-Power generally seeks out people who are unaware of the great power and responsibility they possess and helps them, but this time it seemed like the Uni-Power itself needed assistance.

When the Hulk arrives, A.I.M.’s robots attack him and when it seems that he is going to be overpowered, Dr. Wiles boosts the capacity of the Uni-Power, thereby making Hulk stronger. This boos also changed the colour of his skin from green to blue. And this is how the Blue Hulk was born.

It was only for a short time, though. The Blue Hulk quickly dealt with the robots and hid out of the way of danger. His powers were so boosted that the robots really stood no chance against him in such a fight. Once the situation calmed down, the Uni-Power – having helped Banner and itself – left his body and went to search for another host.