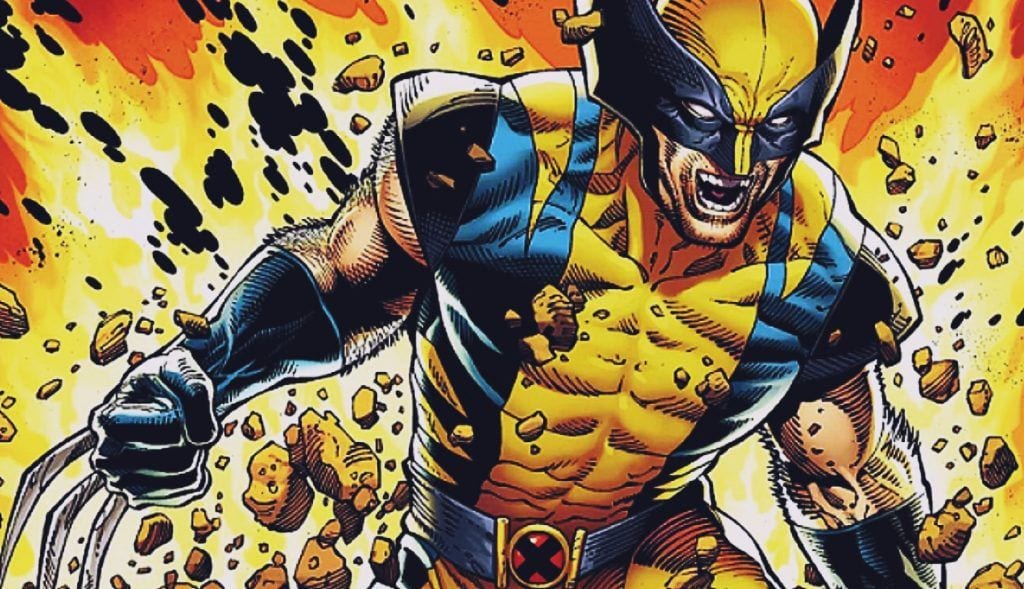 According to the standard Mutant Power Level Classification of Marvel’s Earth-616 (Prime Earth), Wolverine is a Beta-level mutant, which means that he can actually pass off as a human, but only if not observed very carefully.

The X-Men are one of Marvel’s most famous franchises. They first appeared in the comic book The X-Men #1 (1963) and were created by Stan Lee and Jack Kirby, the pioneers of Marvel Comics’ franchises.

The franchise is centered around the eponymous X-Men, a group of mutants, i.e., humans with special abilities activated by the X-Gene. The premise is focused on the relations between the mutants and the humans, but also between the X-Men themselves. Whereas Professor X leads a group of heroic mutants that want to coexist with humans and help them, his former friend and rival, Magneto, thinks that the humans would destroy the X-Men if they could, which is why he considers them to be an enemy.

The X-Mane have also fought a plethora of cosmic foes, some of which have been villains in other Marvel franchises. The franchise has become very popular among the fans and the critics, and it led to the development of several movies, TV shows, and video games based on the franchise. The X-Men have also crossed over with other Marvel characters, most notably the Avengers.

Now that you know the basics, let us discuss the topic of our article – Wolverine.

Wolverine is the superhero/mutant name of one James Howlett, a fictional superhero/antihero appearing in Marvel’s X-Men franchise. Wolverine is also know as Logan and Weapon X.

He was created by Roy Tomas, Len Wein and John Romita Sr. and made his first full appearance in The Incredible Hulk #181 (1974), after having had a cameo appearance in the preceding issue of the same comic. Wolverine is a typical antihero, although most incarnations show him as being a superhero and a member of the X-Men, despite him having a very unorthodox approach to fighting crime and the status of mutants in the world.

Wolverine’s origin story involves a lot of blood and tragedy. He was born as James Howlett in Canada during the 1880s, as the son of John and Elizabeth Howlett; he was actually the illegitimate son of the groundskeeper Thomas Logan, which explains one of his aliases. Although his creators weren’t sure on which origin story to pick for him, the contemporary Marvel canon states that Wolverine first manifested his powers when bone claws appeared from his hands after his father had killed John Howlett as a retaliation for the latter sending him away after he had been falsely accused of rape. He used the claws to kill Thomas Logan, avenging John Howlett’s death, but now knowing that he was actually murdering his own father.

He then became a soldier and mercenary, fighting in both World Wars and living a solitary life in between. He was recruited as a member of the infamous Team X and given false memory implants. He managed to break free from the fabricated reality, but was ultimately kidnapped and turned into a test subject for the Weapon X project. During this captivity, adamantium was inserted into his body, which augmented his powers and made him the famous mutant he is today. He managed to escape and regain his humanity with the help of some friends. Later on, he was recruited by Professor X as a member of the X-Men and the rest is – history.

Wolverine soon became one of the most popular X-Men and a fan favourite not just among Marvel fans, but also comic book fans in general. He is one of the rare X-Men characters to get his own, solo series of comic books. He also appeared in a number of derivative materials, the best known among them being the X-Men movie franchise, where he was played (in all iterations) by Hugh Jackman.

Mutants in the X-Men franchise are classified based on the level of their powers and how much they resemble humans. There are several systems of classification within the Multiverse, but we are only going to discuss the one used on Earth-616, the primary Earth in Marvel’s Multiverse. The primary system of classification on Earth-616 is based on Greek letters and contains a total of six groups. The groups are:

It is important to note that these classifications are not set in stone, since mutants tend to evolve as time goes by, discovering new powers and abilities, which could lead to their reclassification. Now, let us summarise the groups in table form:

Which class does Wolverine belong to?

Now that we’ve explained the classification system, let us see where Wolverine would go.

Based on everything we know about him and his powers, Wolverine would undoubtedly be classified as a Beta level mutant. Why is that so?

As far as being human-like is concerned, Wolverine can easily pass of as one at first glance. Not just that, he doesn’t even have any external revealing traits, so you wouldn’t notice him not being human just by looking at him. What he does have is an extra set of bones and muscles in each forearm and adamantium in his body, which means that an X-Ray would reveal hat he is not a human. Wolverine often used this to his advantage, hiding successfully among humans for almost 150 years.

The second element (control over one’s powers) is a bit tricky when Wolverine is concerned. Namely, although Wolverine can summon his blades at will, there are a lot of situations where he cannot control them coming out, as they react to danger, anger and stress. In such situations, Wolverine usually cannot control them and they will come out by themselves, which is a trait of Beta level mutants. The same goes for his healing abilities, since he cannot decide not to heal himself because he wants to – his body will do it regardless of his wishes.

And this is why Wolverine is a Beta level mutant and a rather typical example of one.