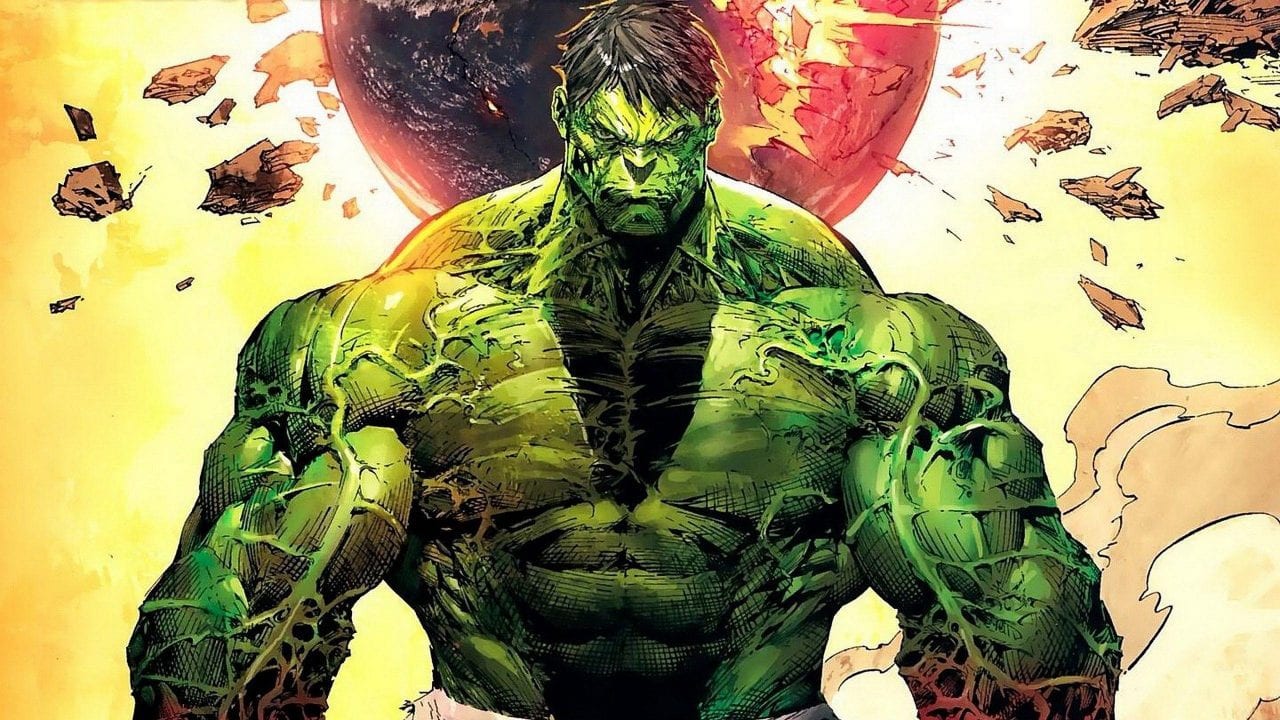 Hulk is one of those characters that has a lot of different iterations. We’ve already talked about Blue Hulk and Space Punisher Hulk, but those two are just some of the iterations of the popular and famous Green Goliath. In today’s article, we are going to be discussing another iteration of the character, World Breaker Hulk, who is said to be Marvel’s strongest superhero ever (mind you, Space Punisher Hulk, whom we’ve labelled as the strongest iteration of the Hulk, is not a superhero). Is he really the strongest? Well, keep reading to find out.

World Breaker Hulk is an iteration of Hulk that came into being after the Hulk was stranded on Sakaar by the Illuminati. There, after a tragedy, he absorbed the whole radiation of the planet and also gained the so-called Old Power, a powerful energy flowing through Sakaar. This transformed him into World Breaker Hulk.

Who is World Breaker Hulk?

World Breaker Hulk is an iteration of the Hulk that appeared at the end of the “Plant Hulk” narrative written by Greg Pak. It is said to be one of the strongest iterations of the Green Goliath and the strongest superhero Marvel ever created.

How was World Breaker Hulk created? Well, that’s an interesting story. Namely, at one point during the “Planet Hulk” storyline, its very beginning, the Hulk is deemed to dangerous to remain on Earh after causing havoc in Las Vegas. The Illuminati (consisting of Professor Xavier, Doctor Strange, Namor, Black Bolt, Tony Stark and Reed Richards) decide to send him into space and trick him into entering a spacecraft that crashes on Sakaar. There, Hulk is enslaved and forced to become a gladiator for the entertainment of the planet’s tyrannical ruler, the Red King.

Being a successful gladiator, the Hulk is – initially at least – courted by the local resistance movement, but he declines. Later, though, he joins the resistance and fights the Red King’s lieutenant, Caiera, who, after realising that the Red King has betrayed her, joins Hulk. Together with Caiera, the Hulk eventually defeats the Red King and becomes the benevolent ruler of Sakaar. He marries Caiera, who gives birth to two children.

But soon after, tragedy struck their relationship when the the antimatter warp core engine of the ship that brought Hulk to Sakaar detonates in a massive explosion, destroying the whole city and killing Caiera. The Hulk explodes with anger absorbing all of the radiation on Sakaar and the Old Power of the planet, which flowed through Caiera. This makes him exceptionally strong, as he becomes World Breaker Hulk. He then heads back to Earth to take revenge upon the Illuminati.

What can World Breaker Hulk do that the regular Hulk cannot?

World Breaker Hulk is basically the Prime Universe’s Hulk enhanced by absorbing planetary levels of radiation (something similar to Rune King Thor). So, in order to distinguish him from the “regular” Green Goliath, we have made a list of the basic differences between these two iterations of the character:

How strong is World Breaker Hulk?

World Breaker Hulk demonstrated his abilities when he defeated the Red King, a character no one was able to defeat before him. He would’ve also cracked Skaar’s skull with his bare hand had he not stopped himself and was able to defeat Armaggedon with ease, and Armaggedon is a character who beat the living daylights out of the Silver Surfer. The list of enemies World Breaker Hulk has defeated is too long to fully list here, but alongside the Illuminati, he has fought and defeated the likes of the Avengers, he X-Men, the Fantastic Four, Juggernaut, Doctor Strange, Black Bolt, Ghost Rider, the US Army.

But his powers even surpass his fighting abilities. Namely, World Breaker Hulk was so strong that him just walking was enough to cause Earth to start shattering, meaning that his walking is so powerful that it could completely destroy a planet. And yet, even this is not nearly enough.

Namely, The Incredible Hulk #632 demonstrates how the simple fact that Hulk exists could be enough to destroy the world. When Bruce Banner transforms into World Breaker Hulk, the comic shows that stone and glass shatter all around him for quite a wide radius. Then, as he stands still in his new form, stronger than he’s ever been before, the ground beneath starts to crumble. This is really amazing, as he didn’t even have to move, just – be there, simply exist – to cause planet-wide destruction. It’s a good thing that World Breaker Hulk can control most of his powers.