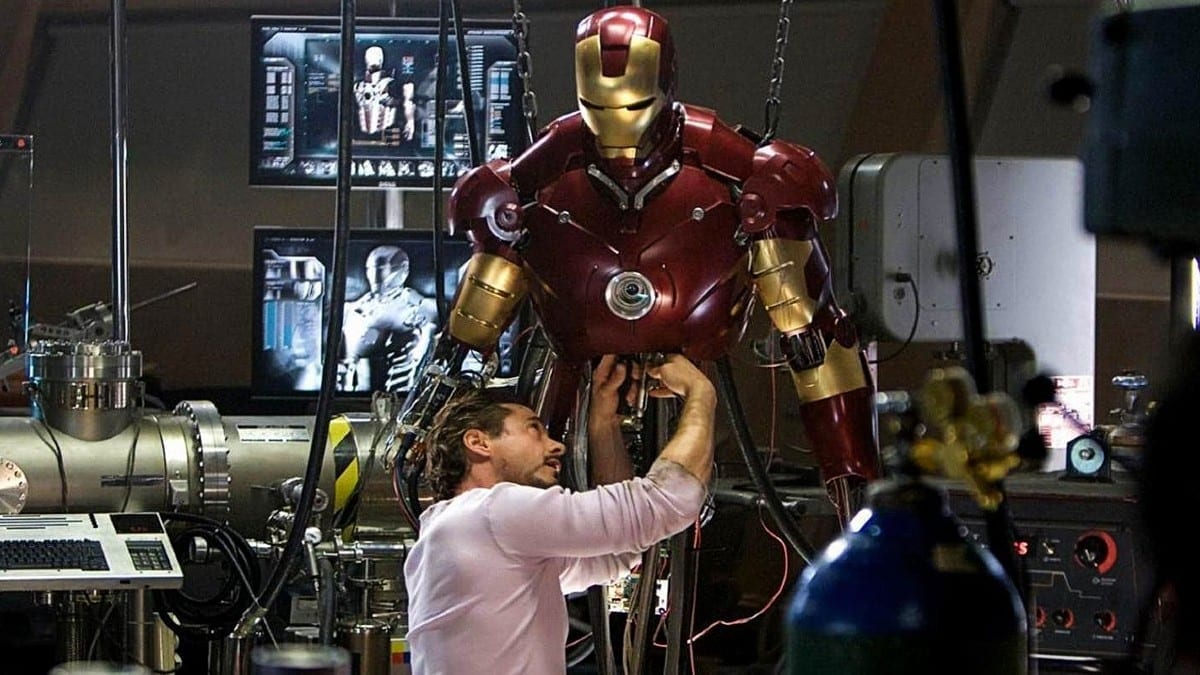 Even though Marvel has not explicitly stated why, fans have been thorough in piecing together events and timeframes in order to narrow down the potential reasons for this – why does Tony dislike being handed things?

Tony does not trust anyone. The once party-going, fun-loving genius now hated crowds, often becoming agitated and tense before pushing them aside.

The Marvel universes is well-known for the creation of iconic figures that would shake the world of entertainment forever. Featuring grand and elaborate plots and storylines, Marvel has managed to win over the hearts and minds of millions with comics and extravagantly produced on-screen creations.

Who is Tony Stark?

One of the most beloved characters to have ever been created by Marvel is the infamous Iron Man, who has been a fan favorite for the majority of his existence. Anthony Edward ‘Tony’ Stark was a billionaire industrialist known for his advanced inventions and scientific research conducted at Stark Industries.

Stark was known for his genius approach to world issues and exceptional knowledge of technology. He was one of the world’s most powerful and influential figures following the death of his parents.

While demonstrating a fleet of Jericho missiles, Stark was kidnapped by the Ten Rings in Afghanistan. Faced with this daunting reality and the possibility of death, he created an armored suit which he used to escape his captors.

Upon his safe return home, he ventured further into this newfound concept, creating several more armored suits which he used to defend against terrorists under the alias ‘Iron Man’. Despite his existing celebrity status, Stark enjoyed the attention and adoration that ‘Iron Man’ received, and openly disclosed his once secret identity as a result.

Tony’s road to fame and fortune began when he was just a child, and he gained notoriety for his brilliant mind when he created his first circuit board. Gaining an overwhelming level of attention and pressure from powerful individuals, sparked a series of events that would change his life forever.

Tony was well-respected in his industry and community of like-minded individuals. But this did not come without it taking a toll on him. Coupled with the pressure and loss of his parents, he soon began turning to alcohol and parties to alleviate the pain he could not face.

He was one of the founding members of the Avengers and a consultant for S.H.I.E.L.D. He overcame many trials and tribulations throughout his life such as the realization of his own Arc Reactor threatening his life, post-traumatic stress, and loss of loved ones.

Many of the traits and troubles that Tony had throughout his life stemmed from childhood, and worsened throughout his life. He grew up with a hard-hearted father, describing him as cold and callous. In a conversation between Tony and Nick Fury, he stated that the happiest day of his father’s life was the day Tony was shipped off to boarding school.

He did, however, have many things in his life that were good. He had a loving relationship with his mother, who was gentle and nurturing. He found love with Pepper Potts, formed strong relationships with others, and seemed to grow a heart and great capacity for love and empathy towards the end of his life.

Tony never really dealt with the death of his parents, and stated that he never got to say goodbye. This plagued him throughout his life. There has been evidence to suggest that Tony avoided becoming close with people, as he knew that he would one day lose them.

During the earlier years of his life, this trait was not really evident. He interacted with others, and engaged with strangers with no issue. There are slight hints of this trait developing at the end of Iron Man 1, where he begins to realize Obadiah has betrayed him, after which there are obvious signs of the trait in Iron Man 2.

Something must have changed during this time – something that would shake and redefine Tony Stark at his very core. This relates back to his kidnapping. Many fans seem to overlook this event for what it truly was, opting to view it as more of a side story.

This was in fact a massive influence for Tony’s character development, one that would ultimately lead to the person he became as Marvel’s storyline progressed. He was no longer the alcoholic party boy he used to be. He had become a cautious, serious character, and had recurring post-traumatic stress disorder throughout the series ever since.

He was severely wounded, half-drowned, beaten and electrocuted by people who see torture as an ‘art’, and shortly after he had open chest surgery. He was at the most vulnerable point he had ever been in, with no potential to defend himself against these violent advances.

He was lucky he survived at all. Furthermore, he was lucky he was Tony Stark, and could rely on his advanced intellect to back him up when his body could not. Without that, there would have been no chance for him at all.

A scenario like this, coupled with his childhood, would create mistrust in absolutely anyone. The fact that Tony had gone through this would have left an unimaginable amount of trauma and alterations in character. Since his intellect and skills are what saved him, his psyche may have clung to this, leaving very little room for others.

Considering this perspective, it’s certain that this is not the actual issue, but a side effect of the route issue. Tony does not trust anyone. The once party-going, fun-loving genius now hated crowds, often becoming agitated and tense before pushing them aside.

Tony had always had OCD, but this had become increasingly more controlling over his life. He had become a germophobe who was overly obsessive about the way his environment was kept.

Tony also becomes startled when touched without warning, occasionally to the point of physically jumping back with wide eyes before turning to see who has touched him. It is clear that he is not just ‘bothered’ by it, he is legitimately spooked by it.

He is visibly aware of his own movements, even when in the company of trusted allies. He circles just out of anyone’s reach, and consciously moves to give or allow a firm shoulder grip when he deems it necessary, before regaining his distance.

He often tries to make weak attempts to be quirky or use jokes as a means to cover up his odd behavior, none of which really do the job. The only time Tony seems to let this guard down is when he is with Pepper, when locked in his basement, when using adrenaline to focus on a mission, or when he is angry.

There are others that Tony gradually seems to let in other Pepper – like Rhodey, Bruce Banner, and Peter. Whether it’s ultimately is due to his kidnapping, loss of loved ones, or overall mistrust, it’s clear that ‘’don’t hand me things’’ is merely a defense mechanism, a means to an end – never let anyone within an arm’s reach.