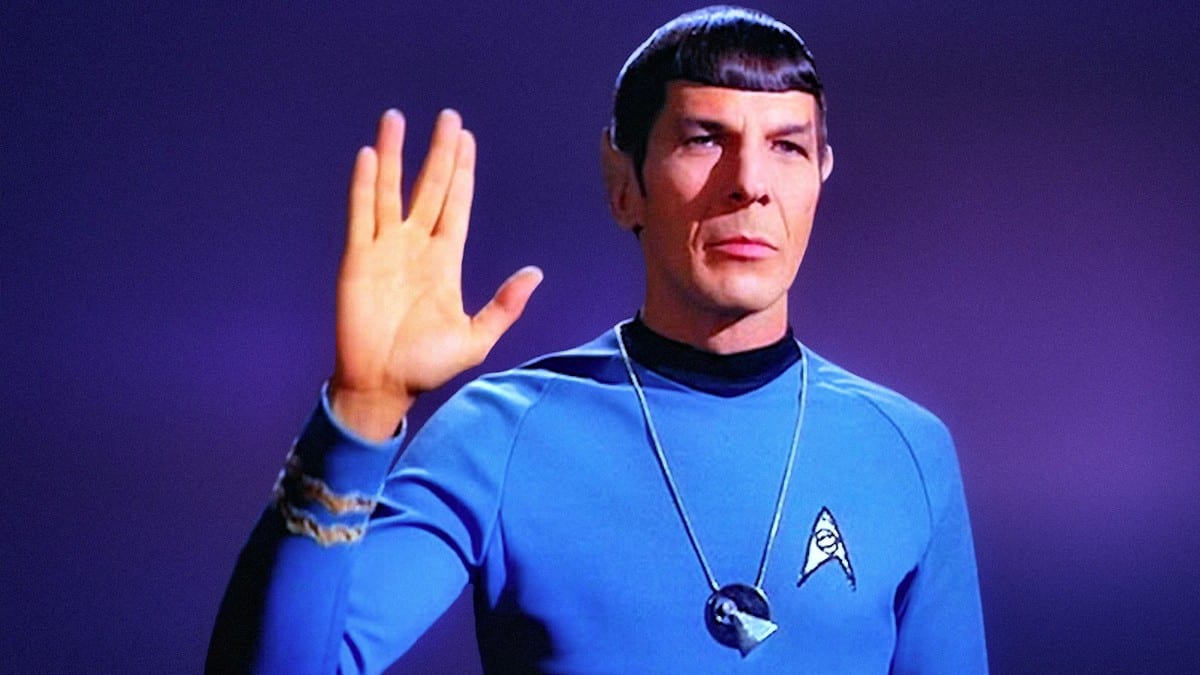 Spock is a half-human, half-Vulcan, and like other Vulcans he isn’t showing his emotions, which opens up a question, can Spock and other Vulcans lie?

Spock and Vulcans are capable of lying, for which we have multiple evidence through Star Trek episodes.

It is said that Spock and Vulcans are not capable of having emotions, and it is often thought that they also can’t lie, but that is just not the case, as we will show you in the rest of this article.

Spock, a fictional character from the Star Trek series. Originally a Vulcan by father and human by mother side, with characteristic pointed ears, he served as a scientific and first officer at the Enterprise under the command of his friend Captain James Kirk.

In the original series and films, he was played by Leonard Nimoy, who also reprised the role in the 2009 film Star Trek, where he played the older Spock, alongside the younger, played by Zachary Quinto.

It is often thought that Spock can’t show emotions, and lie, but we have to remember, he is only half Vulcan, and that is something that ‘his people’ often remind him of.

Vulcans (sometimes Vulcanians) are a fictional extraterrestrial humanoid species in the Star Trek universe and media franchise. In the various Star Trek television series and movies, they are noted for their attempt to live by logic and reason with as little interference from emotion as possible.

Known for their pronounced eyebrows and pointed ears, they originate from the fictional planet Vulcan. In the Star Trek universe, they were the first extraterrestrial species to make contact with humans.

Can Spock and Other Vulcans Lie and Proof of It

One of the great myths about Vulcans is that their race was incapable of telling a lie. Doctor Leonard McCoy once stated that the simple fact of Spock being a Vulcan meant that he was incapable of lying. (TOS: “The Menagerie, Part I”)

While this was generally believed to be accurate, Vulcans were, in fact, capable of telling lies, usually justifying this action as a logical course towards a means to an end. An example of this would be lying to carry out a secret mission or lying to protect the lives of others.

Spock was in fact capable of lying, as was Valeris, although Valeris’ motives were somewhat dubious.

Tuvok admitted that Vulcans were capable of telling lies but added that he had never found it prudent or necessary to do so, after an inquiry by Seven of Nine into whether or not they were capable of lying. (TOS: “The Enterprise Incident”; TOS: “Errand of Mercy”; Star Trek VI: The Undiscovered Country; VOY: “Hunters”; Star Trek Into Darkness)

This said Tuvok was as capable of deception as any other Vulcan, as his time with the Maquis and kinship with Chakotay during that time were all a deception as he served as an agent of Starfleet. (VOY: “State of Flux”)

Then, we have Spock’s reply to Saavik in WOK, when they beamed back aboard the partially repaired Enterprise two hours after Spock reported to Kirk that, “If we go by the book, as Lt. Saavik insists, what would take hours takes days. We can have power back in two days, Admiral.”

Saavik confronts Spock to say, “You lied!” and Spock counters with, “I exaggerated.”

Then we have Tuvok as an example, he was the real liar

Commander Chakotay: Can I ask you to be honest with me, Lieutenant?

Lieutenant Tuvok: As a Vulcan, I am at all times honest, Commander.

Commander Chakotay: That’s not exactly true. You lied to me when you passed yourself off as a Maquis to get on my crew.

Lieutenant Tuvok: I was honest with my own convictions within the defined parameters of my mission.

Commander Chakotay: You damned Vulcans and your ‘defined parameters’!

Vulcan’s maybe don’t lie often, but as you can see they certainly can lie.

We have to ask ourselves who in the galaxy is spreading this story that Vulcans cannot lie? Well, that would be Vulcans!

So, we at the start can’t believe their stories, and if we think that is the lie at the start, we have our answer in front of us. All Vulcans, as well as Spock, Tuvok, Valeris, and many others can lie, it is just a question those their logic requires it in that particular moment.

Because their emotions can surface, we certainly saw they can lie, but one thing they all got in common is logic, and they will do whatever is necessary to preserve their logic, even lie when it is needed to.

But, in their defense, when looking at how often humans and many other species (Ferengi) lie, then it really looks like Vulcans, including Spock, never lie. It is in such rear occasions, that is it with right often think they really never lie.

Thing is, Vulcans don’t lie casually, and their lying is not as good as humans for example, because they don’t have much experience. They almost always do it for the right cause, because of the mission, they where ordered, or something similar and logical.