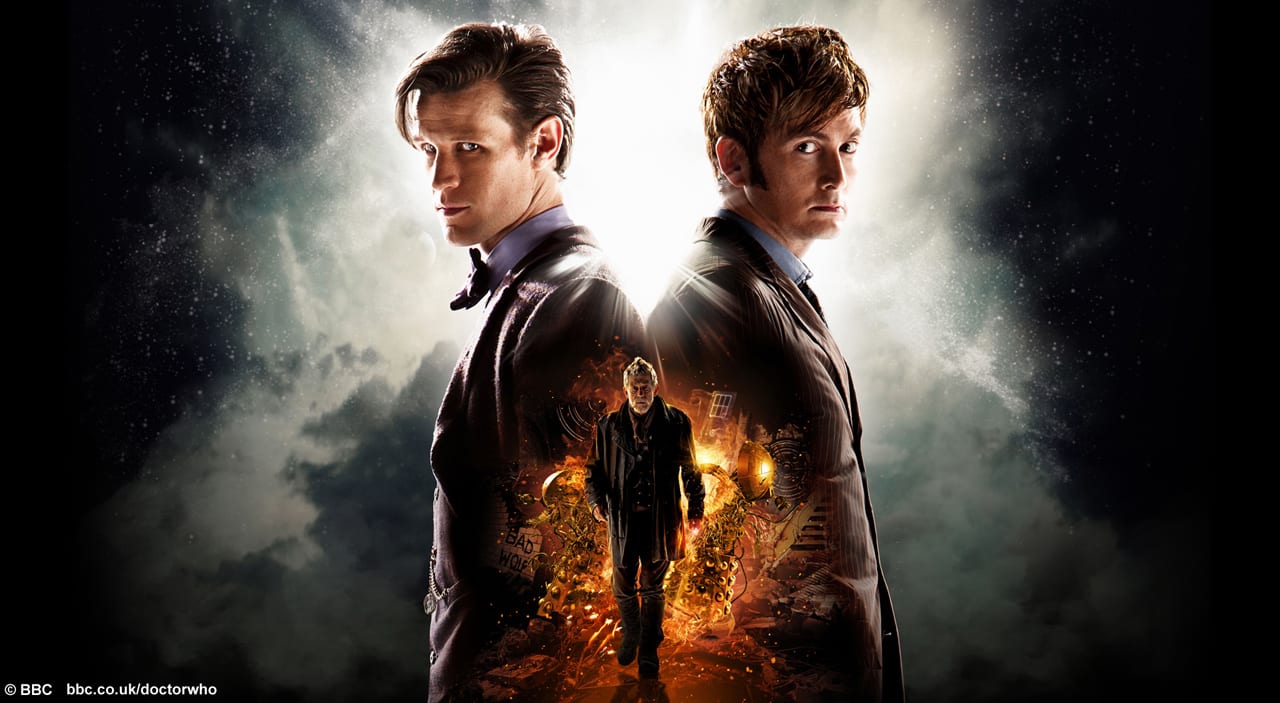 The alien entity that is known as Time Lord is a citizen of planet Gallifrey and, as such, has a convoluted alien name from the planet. Unfortunately, these are extremely hard to understand or pronounce for normal humans. So, how do Time Lords get their names?

The Time Lords choose a common human name, so it is easier for those he encounters to pronounce.

Each Time Lord thus decides for themselves what to be called; with each regeneration comes a new Time Lord ready to embrace the duty. Though they have alien names, they find taking names with their intended purposes as a better fit. The Time Lord known as War Doctor was regenerated for the sole purpose of fighting a war against the mighty Daleks. The Doctor himself disapproved of the name and preferred to be known as the Doctor who was regenerated for the sole purpose of killing Daleks, yes, the whole thing. All regenerated Gallfiens know the title Doctor is of importance since it is supposed to bring hope.

The last surviving Time Lord from the Time War is Dr. Who and is one of the more notorious figures in current pop culture; to the date, almost everything about the character is now part of the public zeitgeist. His Tardis, the British-themed phone booth that is a time machine, his primary weapon of repair is his sonic screwdriver. The Doctors most potent gift is his bravery, intellect, and ingenuity when confronted with danger. The Doctor in all incarnations is a powerful telepath able to read minds and understand impulse and desires. He was once shown to be able to read a baby’s mind.

The Doctor has faced such great enemies as the Dalek, a merciless cyborg alien who demands everything bow to their will. The weeping statues, who approach their victims whenever they are not being looked at, and even a disembodied great intelligence seek to control. Only to name a few enemies to make out the vast laundry list of antagonists presented in the shows.

What is the Doctor’s real name?

Unknown. Although Showrunner Steven Moffat once claimed jokingly to a fans question that in fact, the real name was Mildred.

Why does the Doctor never say his name?

There seems to be a running joke with the name. Gallfrians have names; they are just complicated and nonsensical to humans. Since the Doctor deals with humans most of the time, he chooses something they can connect with, so Doctor it is.  The few humans that have heard the name find it unpronounceable.

Who knows the Doctor’s name?

The Sixth Doctor was always portrayed as a more romantic wears his heart on his sleeve figure. He approached adventuring with a bravado that has yet to be registered with other Doctors. He is also the Doctor with the least amount of TV time; it could be argued he is the one with the most prominent in alternative media such as comics and audio dramas. The episode sees the Doctor encounter Becky, when she is young. Here he taught her how to dance the waltz and the foxtrot. Then in a second encounter in the future, she teaches him how to dance a time loop paradox scenario. He reveals to her his real name.

The original companion of the First Doctor, she knew him from Gallifrey, and since she was his granddaughter, it can be surmised that she knew his name well. Susan picked the name Susan herself; her original name is also unknown since her true identity was deliberately lost. What is known is her actual name could have meant rose like the flower. Susan scribbled his name on the wrapping paper she used to gift a hypercube to her grandfather.

Sam Jones’s very existence is a paradoxical conundrum that involves her biomass combined with the Tenth Doctors’ biomass during regeneration. This created a Schrödinger’s Cat experiment scenario where one Sam ventured time and space with the Doctor, and the other stayed put. In one of their adventures during the exploration of an alien ship, she overhears the Doctor’s name and finds it incomprehensible, thus unpronounceable by the human tongue.

Clara Oswald
Media – TV. Ep – Journey to the Center of the Tardis.

The companion of the Eleventh and Twelfth Doctor is an impossibility. According to the Doctor, she is the only mystery worth solving, although the Tardis disagrees, stating that she is just a normal girl. Her existence is echoed throughout time, and she has even died twice that the viewers know of since she is, in theory, stretched through time. Fortunately for her, she is not aware of her other-selves. She achieved this state of existence by following River Song through the Time Lords tomb after River said his name, and she was scattered all over by the time winds.

The companion to the Eleventh Doctor found herself in possession of a copy of The History of the Time War. Here she saw his name written within the pages of the book. Unfortunately for her, this timeline was aborted, and Clara could not remember the name.

Though meant more like a joke within the episode, Missy tells that she, in fact, knows the name of the Doctor. Missy stated that it was, in fact, the Doctor that dropped the Who at the end to seem more mysterious. The Twelfth Doctor corrects this.

River Song is tricky, to say the least; considered a child of the Tardis, she was conceived aboard one while her parent Amy Pond and Rory Williams, traveled through a Time Vortex. She was born Melody Pond and was kidnapped by Madame Kovarian to become a living weapon to kill the Doctor; she even shared some of the Doctor’s abilities like regeneration. The training paid off as she managed to kill the Eleventh Doctor, then she brought him back by sacrificing her regenerations so he could live. She eventually came to love and marry the Doctor. As his wife, she stated on two separate occasions that she knew his name. Once at his tomb and before that to the Doctor himself to confirm her identity. She is also not entirely human and thus can pronounce his name.

Why is the Doctor’s name so dangerous?

There is no sinister reason, no ancient evil deity will be summoned from under the seas if uttered, or biblical apocalyptic event is bound to happen. The dead won’t rise to walk their native planet. There is implied intimacy and safety reasons.

It is known that the Doctor has family in his homeworld. He keeps his identity secret of making sure they are safe. Think of it as the vigilante wearing a mask principle. They do it, so their enemies can’t find their families and use them as leverage points.

Then there is love. As quirky and even loopy, some of The Doctors iterations are they always have a companion some form, and most of them are privy to the Doctor whole host of emotions from fear to great passions. Even they are excluded from the actual name. It would be like opening up his heart to them, almost like an expression of love. Many will argue other points, but regardless it is his most well-kept secret.