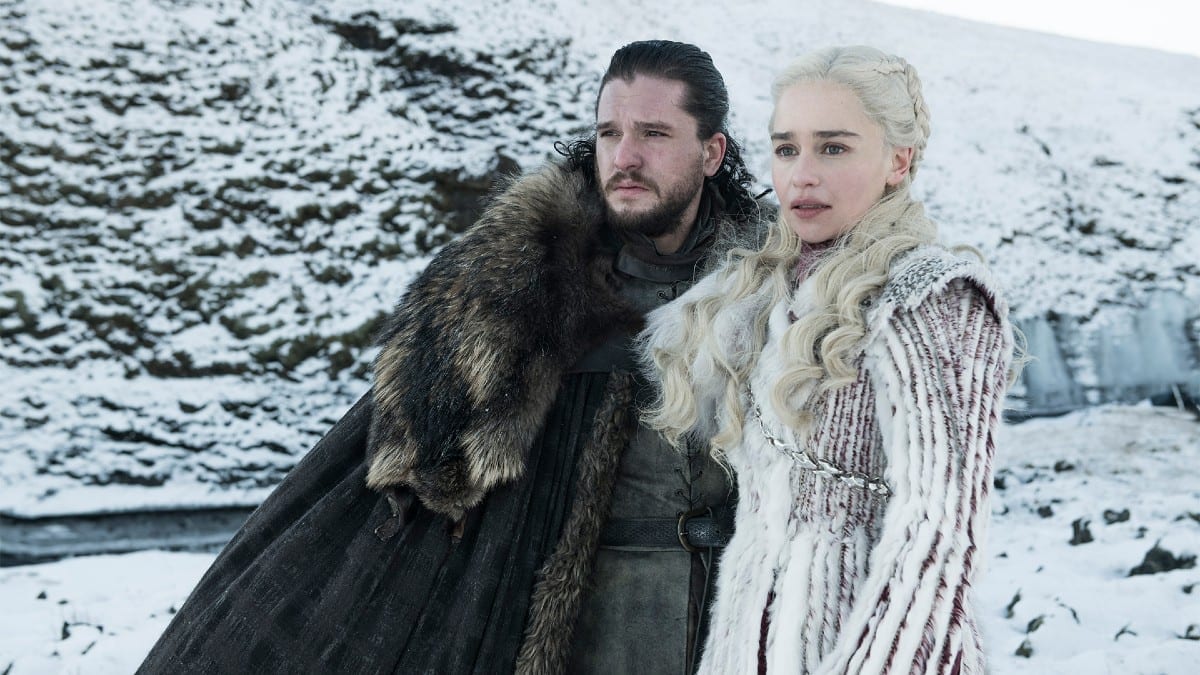 Since HBO’s beloved Game of Thrones’ premiere in 2011, the series has taken fans on a gripping tale of medieval civil war. Steadily building in popularity since its release, fans watched in anticipation to find out who would one day sit on the Iron Throne, the seat of the king of the Seven Kingdoms. But, just how many viewers did this hit series manage to reel in?

Game of Thrones had an average viewer count of 44.2 million during all seasons.

How many viewers did Game of Thrones have?

With an average viewer count of 44.2 million, it’s not surprising that Game of Thrones had millions tuning in to each season, with the numbers rising in accordance with the show’s rating s and popularity. Using each season’s finale episode as a benchmark, we can estimate just how many people tuned in.

When the show made its debut, 2.2 million people gathered around their screens to check out what the hype was all about. By the time season 1’s finale rolled around, approximately 3 million people tuned in. With an already steep incline in popularity, this statistic would foreshadow the show’s future success.

There was a steady increase in average linear viewership that was calculated to be around 14%. This may not seem like much, but with millions tuning in, 14% is certainly a massive amount of new viewers and fans.

Game of Thrones would soon overtake the previous HBO single episode record of 13.4 million set by The Sopranos in September 2004, a record that was held for an outstanding 15 years. Game of Throne’s new record of 13.6 million would make it the most-watched program in HBO’s network history.

This was the biggest same-day audience ever for the show. HBO says that the original 9 pm telecast of The Iron Throne was seen by 13.6 million viewers, and same-day streaming and encore linear broadcast raised that figure to a final general total of 19.3 million.

How many viewers did Game of Thrones get per episode?

Game of Thrones’ season 8 got an average of 44.2 million viewers per episode across all platforms when accounting for delayed viewing. This was an increase of around 10 million new viewers from season 7.

However, these figures do not account for some forms of streaming on on-demand services, as well as the unlawful yet very realistic distribution of copies. The amount of Game of Thrones fans on social media overshadows these numbers by far.

Game of Thrones is quite possibly the most talked about show in history leading up to the series’ finale. Talkwalker compiled the data, and the numbers speak for themselves. Game of Thrones absolutely obliterated other TV shows in terms of engagement on social media platforms, with over 46 million mentions.

For some comparison, Stranger Things, The Walking Dead and American Horror Story racked up 5 million, 3 million and 1 million mentions respectively. This a monumental gap in engagement, and if this is a reflection of true fans who were actively awaiting the finale’s release, it’s safe to say there are far more viewers than are accounted for.

What was the most viewed Game of Thrones episode?

The most watched episode of the Game of Thrones was the series finale, followed by The Bells. In addition to the outstanding viewership figures of season 7 and 8, another important episode was in fact the Game of Thrones’ 69 minute season 6 finale.

This episode would aid the Game of Thrones creators in continuing their steady climb after a brief dip around Sansa Stark’s involuntary wedding to Ramsay Bolton in season 5, which featured some controversial scenes that some fans were not too happy about.

A total of 8.9 million viewers tuned in to watch this episode live on HBO, which topped the previous high of 8.1 million viewers in season 5’s finale. According to HBO in an interview with USA Today, the average weekly viewer total for season 6 was 23.3 million. In addition, this figure is also most likely far higher, as it does not take into account on-demand streaming data or delayed viewings.

What is the best Game of Thrones episode?

Despite the staggering figures, the Game of Thrones series finale was in fact, not very well received, getting a substantial amount of mixed reviews. There were a couple of other episodes that fans ranked in popularity, all of which proved to be majorly important for the overall success of the series.

One of the favorite episodes ever has been reported to be The Bells, the runner up to the series’ finale. The episode managed to tug at the heartstrings of fans, simultaneously tying some loose ends together. All things were leading up to this moment.

Before the episode is over, the city is wrecked, and The Breaker of Chains breaks bad at last. Dragon fire befell tens of thousands of souls, leaving a wasteland behind. The episode set one heck of a cliff-hanger for the series finale, and it’s understandable that there was such an unimaginable amount of anticipation.

Another popular episode was The Winds of Winter, which was an eventful episode with many climactic moments. It kept fans glued to the screen, feeling every ounce of emotion that was sparked by the story.

The Game was Thrones was ultimately something truly special, and its finale left an irreplaceable void in fans’ hearts. With confounding viewership records, social media engagement and success, they have set the bar extremely high for all future TV show creators.