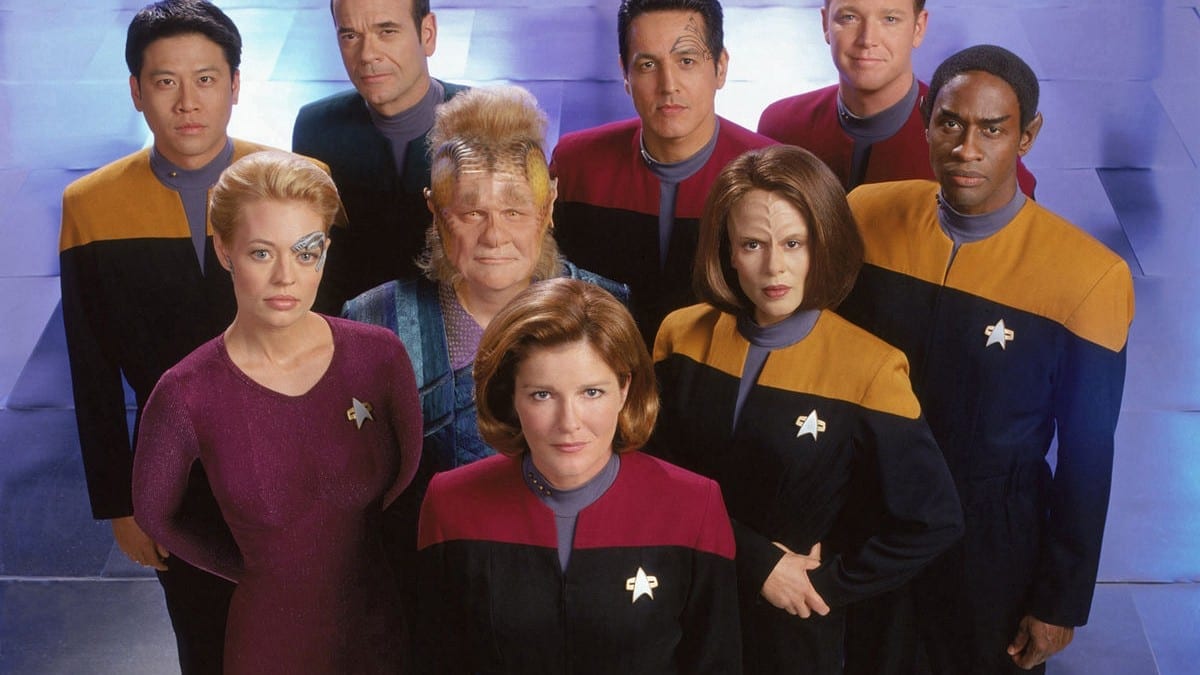 Star Trek has become iconic for its elaborate and complex integration of sci-fi signature aspects into a vast and intriguing universe. The show originally began as a humanistic science fiction TV show in 1966 after being written by a former Air Force Pilot named Gene Roddenberry.

Although it was canceled after only 3 seasons, the cast would later be reunited in the 1970s for 6 feature films, after which 4 Star Trek inspired TV shows would be released in the 1980s, 1990s and early 2000s. Four movies starring The Next Generation cast would curve out the Star Trek canon.

Much of the show had been dreamed up in a universe that differs from our own. But, there were still many earthly references used to build some of its frameworks. This comes into play when discussing the ranking system within the Star Trek universe, which was derived from the United States Navy.

Including ranking titles such as captain, commander, lieutenant, and various subordinate roles, there were many official authority titles that were already familiar to the shows’ viewers. While this could potentially be due to the writer’s career history prior to the story’s creation, it may have also served as a point of familiarity for viewers at a time where sci-fi themes were not overly popular or well received.

A main point of reference apart from the words and titles used, is the color scheme that exists within Star Trek’s universe. In addition to the show’s specific use of color overall, there is a very clear framework that relates colors of the Starfleet uniforms to roles and ranking of authority, giving insight into how the Enterprise itself operates.

The basic colors that outline Star Trek as a whole are an array of blue, red and gold. These colors line the bridge of the ship in every episode, and relate specifically to the various occupational roles that are performed on the ship.

Each member wears the color that corresponds with that specific class or group, and this helps discern the difference between each of them. It is not solely based on authority levels and dominance, but with the actual role of the crew member.

The choice of red, blue and gold was in fact not the first choice. The reality was that the show’s original color scheme was intended to be red, blue and green. This is shown in early episodes where Kirk did occasionally wear green, and there are also pictures of the cast depicting some of them with green uniforms.

Star Trek’s costume designer, William Theiss, stated that everything was as well-planned until they began photography and such with studio lighting. The end result was not as expected, and it turned out to appear more burnt orange or gold instead of green. This was due to the fact that these costumes had been made using an altered fabric that reacted differently when under lighting on set.

This did not deter from the intended purpose of the colors used, and fans seemed to gather the overall point of the color system. Regardless of the color shade outcomes and technical issues, the outlining choice and designation of uniforms were in fact very organized and intentional when Star Trek was originally written.

The use of color has been altered and adapted throughout the history of the show, and many variants have been used in order to adapt with the time, and make the costumes look more stylish. But, the underlining symbolism of each color has remained the same throughout, with extra details and accents being added to add a more sci-fi or creative flair to it.

The debatably golden uniforms – which were meant to be green – were specific to the members that performed command related duties. The color itself is more of a mustard yellow as opposed to classic metallic gold. The command division included Captain Kirk, Lieutenant Sulu and Pavel Chekov. This class was later switched to red in Next Generation and beyond.

Gold trimming has also been seen on uniforms of different colors like red or blue, and is used to indicate the rank and command level of that member within that class in those cases. This is done by adding accents, piping, trimming, and embellishments. The ranking was also depicted by the number of stripes on the sleeve – the more stripes, the higher the ranking.

The red uniforms were designated to the engineering and communications team on the ship. This class included chief engineer Scotty and communications officer Uhura. This red was more of a subtle burgundy color as opposed to a bright red. This was switched to gold in Next Generation and beyond.

Red uniforms are also worn by security members – the selfless characters who are always the first to be killed whenever the ship is confronted with an enemy. This was also switched to a yellowish gold color.

The blue uniforms were worn by the science and medical division on the ship, and this included McCoy and Spock. The use of this color for this division remained constant from the original release of the show and throughout its more modern adaptions.

All of the crew members’ uniforms feature the color somewhere – specific to which version or adaption of Star Trek is being watched. This is based on a neutral pallet of grey and black. In addition, every member has the classic Star Trek insignia on their uniform to complete the look.

Fans will never really understand exactly why there have been so many variations to Star Trek’s costume color choices, let alone why these choices have occasionally contradicted each other.

It ultimately came down to the decisions of the costume designers, the production team and what looked best on set. Nevertheless, there is definitely plenty of importance with regard to these colors, and it does aid in creating the framework of the universe Roddenberry envisioned.