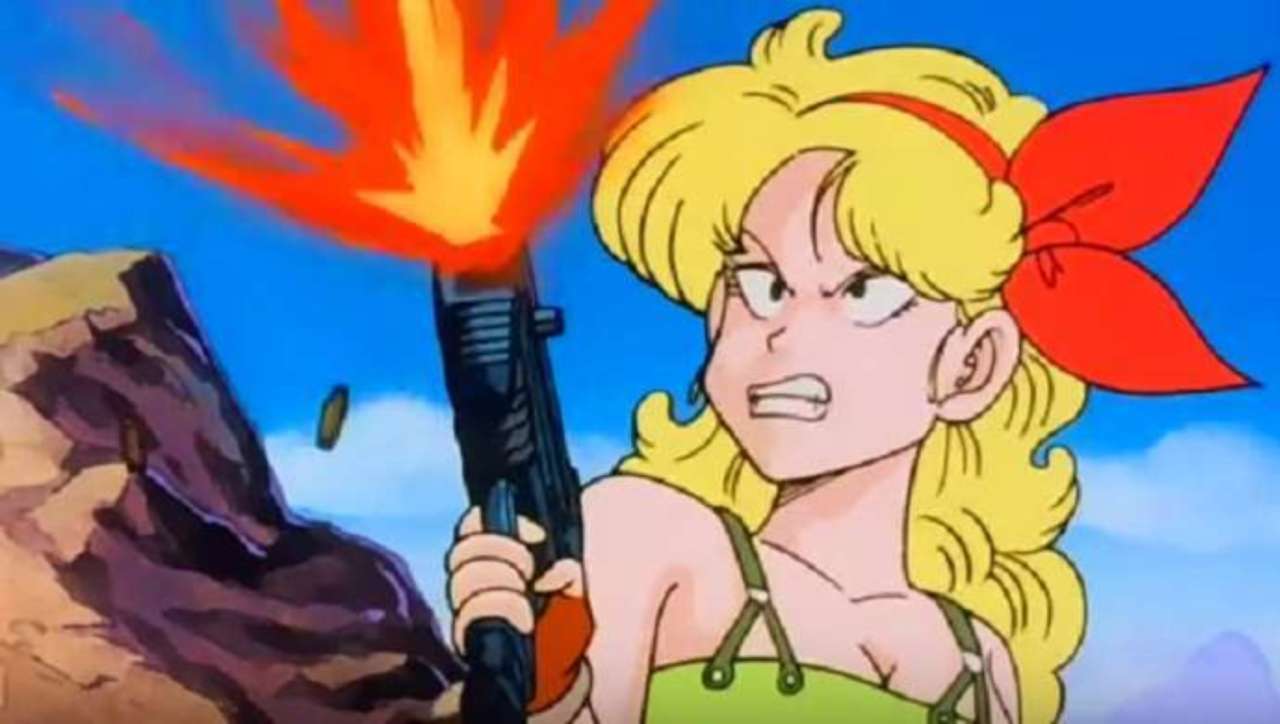 Launch  – Dragon Ball’s one of the most memorable dual personality character, mysteriously disappeared from the series after her debutant in the series. It can be quite weird and baffling if your one of favorite anime character unexpectedly sidesteps from the series without any specified reason. So, what exactly happened to Launch in Dragon Ball Z after her last appearance in the series?

Launch conspicuously disappeared from the series as she was largely forgotten by the creator of the series, Akira Toriyama.

Yes! She was overlooked by one of the creators. Akira Toriyama’s most notorious issue is the fact that at times he gets so indulged into the storylines and developing plot that he oversees some of the roles he has introduced in the series over the years. The most outstandingly bad example of this is of course the enigmatic character of Launch. Being part of the early days of the series, the fan-favorite dual personality character was completely hobbled into the background with the eventual loss of the character being forgotten as the story grew.

Let’s take a closer look at Launch, her strange personality, subsequent disappearance, and how she was largely forgotten.

You love anime characters. Don’t you? If you do, you must know the history of the mysterious character, Launch. Well, if you don’t, don’t worry. We will let you know here in this section.

Launch is a female anime character in the famous Dragon Ball Z series. With a distinctive disorder, Launch has two personalities. A charming and innocent one with blue hair, and a short-tempered and irascible one having blonde hair with a gun-totting crime record.  She shifts into two characters whenever she sneezes.

When Launch first appeared in the series?

Launch becomes one of the Dragon Ball gang when she is taken by young Krillin and Goku to Master Roshi’s island. To those who don’t know-The potential warriors were sent on a quest to find a girlfriend for Master Roshi so that she can provide him company during the training.

Launch usually has a red ribbon in her hair. The outfit of the character often changes, however. The charming looking persona of the character is portrayed as a pure-hearted and lively-looking character flying Nimbus with Goku.

The other side of the character has a deadly secrete. The character is revealed as a vicious, violent, and hardened heavily armed criminal which pops up almost instantly without warning.

Although Launch was not the main character of the series, Launch played a perfect ever-present supporting role for most of the series of Dragon Ball. She was a sight of comic relief with her unpredictable personality.

Is Launch a Saiyan?

Saiyan are innately assertive combatants who thought that they were the strongest combatants in the world. Saiyan played a central character in Dragon Ball Z.

The question is, is Launch a Saiyan? Well, the general theory is that Launch is just a woman with strange personalities in which she continuously shifts from being innocent, peaceable blue haired with blue eyes to a violent ragged blonde-haired character with green eyes. The problem with this theory is this strange personality. It fails to explain why the peaceful, loving, and caring Launch carries UZI 9MM and BULLETS without having a memory of the other character once shifted.

This personality of her is quite like the Super Saiyan transformation. Though I am not saying that she is a pure Saiyan as Saiyan typically have black hair (and eyes apparently), but a hybrid as said by Vegeta, with Saiyan blood in her to a degree. That is the reason why her hair does not spike.

But the idea seems to stay in the head of creator since launch and it feels that Super Saiyan are not original. The creator of the series, Akira Toriyama pointed out the reason why transformation changed the hair color of the character from blue to blonde is because he wanted to make things easier for his associate. In normal instances, his associate had to take a good deal of time to color the hair of Goku and all of the others for all pages. In this regard, the creator eased things for his associate.

In his interview, Toriyama never indicated that the idea of Super Saiyan came from Launch’s transformation from the Dragon Ball Z series.

How did Launch die?

Launch was one of the main characters of Dragon Ball. Later, she became a side character in Dragon Ball Z, and then she suddenly disappeared. So, what exactly happened to her? Did she die?

The last time Launch appeared was when Tien died after the fight with Napa. For those who don’t know-Launch and Tien had a romantic relationship that often lead to the interruption of training of Tien with Chiaotzu.

Years later, in an interview, when the creator, Toriyama was questioned about the disappearance of the character after Saiyan saga, he revealed that he had largely forgotten the mysterious character.

The fortunate part is that the creator didn’t completely abandon the character.  That means she would be seen in the future appearances. However, the appearance of the character is as unpredictable as her personality.

What happened to Launch?

As already discussed, Launch didn’t die but in fact, she suddenly disappeared.

Dragon Ball’s creator Akira Toriyama has no problems creating interesting characters but sometimes he creates too many. He confesses that he sometimes has trouble keeping track of them.

Akria Toriyama admits that he has a bad habit of coming up with a character and then forgetting all of them. For instance, many fans consider Broly to be one of the greatest villains but Toriyama had little to do with them after his creation. Does anyone remember King Chapa? He showed up in Dragon ball where he competed in the World’s Martial Arts tournament. Although he was killed, he was revived by the Dragon Balls only to ultimately disappear and never to be seen again. Sadly, Launch was another causality of the winds.

Akira Toriyama goes on saying “ To tell you the truth, at one point, I completely forgot about her. And then, after a moment, I recalled her, and I had to think of an explanation of why she had vanished. So, I made it look like she was chasing after Tien Shinhan”

Tien Shinhan is a committed, disciplined, ascetic martial artist, and one of the strongest Earthlings. Tien has been known to think more canonically about preparation and martial arts than he does about romance. That hasn’t kept him from dating Launch.

Launch has the devotion interest of Tien?

So, here’s the story of launch.  She first appears as a highest wanted criminal in Brown Country. She is later taken to Master Roshi’s island by Goku and Krillin before they begin their training for 21st Martial Arts tournament. Launch decides to stay at home while they train. She later meets Tien before Tien and Goku battles at 22nd Martial Arts. This is when Launch and Tien have romantic feelings for each other, and they commence a relationship.   Launch attends 23rd Martial Arts tournament with Master Roshi.

The demise of Tien, Launch is seen in a bar drowning her torments.  From here on she disappears from the series, however, she appears in Kid Buu Saga in which she is seen in her charming innocent blue haired form instead of being lethal blonde haired.

So, Launch was more than just a background character. She was a major player in the dragon ball who appeared in many major plot lines. If she wasn’t so well established, her absence wouldn’t have been so noticeable.

It’s saddening when suddenly your favorite character disappears. Isn’t it?

Here, we tried to cover all the details about Launch, how she appeared, what actually happened to her, and how she suddenly disappeared.

We hope that you liked the article. If You have additional comments or thoughts please drop them down in the comments section.