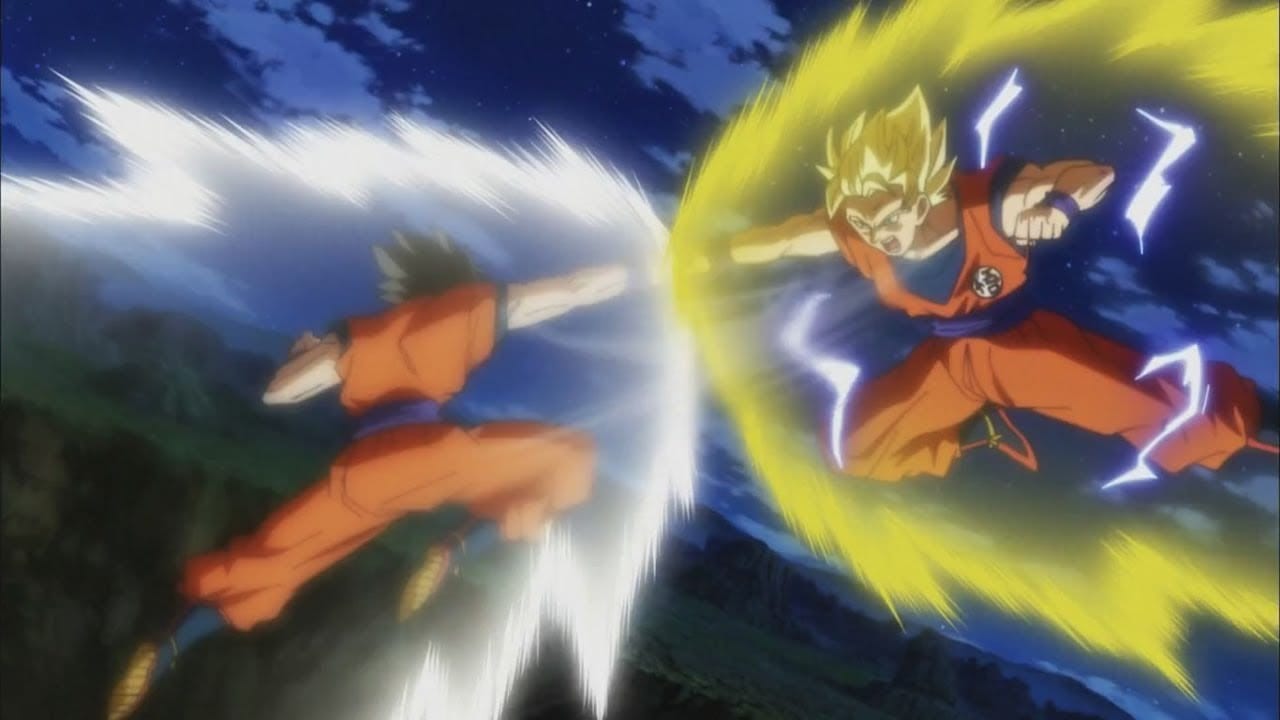 Goku and Gohan are characters of popular Japanese manga series called Dragon Ball. Goku is the main protagonist and Gohan is introduced as his first son with his wife Chi-Chi. They are both very strong Saiyans and possess superhuman strength and abilities. There have been a lot of debates since the ending of manga and anime series regarding their power. So, who is stronger Goku or Gohan?

Goku is stronger than Gohan in the manga series. However, in the anime adaptation called Dragon Ball Z, many believe that Gohan surpassed his dad in strength as he was always meant to do so throughout the series. Therefore, it’s hard to give a concrete answer to this question.

These two characters have evolved significantly from the start of the series and they are amongst the strongest Saiyans in the Dragon Ball world. Although many people consider Goku the most powerful one, we saw that Gohan’s potential to surpass him was tremendous. In this article, we would like to talk about their power and give you a deeper understanding of their abilities. Let’s start!

As we have already mentioned, Goku is the main protagonist of Dragon Ball. He holds superhuman strength and he is training from very early of his childhood to obtain some martial arts techniques. In the beginning, he was a monkey-tailed child who accidentally killed his adoptive father Gohan. He managed to do this by transforming into the Ozaru on a fool-moon night. However, after his tail was cut off, he lost this ability.

His main purpose is to find wish-granting Dragon Balls and as he is trying to achieve this goal, he earns new friends along the way who help him with his adventure. He is going to learn a lot of useful skills from them and gradually become a stronger fighter.

Goku’s first martial arts technique was Jan Ken – three physical blows formed by hand signs of rock-paper-scissors. He also owned Nyoi-bo – a magic item that was moving back and forth according to his commands.

His signature attack is Kamehameha – concentrating a huge amount of Ki and firing it with two hands. Master Roshi taught him this technique and while he spent 50 years developing it Goku was able to master it immediately and he even invented different variations of it.

We have noted that both Goku and his son are Saiyans. In order to properly understand the meaning behind this statement, we need to explain who are Saiyans. Saiyans are the warrior race of the Dragon Ball world who play important role in the series. There are different types of them and Goku is considered to be part of Earthling hybrids.

Being a Saiyan, Goku possesses a lot of superhuman abilities, and due to hard work and extreme training, he has reached God-like levels. These abilities include –

Alongside these attributes, Goku provides numerous Mental and Energy abilities as well, which help him win combats against the most powerful warriors. Therefore, he is considered the strongest Saiyan in the series.

Gohan is the first son of Goku and Chi-Chi who first appears at the age of four years in the series. Unlike Goku, he is half-Saiyan and although he has tremendous potential since childhood he does not have as much passion for fighting as his father.

This is mainly caused by his strict mother Chi-Chi who wants his son to focus on studies rather than martial arts. However, when the Earth was in danger, she allowed him to fight and display his potential which led him to become one of the strongest characters.

Gohan also possesses superhuman strength and durability and as a half-Saiyan, he is believed to be stronger than full Saiyans. Due to it, he is able to acquire new techniques much faster than his father.

He was just 9 years old when he achieved a Super Saiyan 2, making him the youngest to do so. He provides a variety of techniques such as –

These are a few techniques owned by Gohan. We are not going to mention all of them as it will take a couple of pages. As you can see, Gohan is no less than his father in terms of abilities and superhuman strength, but we will try to answer the main question below.

Who is stronger Goku or Gohan?

We have briefly described the strength and abilities of these two characters above and we have witnessed that they are amongst the strongest warriors in the series. However, the question – ‘who is stronger’ has been asked numerous times between fans.

As we have noted in the beginning, Goku is stronger than Gohan depending on the manga alone. However, in the adapted anime series Gohan was meant and probably managed to surpass his dad which we can see on several occasions.

Based on every detail in the manga and anime, we will choose Goku. The main reason behind it is that his Super Saiyan 3 is much stronger than Gohan’s Super Saiyan 2. Additionally, Gohan has trained much little than his father due to different reasons.

However, in the Dragon Ball world, it is believed that half-Saiyans are stronger than full Saiyans, and Gohan having tremendous potential since childhood was meant to surpass his father.

We have seen their fight in Dragon Ball Super when Goku and his team were preparing for the Tournament of Power. During the preparation, Gohan insisted that he wanted to fight with his father in order to unleash his powers.

In the intense battle, where both of them sued their full power everything was decided by last blow. We saw that Gohan was not able to take down Goku as his strength was overpowered and he was left KO’d in his father’s arms.

You can see this battle here

In this article, we have talked about two characters of the Dragon Ball manga series – Goku and Gohan. We have described their strength and abilities and based on this information we tried to answer the question – who is stronger?

We have chosen Goku for several reasons. First of all, he is a much-experienced fighter who is able to develop Super Saiyan 3 that is much stronger than Gohan’s Super Saiyan 2. Secondly, Gohan has not trained as much as his father due to his strict upbringing and lack of passion for fighting. Finally, in Dragon Ball Super we have witnessed their fight which resulted in Goku’s victory.

These are the reasons behind our choice, we hope this article was informative for you!