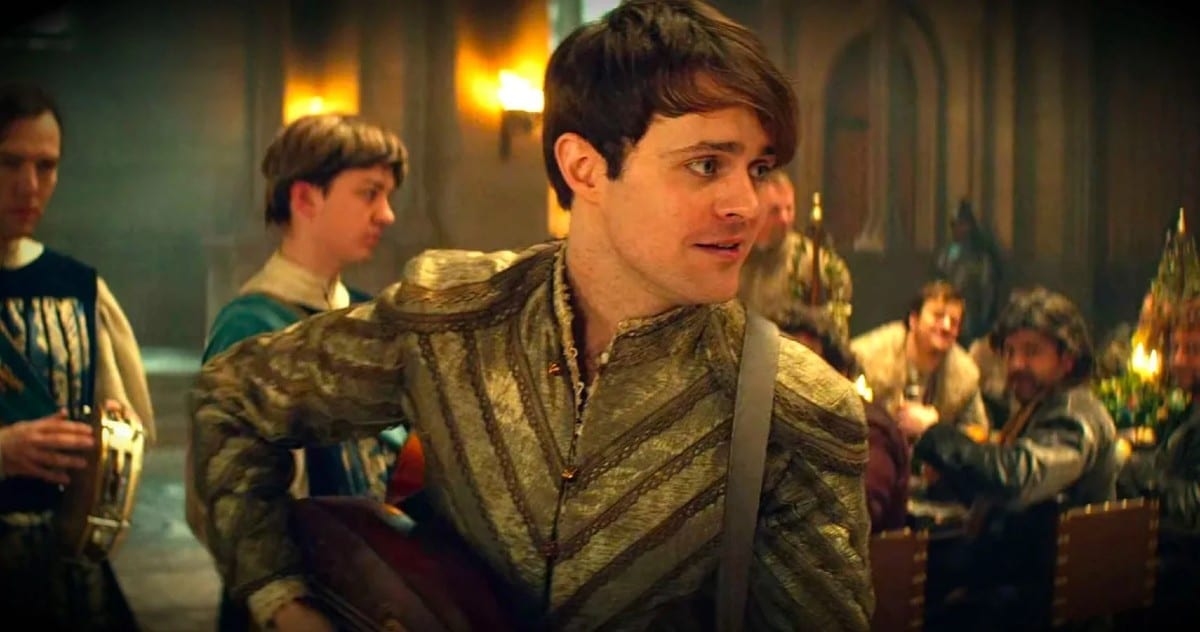 Julian Alfred Pankratz has been titled as both ‘Jaskier’ and ‘Dandelion’, and fans have been wondering, why the name change? There are multiple outlets of this series including books, games, and of course Netflix’s version. The answer lies within the true meaning of his name.

In the hit Netflix TV series, there have been many questions surrounding the beloved bard played by Joey Batey. This creative character accompanies Geralt of Rivia along with his many adventures throughout the show’s progression, eventually becoming a close friend.

There have been plenty of mysteries surrounding him, and this character has undergone much speculation since Netflix’s release of the TV show. Many of these mysteries have simple yet understandable answers that trace back to the creators of the show. But there hasn’t been much of an explanation to the most basic aspect of this character – his name.

To be clear, neither Jaskier nor Dandelion is his actual name. His real name is Julian. Jaskier and Dandelion both stem from the same position as a ‘stage name’ or nickname for Julian.

There were many potential translations that could have been used, it was simply about finding one that had a good ring to it. For example, his name’s translation would have been Blyskáč which means Ficaria Verna in Slovakian, or Rittersporn which means Delphinium in German. Jaskier was also called ‘Marigold’ in the Czech translation.

This translation was chosen to respect the underlying meaning of the name, and was a more suitable name as opposed to ‘Buttercup’. The translator felt that ‘Buttercup’ simply was not a good fit for the character, and opted to translate a different flower with similar traits.

He was described as someone who had a great capacity for love and people, and was a great showman. The priority was placed on the translated name reflecting the meaning of his original name, and capturing his nature appropriately.

This all seems to make some sense, but the question still remains, why did they change his name? Although the original name was Jaskier in Polish, his name had already been established as Dandelion in the English translations of the original book series. So, why was it switched back to Jaskier in an English TV show?

This is the part that is causing some confusion for fans. This is made even more confusing by the fact that the English names ‘Roach’ and ‘Mousesack’ were kept. However, at a closer glance, it is understandable. The original names of these characters just aren’t catchy and memorable for an English speaker.

For example, Mousesack’s original name before the translation is ‘Myszowór’. It’s highly unlikely that any English speaker would pronounce or spell that name correctly. In a world where ‘word of mouth’, tags, and social media posts matter for the success of a TV show, it makes sense why the creators would want to ensure fans can grasp the names of characters well.

So, why exactly did they not keep ‘Dandelion’? By this point, most English speaking The Witcher fans knew him by this name, and it would not have affected the character’s popularity with viewers, or the show’s ratings.

Why did Netflix switch to ‘Jaskier’ in The Witcher?

Most fans argue that the underlining motive behind switching back to Jaskier was to pay respect to the original version of The Witcher. Jaskier is a rather prominent character in the series, and is adored by most The Witcher fans. It was said that keeping at least this character’s original name pays tribute to the show’s origins rather than its translations.

It’s possible that the creators also wanted to have a good combination of translated names and original names, as the Netflix series would be watched by a global audience. It is understandable that they may have wanted to appeal to a variety of cultures by not being exclusive to one language’s translations.

There has also been some debate surrounding potential cultural connotations to Dandelion. For example, in some cultures, ‘Dandy’ – short for ‘Dandelion’ is often used as a slang word to describe someone who is ostentatious or gay. There was the chance that English speakers would interpret the name in a more feminine light that would not suit the overall tone of the storyline or the character.

Perhaps the producers wanted to avoid this sort of reaction from the general Netflix crowd in fear it may be misinterpreted, as opposed to considering its original The Witcher fans, who would have been fine with ‘Dandelion’ to begin with. In fact, there is debate as to which name is better than the other among fans.

Which name is better? Dandelion or Jaskier?

Many fans claim that the switch to Jaskier removes the crucial role of this character’s name in creating his character profile for the viewer. This is done by clouding the metaphorical meaning behind his stage name.

Some believe that as an English speaker, ‘Jaskier’ means nothing, and there would be no further thought on its symbolism, whereas ‘Dandelion’ reveals its symbolic meaning clearly. It was also explained that Jaskier is described as ‘’an obvious pseudonym’’ by a character in the novels.

The general consensus is that the decision to switch back to ‘Jaskier’ for the TV show came down to paying tribute to the shows’ origins, and the fact that it just sounded better. Many have said that ‘Dandelion’ just didn’t suit the feel of the show, and this seemed more important than making obvious symbolic references.

The main objective of this was that the focal point of the meaning behind his name was communicated in how Jaskier was portrayed as a character – with the same qualities that created this symbolic reference to the yellow flower. Whether or not this was done effectively is debatable. But the qualities that are embodied by the yellow flower were certainly evident in Jaskier’s character, even without the name.