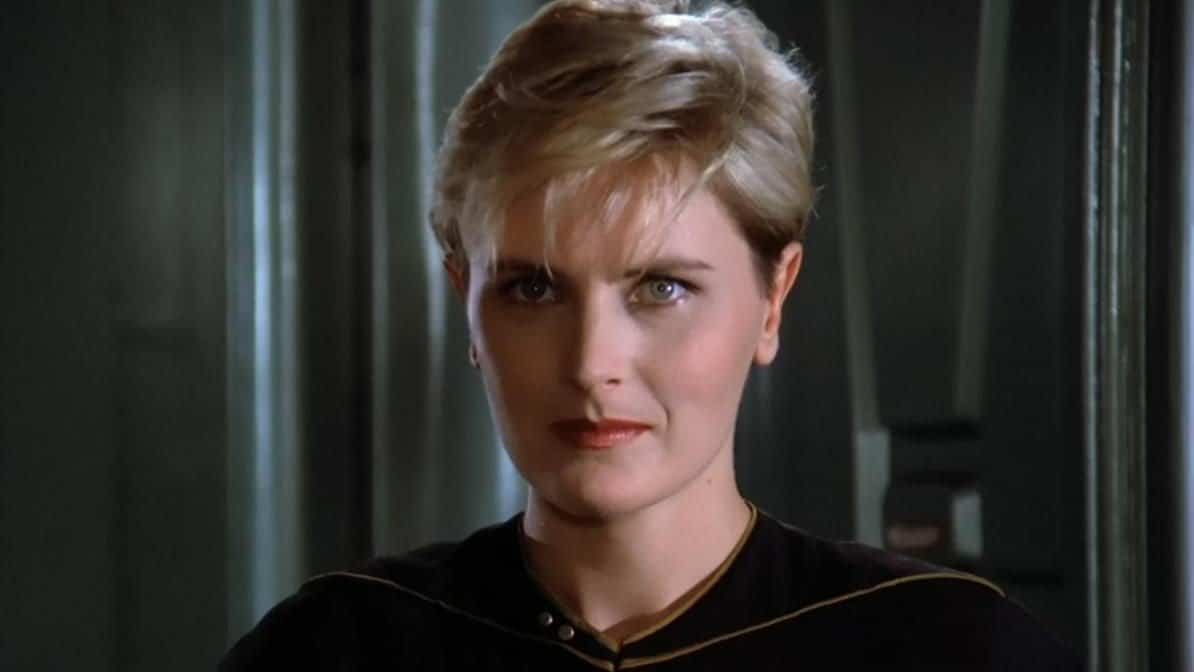 Tasha Yar was one of the main characters in the first season of Star Trek: The Next Generation, but, many would say, unfortunately, it was also her last season on the show. So why is that? Why was Tasha Yar (Denise Crosby) killed so easily?

She wasn’t happy how her role was developing and didn’t want to say “Aye, aye, captain,” for many years to come.

And that is her side of the story, that she told in an interview that we will mention below as well.

Who was Tasha Yar?

Natasha ‘Tasha’ Yar is a fictional character from the American science-fiction series Star Trek played by Denise Crosby. She only appears in the series New Generation and is killed in the first season of the show in the episode The Exterior of Evil.

She was chief of security aboard the Starfleet starship USS Enterprise-D and carries the rank of lieutenant. Her character concept was originally based upon Vasquez from the Aliens (1986).

Why Did Tasha Yar (Denise Crosby) Leave Star Trek: The Next Generation?

Later she gave an interview for the official Star Trek site, and we will bring you a part of it here, but you can read whole on the link we provided.

I was miserable. I couldn’t wait to get off that show. I was dying. This was not an overnight decision. I was grateful to have made that many episodes, but I didn’t want to spend the next six years going “Aye, aye, captain,” and standing there, in the same uniform, in the same position on the bridge. It just scared the hell out of me that this was what I was going to be doing for the next X-amount of years. I think you have to take your chances. I was really young. I didn’t have to make house payments or put kids through private school or support people. I was free to make those kinds of decisions. I’d been in acting school really dreaming of playing all kinds of different things. Whether it’ll happen or not, you don’t know, but you’ve got to give yourself a chance. God forbid you go through your life thinking, “What if?”

The actress also notes how she never expected to return to the series:

I was surprised at so many levels. First of all, my character was dead. But, I did leave on really good terms. Gene Roddenberry and I met one on one in his office. There was no animosity. I don’t know that anybody really wanted me to go. I think it stirred up a lot of things in all the other cast members. I’m not exactly sure what, but you’ve got to question your own commitment or your own place, what you’re doing there. I think it stirs up stuff. However, Gene and I were very clear about what was going on. He said to me, “I don’t want you to go, but I get it. I get why you’re leaving. I was a young writer at one time and I was hungry and I was frustrated, and I get that.” We hugged and that was it. He got where I was coming from. So I was very happy to come back for “Yesterday’s Enterprise,” and in a certain way, I had more to do in that episode than I’d ever had to do before.

As you can see from parts of this interview, and if it is to be believed to this version of why she left TNG, she wasn’t happy how her character was developing.

From the start, and her casting, it can be seen she wanted a big role in The Next Generation (and maybe even bigger role altogether), that of Deanna Troi, and she was probably disappointed she didn’t get it, but instead of that, she got a role that wasn’t developing the way she was hoped it will.

How did Tasha Yar die in Star Trek: The Next Generation

After she wanted to exit the show, her character was killed during an away mission to Vagra II in the 23rd episode of TNG season 1 named “Skin of Evil”.

Tasha was unceremoniously murdered by an alien creature called Armus.

Tasha Yar became the first Star Trek series regular to be killed off and after her death, Worf took her place as Security Chief.

Below you can see where and how she met her and in Star Trek: The Next Generation.

Did Tasha Yar return to TNG and how

Yes, Tasha Yar returned to Star Trek: The Next Generation on multiple occasions.

Two years after her exit, during season 3 of TNG, she returned in the episode “Yesterday’s Enterprise”.

The arrival of the U.S.S. Enterprise-C through a temporal rift created an alternate timeline in witch Tasha Yar came back on the Enterprise’s bridge in a new reality where she never died and the United Federation of Planets was at war with the Klingons. After Guinan (Whoopi Goldberg) convinced Tasha and Picard that this reality wasn’t meant to be, Yar chose to accompany her new love interest, Lieutenant Richard Castillo (Christopher McDonald), back to the Enterprise-C to die with him in the past and set the timeline back to normal.

But, as we said above, that is not the only place Tasha, and more importantly the actress Denise Crosby returned in TNG.

Tasha didn’t die in that alternative timeline, but she was captured and enslaved by the Romulans. She then gave birth to a half-Romulan daughter named Sela, who was played by Denise as an adult, making Crosby the first Star Trek actress to portray her own offspring. Not only that, but Crosby created the idea of Tasha having a daughter, who TNG’s writing staff revised to be half-Romulan. After her mother was executed when she was 4, Sela grew up to become a Romulan Commander who was an enemy of the Enterprise-D. Sela clashed with Picard’s crew in the “Redemption” and “Unification” two-parters but her final fate was never defined.

Many fans believe Sela still lives somewhere out there!

And for the last time, the original Tasha Yar reappeared in the TNG series finale, “All Good Things”, which was set in three different time periods of Picard’s life. In the past events occurring during the events of Star Trek: The Next Generation’s series premiere, “Encounter at Farpoint”, the young Tasha was once again at her station as Security Chief of the U.S.S. Enterprise-D.