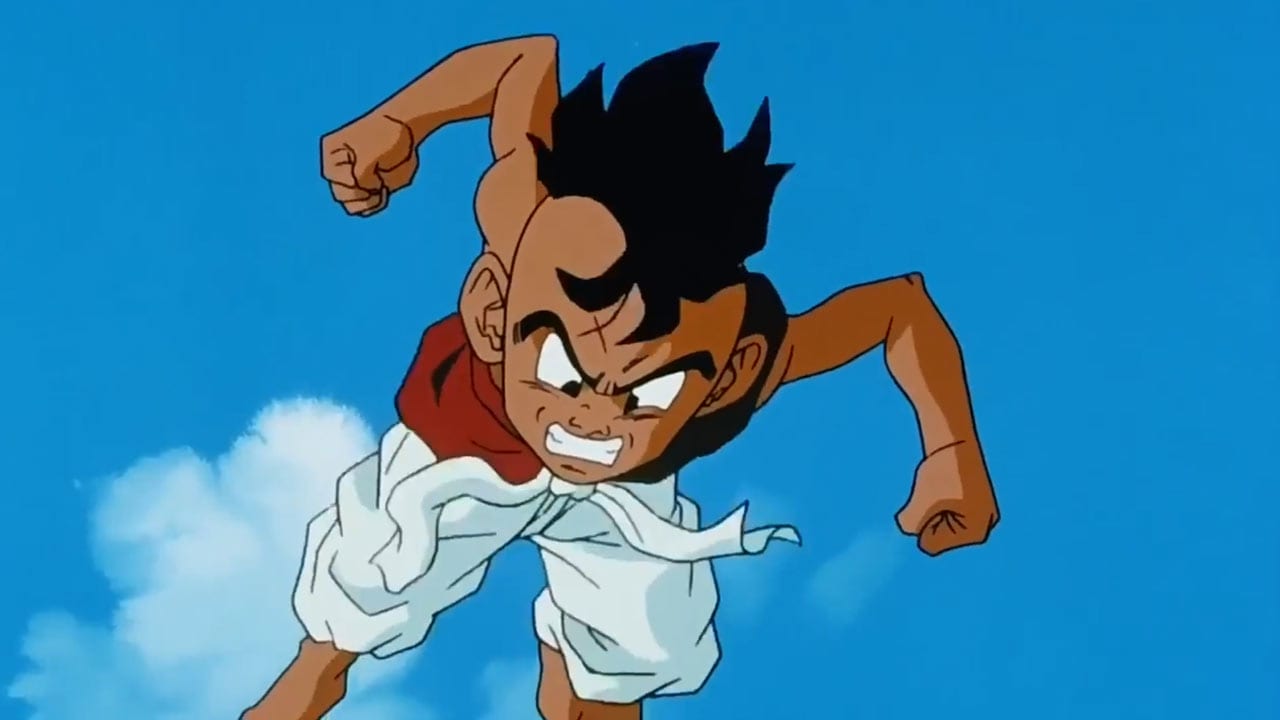 You certainly heard about the Dragon Ball Z series and must be in love with all the characters. Uub poses top-notch capabilities and power, which makes him the most potent human character. Is Uub existence just the wish by Goku? So, what do you think happened to Uub in dragon ball Z?

In Dragon Ball Z, Goku takes Uub as his student to train him to make him powerful. After years of training, Uub was not a timid little boy anymore but a strong and muscular man. Uub participates in numerous battles to save the Earth.

Just read the below article to know more about the happenings of Uub in Dragon Ball Z. Let’s get in the ride!

Uub is the human form of Buu; also, you can say the reincarnation of Majin Buu. Goku defeats Majin Buu, but Goku hopes that he can fight him again if he reincarnated into a good man after the death of Buu. King Yemma wants to grant Goku’s wish and reincarnates Majin Buu as Uub, who is a good man with a pure heart.

Uub lives in a small village on a humid island with his family. His family is not doing well financially, and he is the oldest of his five siblings. Being the oldest, he has a responsibility to take care of his family and provide them food.

In youth, Uub has dark skin, dark eyes, and black hair. Usually, he wears traditional robes, consisting of white pants tied with a white belt and a one-shoulder top in brown color. Uub anger is his power trigger. When Uub gets angry, he automatically unleashes his power, and his eyes turn red.

You will see Uub as the most powerful Earthling Z Fighter. He has a tremendous amount of power hidden in him. Goku is a mentor to Uub, so Uub grows more potential and power to fight with Goku without any fatigue. Therefore, Uub is the most robust human character in Dragon ball Z.

Uub can enhance his power and combat skills at a shocking rate, where you will be amazed to see him able to match Goku’s base level. Uub used his strong shout, which can destroy almost anything, but not as strong as Majin Buu’s as his angry shout can unleash the powerful beast hidden within him.

Is Uub a Saiyan?

Uub is considered to be the strongest human character in Dragon ball Z. Still, he is not a Saiyan because he is not a pure-blood Saiyan or having a gene of any pure-blooded Saiyan like Goku, Vegeta, Nappa, and many more.

During the war with the Tuffle name Baby in the Baby saga, Uub is saved by Majin Buu and fuses him to become Majuub, also known as super Uub. After the fusion, he becomes more muscular and powerful and wears the outfit just like Majin Buu.

Due to this fusion, he contains many of Buu’s abilities, like turning things into candies, and he can feel a huge boost in his power, which makes him powerful enough to fight super Saiyan. Being with the human base, Uub can’t regenerate his body and also can’t go for body manipulation. After the fight with the Baby, Majin Buu never separates himself from Uub.

Uub has many powerful and robust abilities, which makes him different from any other character in Dragon ball Z. He can attack the lightning impact on his enemy just like Vegeta’s flash lightning. He can generate a super-exclusive wave and quake blast.

Besides, Majuub can fire his Majin beam as his signature move from his index finger and middle finger to turn anything into food. He can just damage anything by exerting flurries of lightning arrows and super energy waves, which he uses to destroy his enemy.

How did Uub die?

In Baby saga (Dragon ball Z series), the Earth is attacked by the Tuffle parasites named the Baby, and all the strongest Saiyan are controlled by the power of the Baby and follow him to destroy the Earth. Baby already attacked Goku and killed him, but in actual he is being teleported to Kibito kai.

Meanwhile, Gohan and his wife Videl are possessed by Baby’s power and influence. Therefore, both of them are going to kill their daughter Pan ordered by the Baby. At the same time, Uub appears and rescued Pan from both of them. To avenge Goku, who is his mentor and friend, he confronts the Baby.

Uub is dominated by the Baby’s attacks and can do nothing more but wait for his death from the Baby’s hand, who has killed his mentor in the same way. Eventually, Uub is saved by Majin Buu and fuse with him to become Majuub. After fighting with theb Baby for a while, Majuub still turns into the chocolate and gets eaten by the Baby.

Uub was presumed to be dead when Baby Vegeta turned into a great golden beast and ready to attack Goku, but at the same time, Majuub stopped the Baby from inside and declared that he does everything purposely to weaken the Baby from his inside. After Baby spits Majuub out, Goku has enough time to fuse with four super Saiyan and defeat Baby.

What Happened To Uub in Dragon Ball Z?

To sum up, what happened to Uub in Dragon ball Z is quite thought-provoking. Uub is an amazing martial artist. To support his family, he participates in the 28th World Martial Arts Tournament to win the prize money for his needy family.

Uub has to fight with Goku, but he is quite nervous whenever Goku makes a move. During the match, Goku provokes him to bring his anger out to unleash his power, which increases to the point where it can hurt Goku in his base form.

After the end of the match, Goku decided to train Uub and gone to his village to train him at the end of Dragon ball Z. Uub is now a teenage boy who wears a similar outfit to Goku’s. Also, he becomes more assertive and muscular after training with super Saiyan Goku.

After Dragon Ball GT, the Earth is attacked by the Baby, and Uub fused with Majin Buu. After fusing with Majin Buu, in super 17 sage, Majuub fought in the 31st World Martial Arts Tournament, hiding his identity and pretend himself as a Papaya man. Majuub fought until the finals but pretended to lose from Satan.

Majuub is knocked out after a few seconds but recover quickly due to his fuse form and saw the impressive fusion done by Goku and offer himself to fuse with anyone. Still, Gohan explains that it requires an equal power level for fusion, and just now, Majuub is being attacked by the Omega Dragon; he must not be at his peak in power.

During the war, Majuub rescued Chi-Chi to a safety region. Just think for a second, if all the Saiyan failed, then Majuub would be the only hope to save the Earth from the Shadow Dragon. Regardless of that, Goku formed a universal spirit bomb to defeat the Shadow Dragon. After the battle, Majuub says good-bye to his friends and goes towards his village.

The table given below might be more helpful for you.

In the end, we like to say that Uub is a fantastic human character in Dragon Ball Z, which has his unique powers and abilities compare to super Saiyan. He is worthy enough to be called the strongest human after super Saiyan.

Uub controls and trains himself to become a strong and powerful man with a pure heart. Compare to Majin Buu, who destroys everything, even after fusion, Majuub fought with the saviors until he dies against the enemy who wants to shatter the Earth into pieces.

Don’t worry; he is still alive, kicking, and resting in his village. Hope to meet him in the Dragon ball Z series.