Ryūsui Nanami is the son of the Nanami Conglomerate. He was revived by Senku Ishigami due to his navigation skills in water and air. He later becomes one of the Five Wise Commanders of the Kingdom of Science. He is always accompanied by his personal butler Francois. In this article, we are going to tell you everything you need to know about Dr.STONE‘s pivotal character, who is going to be voiced by Ryōta Suzuki in the upcoming third season of the anime series.

From an early age, Ryūsui loved working on bottled ships. And with his 100 million yen allowance, there was no limit to how big his collection could grow. Even from a young age, Ryūsui had high ambitions, and often his dreams would seem absurd to those of the Nanami Conglomerate. When he was in elementary school, his uncle had had enough of Ryūsui’s tales, telling him to realize when to give up, a phrase that would greatly offend Ryūsui every time he heard it, as it goes against the greed and desire that makes it characteristic.

After this argument, Ryūsui’s uncle would reduce Ryūsui’s allowance to “a mere 1 million yen”. After seeing this small amount of money, Ryūsui states that he doesn’t know the meaning of giving up and immediately goes to work earning more money for his wishes. He started by investing in the financial markets, stating that only his presence can generate growth in them, because people trust the Nanami name.

At the same time, he would start training and working out with a professional trainer. Ryūsui wins 100,000 yen in the “Dodgeball or Burnout” Tournament Grand Prize, showing off his athletic abilities, all while he was still in elementary school. At some point, Ryusui would start playing hundreds of different video games with friends, and would even try to play in virtual reality.

Then, Ryūsui would go for a run with his friends in a race track that he built himself; not so far away, Senku and his friends would be about to launch their rocket, not knowing that the two will meet in the future. In high school, Ryūsui started collecting real ships instead of bottled ones, and would even start captaining some of them, showing how skilled he was at a young age.

Asking Francois what he thought, Francois was quick to defend Ryūsui, adopting a similar mindset to him in that wishing is good, or in Francois’ words, noble. Ryūsui had apparently spent sleepless nights on a model of an ancient ship, and when Francois asks him why he would work so hard on a model when he has access to many real ships, Ryūsui tells him that those ships are good, but packed with modern technology.

He wants something with a touch of tradition, another big wish of his. Upon finishing the model, he tells Francois that he has just made a 1:48 scale motorized sailboat, and that one day he will find someone to help him make the real thing. When the petrifaction hit, Ryūsui was at Nanami Academy, the school where he grew up and studied.

His final position before being petrified for thousands of years was quite dramatic. He had his arm stretched out in the air, about to snap his fingers, one of his defining habits, a smile on his face. Ryūsui stated that he was with Francois when the petrification occurred, so it can be assumed that he was about to give his personal butler an order.

How powerful is Ryūsui Nanami?

Ryūsui has great strength, as he was able to hold his own in a tug of war with Ibara while Senku struggled. He is also very fast, being able to keep up with Chrome, who runs very fast. Years of sailing in the ocean allowed Ryūsui to develop a keen sense of how to judge the ocean. He was able to make an accurate calculation and how he can handle the situation while sailing.

Ryūsui also proved to be a good balloon pilot. He was also able to fly a plane that the Kingdom purchased from Stanley Snyder. Having spent years sailing, Ryūsui can predict the weather even when he hasn’t been in the ocean. Ryūsui is pretty smart. In addition to his weather skills, he is an accomplished ship’s architect. He could lead Minami to the Stone Formula since she was in charge of choosing who was petrified for Tsukasa.

He was able to quickly understand the situation both times he was petrified. As a child, he successfully invested in the financial market to make a profit. He also knows Morse code. When Ibara threw the Petrification Device at him and Senku, throwing his head at him, he improvised by attaching an earpiece to the petrification device so Senku could activate it with his phone.

Is Ryūsui Nanami a good guy?

Well, since Ryūsui Nanami is considered to be a friend of Senku’s, we can assume that he is, indeed, a good guy in the series. Since Senku needed an experienced sailor, he released Ryūsui even after learning of his identity. Senku finds his skills incredible and was amused when he created the currency that was needed to recreate society.

Ryūsui also finds Senku more conniving than him when he sees the latter working with everyone around him. However, there is mutual respect between the two, and Ryūsui mentioned that if they met in the pre-petrification world, he would hire Senku for his company. Although they briefly engaged in combat en route to America, they both agreed to acquire a former aircraft course.

Ryōta Suzuki (born December 22, 1998) is a Japanese voice actor. He is affiliated with VIMS talent agency. So far, in a career that began back in 2016, Suziki has made numerous appearances in various anime series, movies, video games, etc. In this article, we are going to give you a brief overview of his anime series voicing credits. 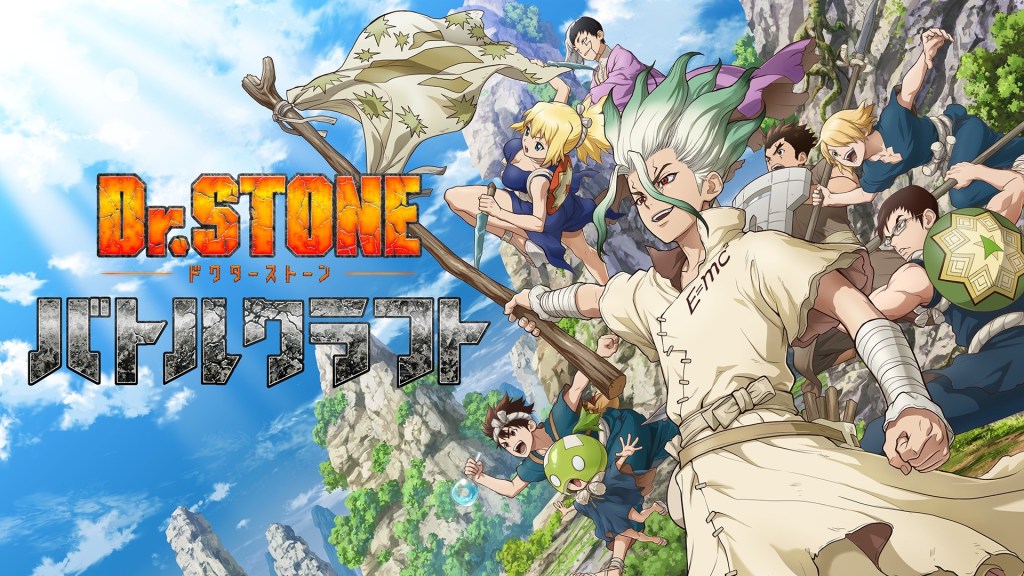 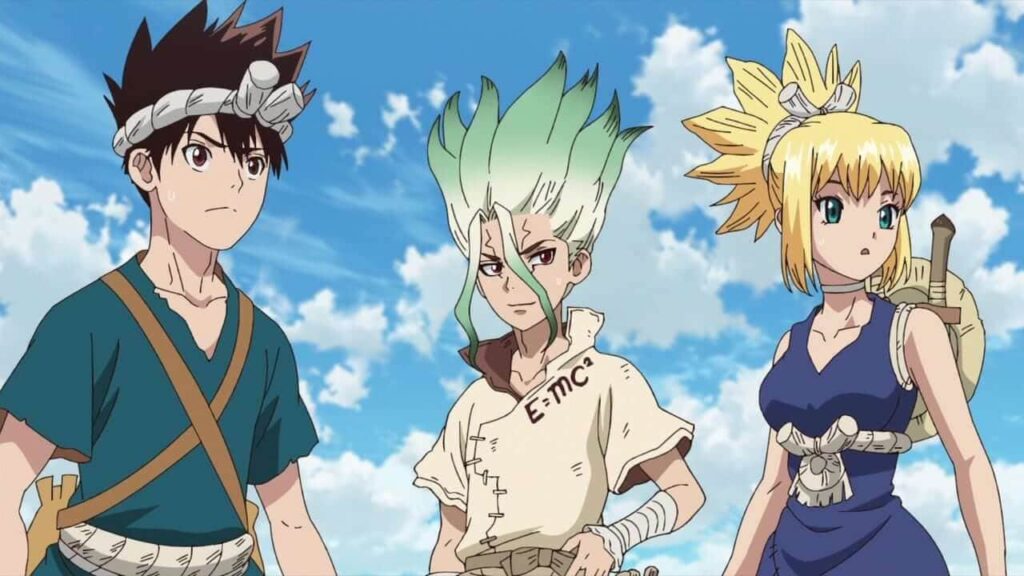 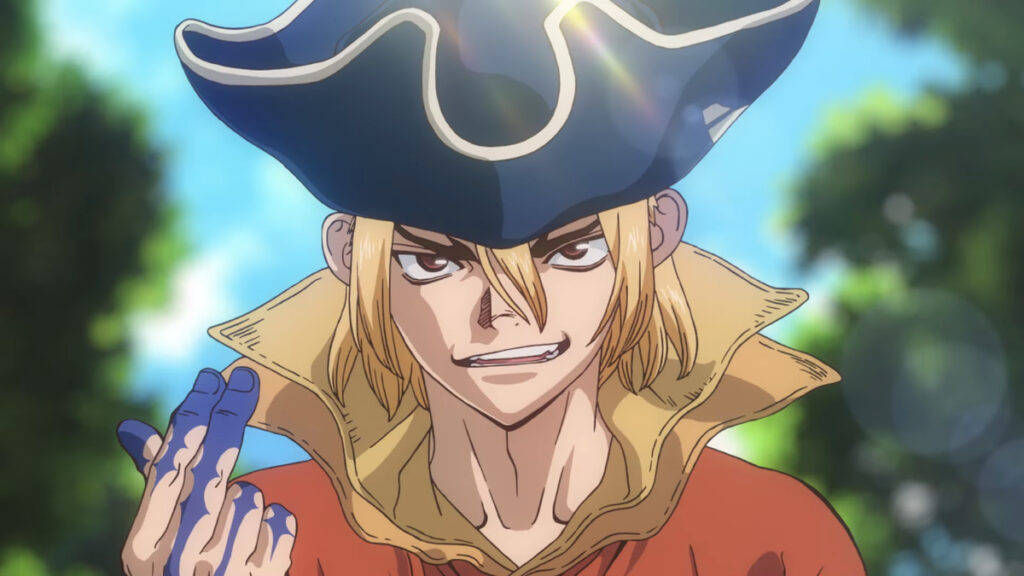